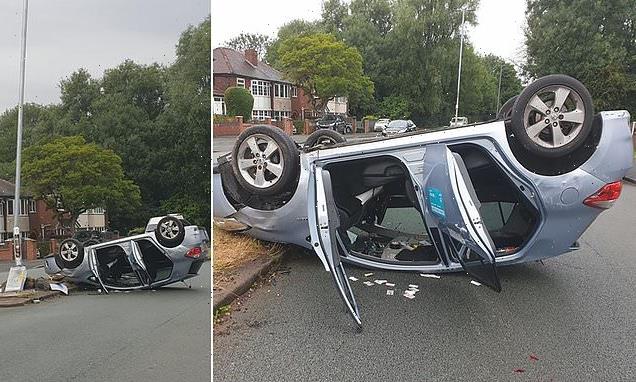 A minicab driver and their passenger have cheated death after walking away uninjured when the car they were travelling in smashed into a lamppost and flipped onto its roof.

Greater Manchester Police (GMP) said it was ‘unbelievable’ that the pair were unharmed in the crash on Lightbowne Road, Moston, on Friday afternoon.

The force shared photos of the accident’s aftermath on Twitter yesterday evening.

It said the lammpost they crashed into had been erected only a day earlier, and that the driver had been reported. 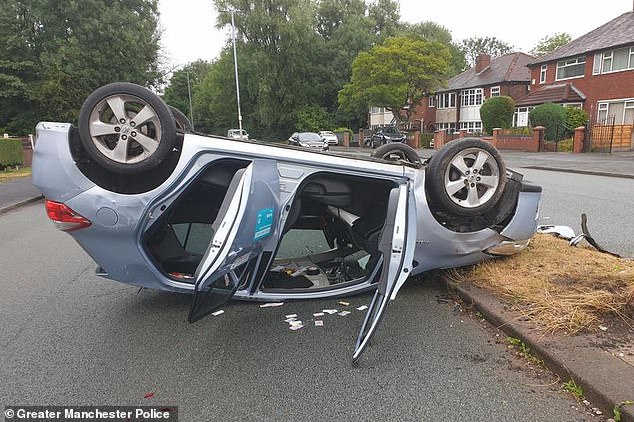 Greater Manchester Police (GMP) said it was ‘unbelievable’ that the pair were unharmed in the crash on Lightbowne Road, Moston, on Friday afternoon. (Pictured: Car overturned following collision with lamppost) 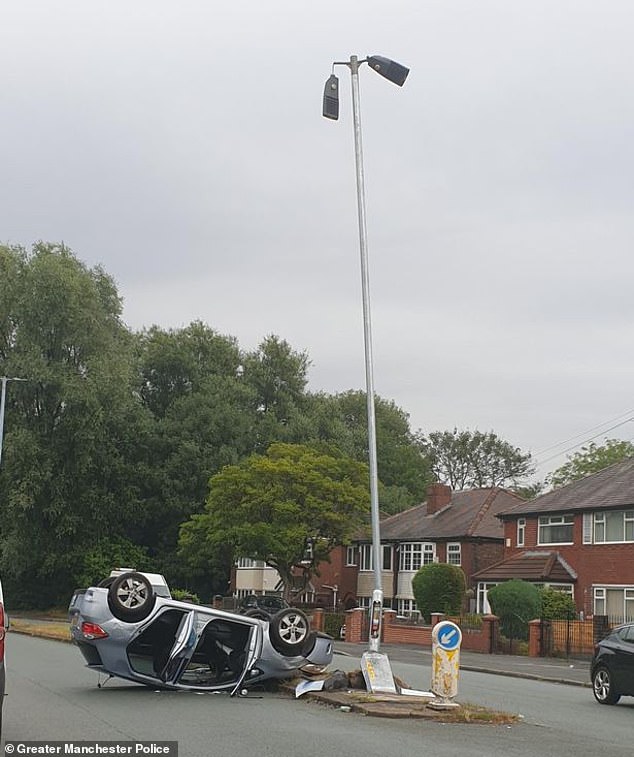 The force shared photos of the accident’s aftermath on Twitter yesterday evening. It said the lammpost the car crashed into had been erected only a day earlier, and that the driver has been reported

It’s not the first lucky escape made by motorists this month, after one petrol head filmed his beloved £200,000 Lamborghini supercar burst into flames while he was on a trip out with his daughter.

Ciro Ciampi, 45, and his daughter Tia were enjoying a drive in the Lamborghini Aventator LP 700-4 roadster when smoke began pouring out of the rear engine bay.

He was safely able to evacuate the youngster before alerting the authorities.

After stopping the car, Mr Ciampi opened the hatch to inspect the engine when he found it smoldering just inches behind where his daughter had been sitting some minutes earlier.

Mr Ciampi tried to quench the blaze with a fire stick, but his attempts proved ineffective.

In 2017, Lamborghini issued a recall for Aventador models after several reports of the cars catching fire due to a fault in the fuel systems. 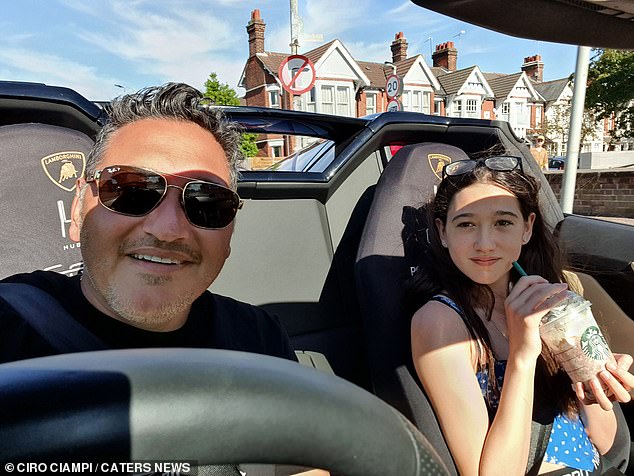 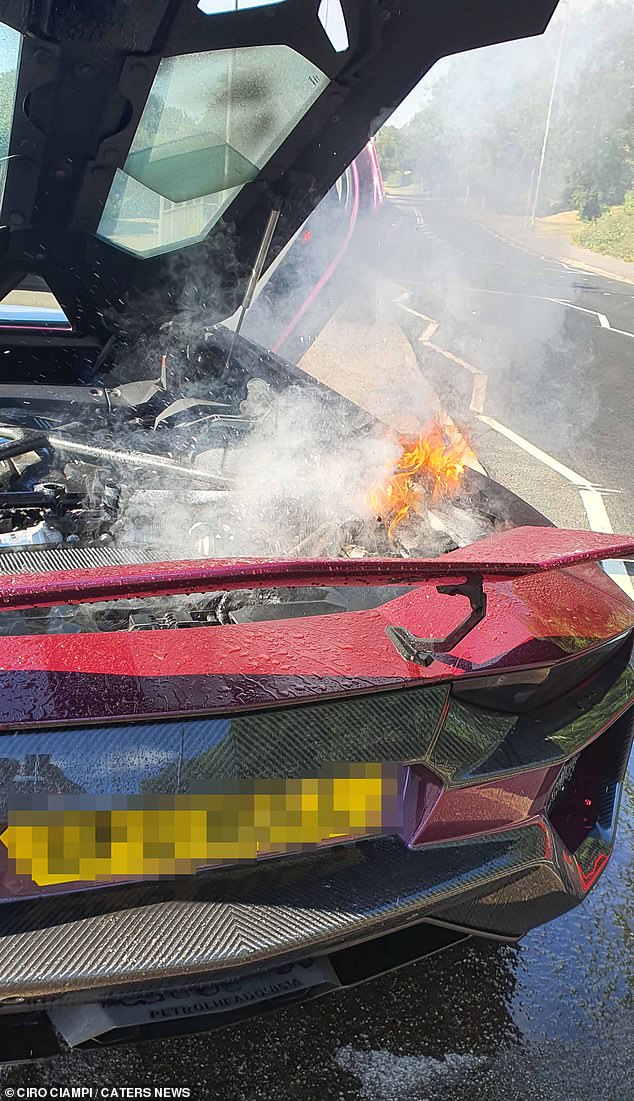 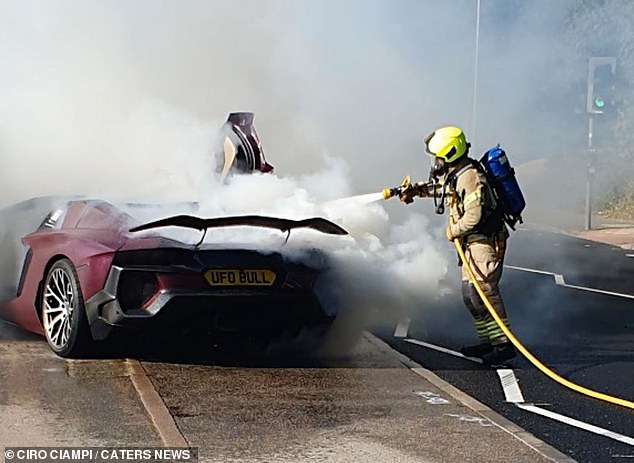 The £200,000 super car was destroyed within a matter of minutes  in Bedfordshire on Sunday

Investigators found that if the car’s petrol tank is overfilled, there is a risk of petrol fumes igniting after coming into contact with the hot exhaust.

The risk of fire was increased further if the cars were over-revved while at a standstill.

Mr Ciampi said: ‘My immediate concern was myself and my daughter. Once we were safe, I just wanted to minimise the damage.

‘I just felt totally helpless and wanted to raise awareness so I chose to film it to share how quickly a car fire can spread and destroy any car.

‘I filmed the video for our Petrolheadonism social media channels as a lot of my ambassadors and supporters have grown to love the car. Her name is Viola Ophelia, one of only two UK factory original painted Viola Ophelia cars.

‘The outpouring of support and love from private messages and publicly across our channels has been overwhelmingly positive and supportive.

‘I’d like to thank the team of Bedfordshire Fire Service for their speedy response and awesome firefighting skills, they were on the scene within eight minutes.’