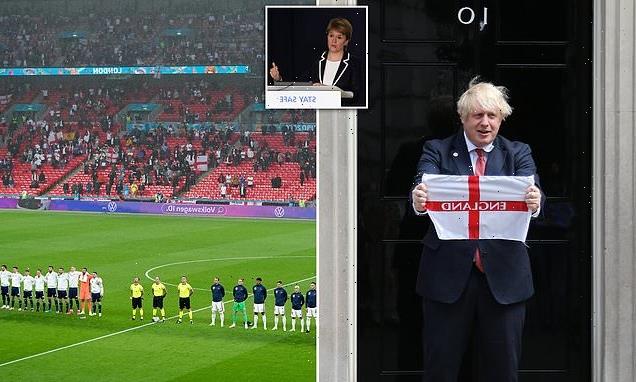 Ministers hope the bid for the 2030 World Cup can showcase the as Nicola Sturgeon pushes for another Scottish independence vote, it was claimed today.

Boris Johnson is pushing a joint British and Irish campaign to host the tournament in nine-years’ time, after the success of matches during the Euros despite coronavirus restrictions.

But government sources have suggested that the move could also help fend off the SNP’s separatist drive by demonstrating the ‘power’ of the UK ‘working together’.

Ms Sturgeon is demanding a re-run of the 2014 referendum in the next few years, even though that vote was billed as ‘once in a generation’. 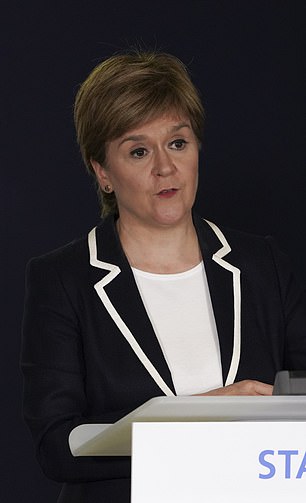 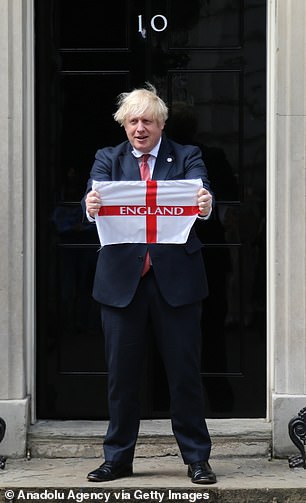 Boris Johnson (right) is pushing a joint British and Irish campaign to host the World Cup in nine-years’ time. Ministers hope the bid for the 2030 World Cup can show why the union matters as Nicola Sturgeon (left) pushes for another Scottish independence vote

Support for independence surged north of the border at the height of the coronavirus crisis, but has now fallen back.

The home nation football associations and the Football Association of Ireland are currently conducting a feasibility study on whether to bid for the World Cup, but will need UEFA’s endorsement to have a chance of winning.

That process was eased when Mr Johnson approved a large UEFA delegation coming to the UK for Euros matches without the need to quarantine.

A joint bid from Spain and Portugal is another candidate to be the European pick for the 2030 competition.

But the PM also strengthened the British position with his early opposition to the abortive European Super League project – which contrasted with softer responses from other countries.

Mr Johnson lobbied for the British and Irish bid at a meeting in Downing Street with Aleksander Ceferin, the President of UEFA, recently.

A government source told the Telegraph that the pitch was not simply a ‘union project’.

‘It will be a proper pan bid. It will be very much us all coming together and putting on a fantastic tournament for the whole world. I think it will show the power of us working together,’ they said.

‘It is a fantastic opportunity for us all to come together and deliver.’ 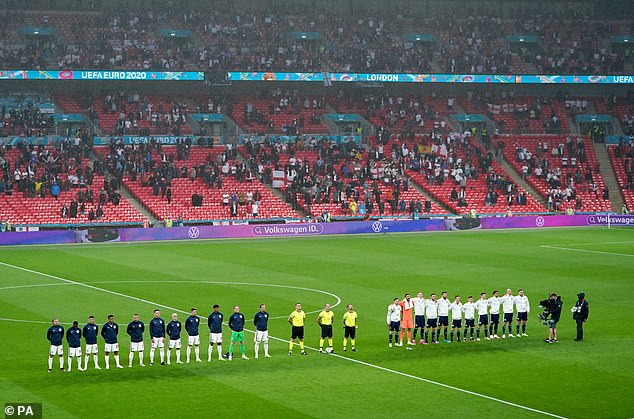