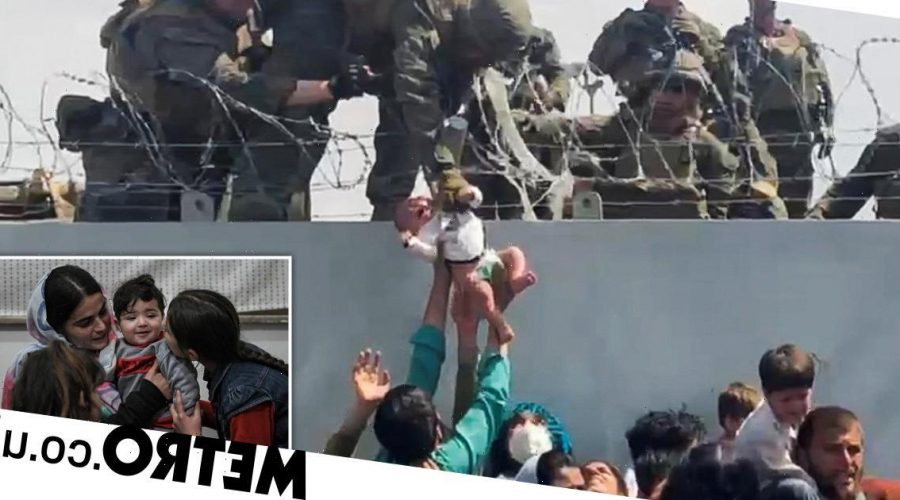 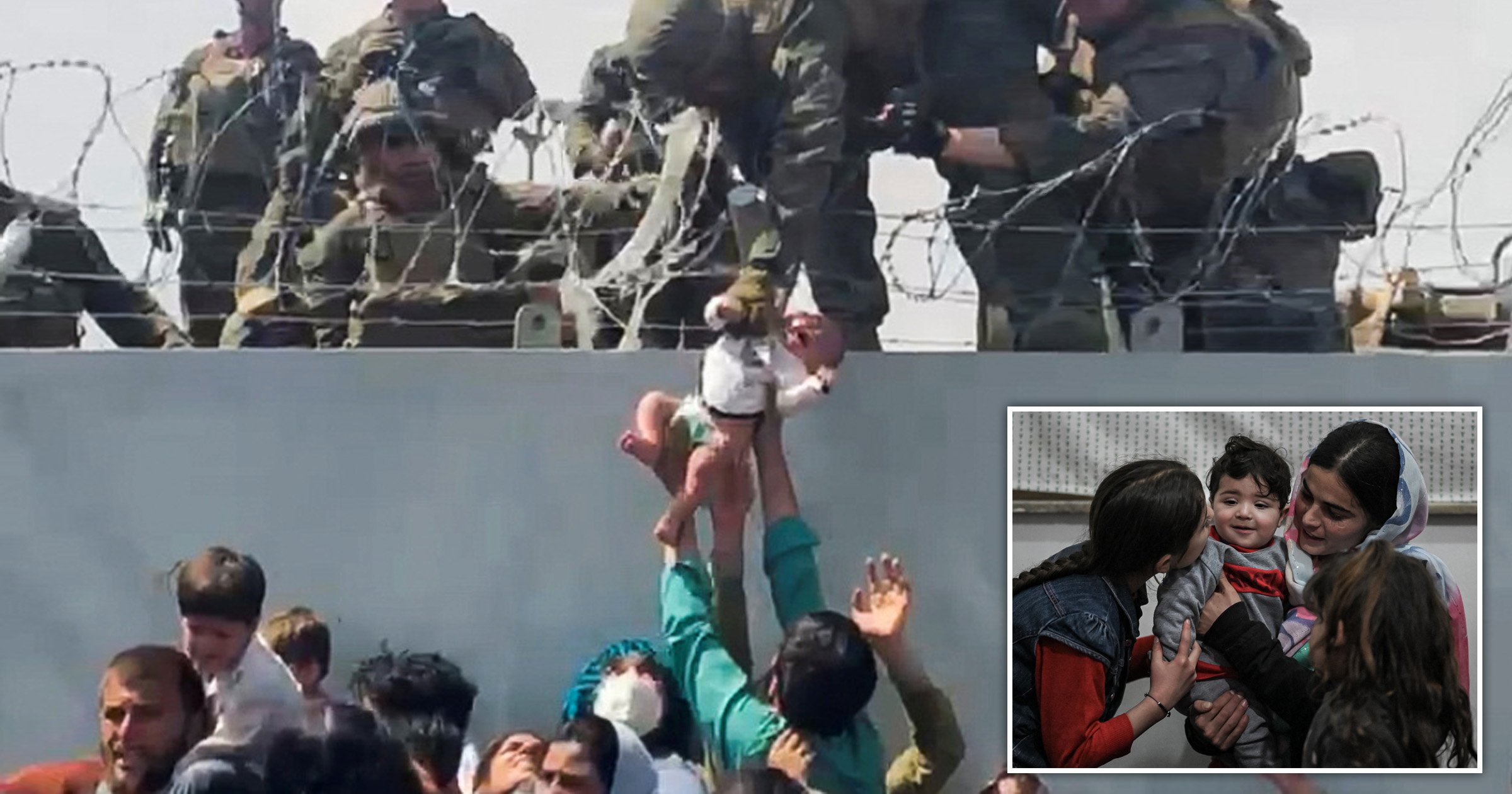 A baby lost in the chaos at Kabul airport as thousands fled Afghanistan last August has been found and given back to his family.

Sohail Ahmadi was just two-months-old when his father, Mirza, passed him across a wall to a soldier to avoid the boy being crushed in the jostling crowds as people fled the Taliban regime.

He had intended to collect him once inside the airport building but, following hold-ups, Mirza – who had worked as a security guard at the U.S. embassy – couldn’t find his baby.

The family ended up leaving without the infant after being told he was probably already on a plane.

In fact, Sohail had been found by taxi driver Hamid Safi, 29, who said he saw him crying alone and took him home for his wife and daughters to care for.

‘I took him to some women to breastfeed him but they would not… I kept looking for his family,’ said Mr Safi, who had gone to the airport to help his brother with evacuation.

‘I then called my wife and she said to bring the baby home.’

The couple said they kept searching for the boy’s parents but on failing to find them, gave him the name Mohammad Abed and began to care for him.

‘If we had not found his family then we would have protected and raised him as our own child,’ Mr Safi told AFP.

The Ahmadis’ appeal for information was seen by Mr Safi’s neighbours and Sohail’s grandad Mohammad Qasem Razawi — still in Afghanistan — offered gifts of a sheep and walnuts for his return.

Mr Safi initially refused to comply, saying he wanted to keep caring for the boy as part of his own family, but then the Taliban were alerted and brokered a £700 deal.

The Ahmadis watched on video as tearful Mr Safi gave Sohail to Mr Razawi at his home in Kabul.

‘There’s dancing, singing — it’s like a wedding,’ said the grandad, who hopes the child will now join his parents in Michigan in the US.

But for the Safi couple, being separated from the child they had cared for was ‘very difficult.’

‘I felt responsible for him like a mother,’ said Mr Safi’s wife Farimah.

‘He used to wake up a lot at night… Now when I wake up he is not there and that makes me cry.

‘I’m a mother. I understand he will not be with us always and he needs to be with his parents.’