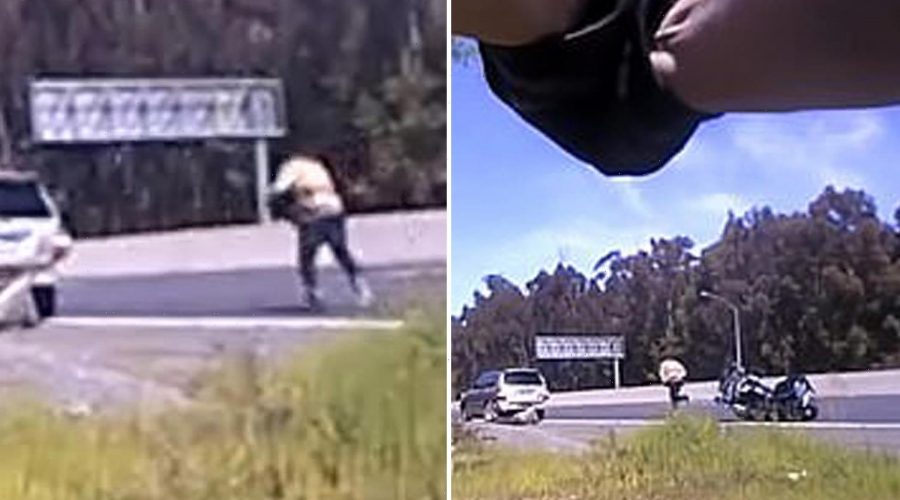 THIS is the shocking moment a cop shoots dead a fugitive during a chase after the suspect opened fire and tried to steal his motorcycle.

Dramatic footage shows Fremont police officer Brian Burch, rolling to the side of the road in a bid to avoid the bullets fired by the suspect. 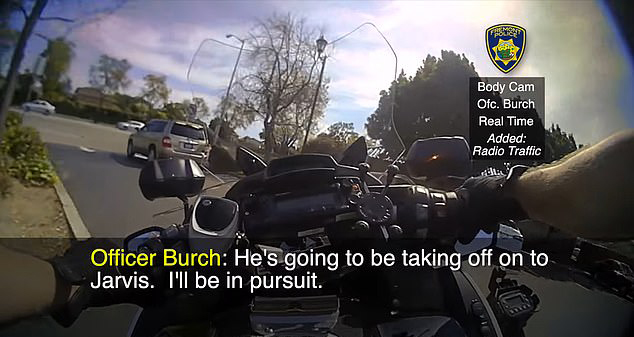 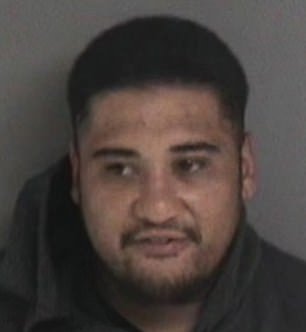 In the video, Burch can be seen shooting five times from 30 yards before the suspect collapsed to the ground.

The clip starts with officer Burch who was on traffic duty, driving his motorcycle in the Ardenwood area of Fremont towards Gloria's vehicle, after he heard it had activated a license plate reader camera in the area.

According to a police press release the SUV was reported stolen and was allegedly used in an armed robbery in San Francisco.

Burch followed the car into a shopping centre parking lot and asked him to pull over outside a Ross store. 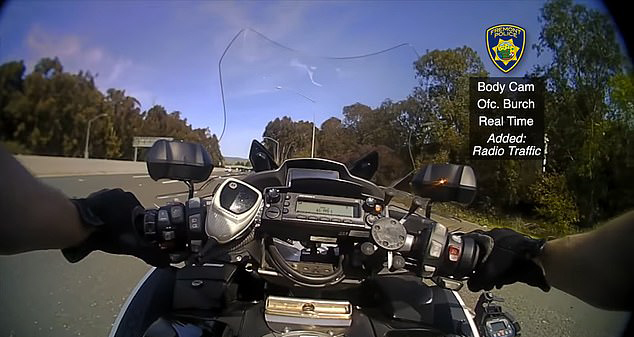 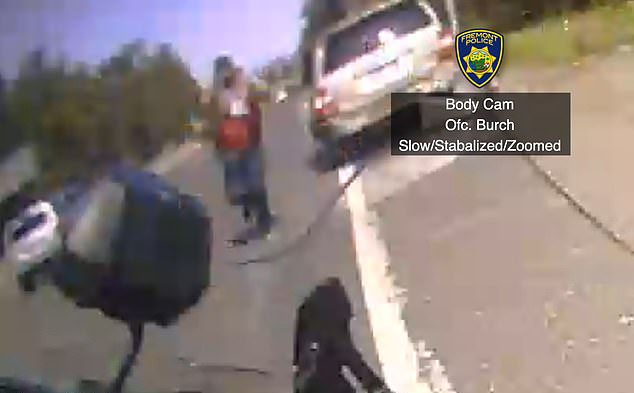 He can be heard saying :"Hey pull in, stop, pull over man."

But the suspect can be seen taking off instead, with Burch in pursuit.

He is following him onto State Route 84 when suddenly Gloria stops and starts shooting,

He then manages to get back on his feet and starts shooting at Gloria who was attempting to steal the officer's motorcycle.

After five shots, Gloria collapses to the ground. 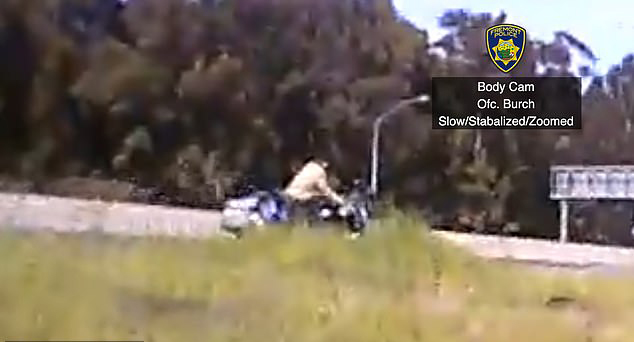 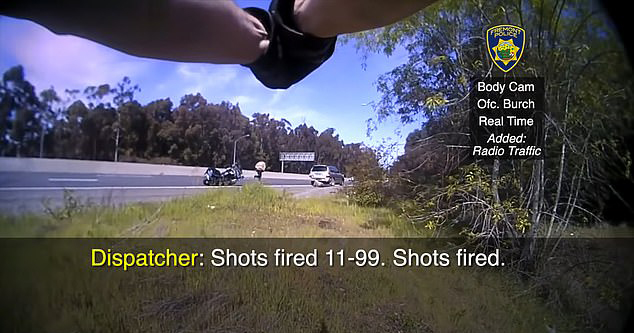 He died at the scene.

The San Jose Police Department had issued a warrant for Gloria’s arrest in connection with an attempted murder case at an illegal gambling parlor.

An investigation of the shooting by the California Highway Patrol and the Alameda County District Attorney’s Office is ongoing.