A drugged-up driver who led police on a high-speed chase through country roads in West Berkshire has been jailed.

Charlie Hawkins had taken cocaine and ended up crashing into another car during the chase in August last year.

Police spotted him driving dangerously in Goodboys Lane in a black Mini Cooper at around 9.15 am on Tuesday, 6th August last year.

Officers tried to get him to stop, but he sped off and during the subsequent chase he hit a number of other vehicles before eventually crashing.

No-one was injured which police say was ‘pure luck.’ 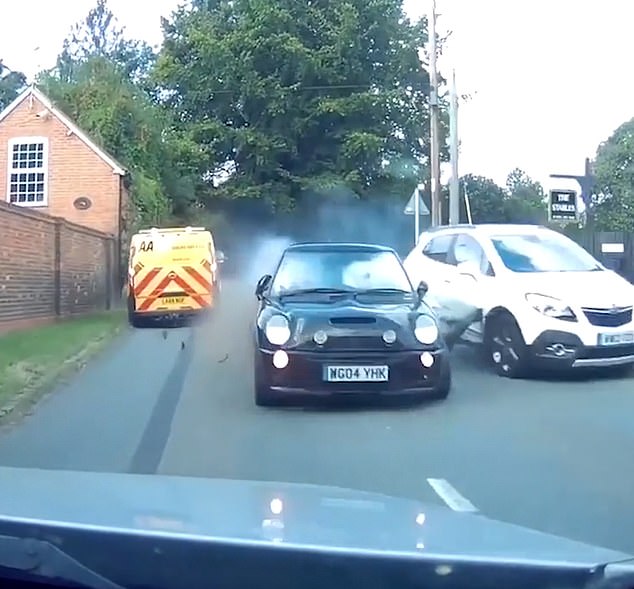 Hawkins, 26, of Alder Glade in Burghfield Common, admitted one count each of dangerous driving, driving while over the specified drug limit (cocaine and benzoylecgonine), possession of a knife blade/sharp pointed article in a public place and driving without insurance.

He was jailed for 16 months and given a driving disqualification for three years and eight months at Reading Crown Court on Tuesday, 17th March 2020.

Investigating officer PC Jamie Payne of the Joint Operations Unit for Roads Policing based at Three Mile Cross, said: ‘The manner of Hawkins’s driving was very dangerous, putting a number of other road users at great risk.

‘As you can see from the photographs we are releasing, it was just pure luck that nobody was seriously hurt, or even killed.

‘Thames Valley Police will never tolerate such reckless behaviour on our roads, and we will always look to bring offenders to justice.

‘I am pleased that Hawkins has been sentenced to prison where he can reflect on his dangerous actions.’