Holidaymakers were left gripping their seats in horror when hazmat-clad officials boarded a Ryanair plane bound for Pisa.

A passenger had received a text from track-and-trace minutes before take-off from London Stansted, triggering emergency coronavirus procedures.

The passenger and his companion were taken off the plane, Ryanair said, and moved to a Stansted Airport isolation area where they were met by health authorities.

Their seats and overhead cabin bins were then disinfected, before the plane was allowed to take off for Italy an hour and 40 minutes late, according to Flight Radar.

‘They were both wearing masks at all times at Stansted Airport,’ Ryanair said in a statement, ‘and for a very short period (less than ten minutes) they were seated on the aircraft prior to departure’.

‘There was little if any risk of coronavirus transmission to other passengers or crew members as all of whom were also wearing face masks at all times’.

Shocking video shows three officials dressed head-to-toe in protective gear approaching the individual on the plane as a crew member tried to keep passengers in their seats. 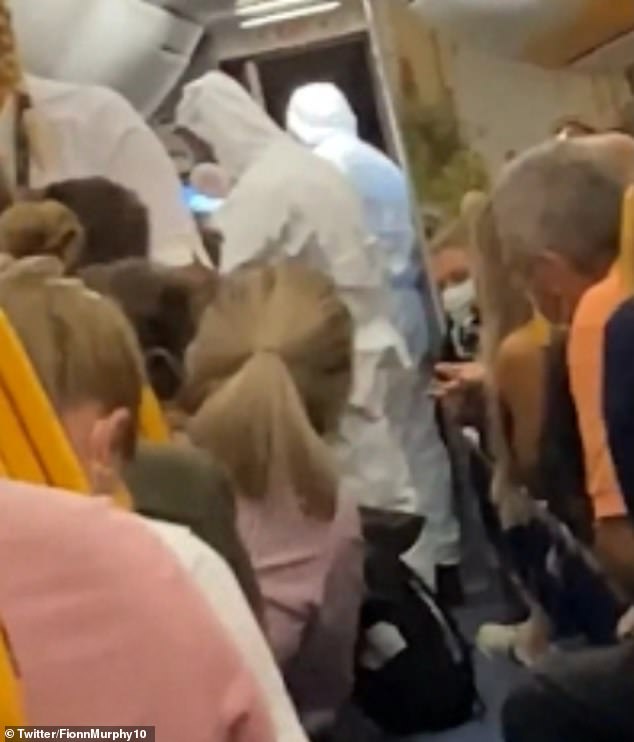 Hazmat-clad officials boarded a plane in London Stansted after a passenger received a text from track-and-trace minutes before take off. The flight was bound for Pisa 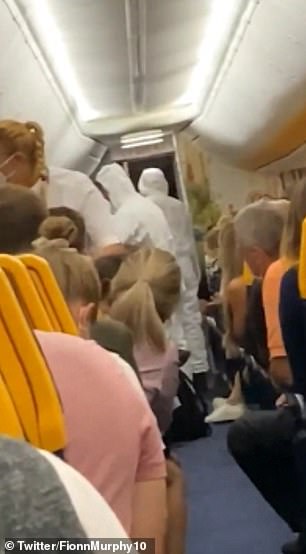 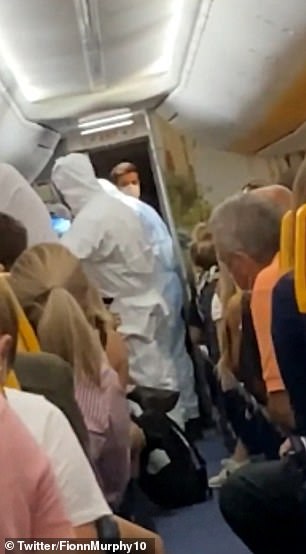 Horrified passengers clutched their seats as the customer was escorted off the flight. It was still allowed to travel on to Pisa after the individual was removed

A shocked passenger posted on Instagram a picture of herself and a friend wearing facemasks on the flight.

They said in the caption: ‘The face when you are about to take off and someone gets a text from track and trace.’

They added that police came onto the plane and claimed the individual was tested for coronavirus.

The Ryanair flight was still allowed to continue to Pisa, according to Flight Radar. It is unclear what action was taken by the Italian authorities. 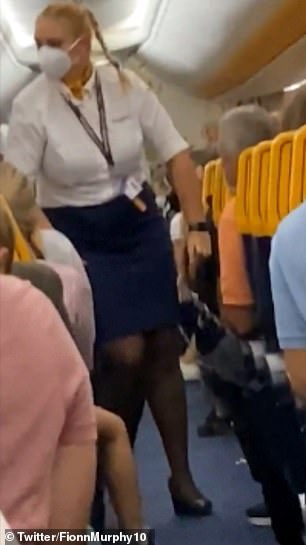 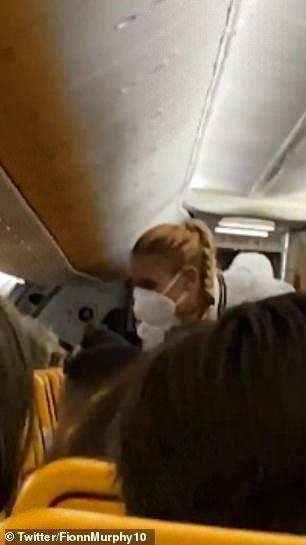 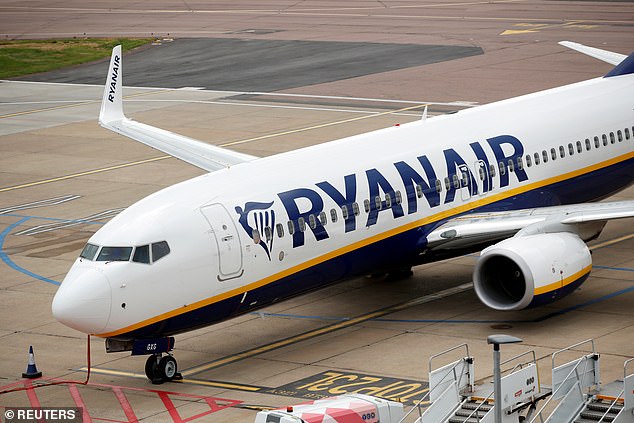 The country, that was at the epicentre of the pandemic, made facemasks mandatory in ‘all spaces open to the public’ between 6pm and 6am on August 16.

It recorded 479 new cases on that day, and yesterday recorded 1,367 new cases.