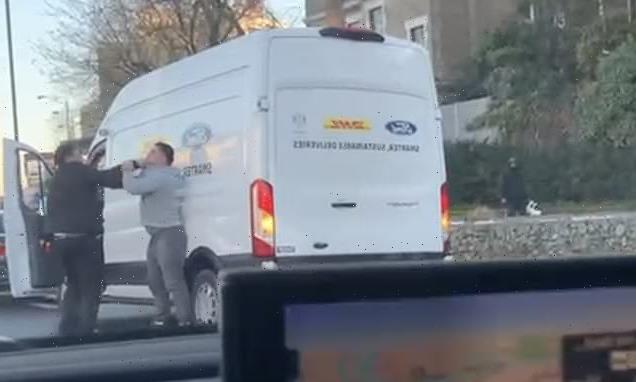 In a shocking video two fully grown men can be seen fighting across a busy London dual carriageway early on Saturday morning.

Motorists going about their day were shocked to see the carnage unfold as the two angry men pushed and shoved each other in the middle of the road.

It is unclear what caused the vicious altercation between the men who both sped off after the fight.

Speaking to the MailOnline, one eyewitness – who preferred to stay anonymous- described his surprise at seeing the two men risk their lives in the high speed scrap.

He said: ‘I was driving down the Westbound carriageway of the A4 past Earls Court on Saturday morning.

‘It was a lovely day so I was shocked when I saw the two men scrapping in the distance.

‘After pulling my car over, I began to record, before I started filming they were moving all over the road – they were really going at each other.

‘I couldn’t hear what they were saying but they were clearly giving verbals – I think one of them must have cut the other up,

‘It only ended after the BMW driver broke his glasses, then the pair of them just sped off.’ 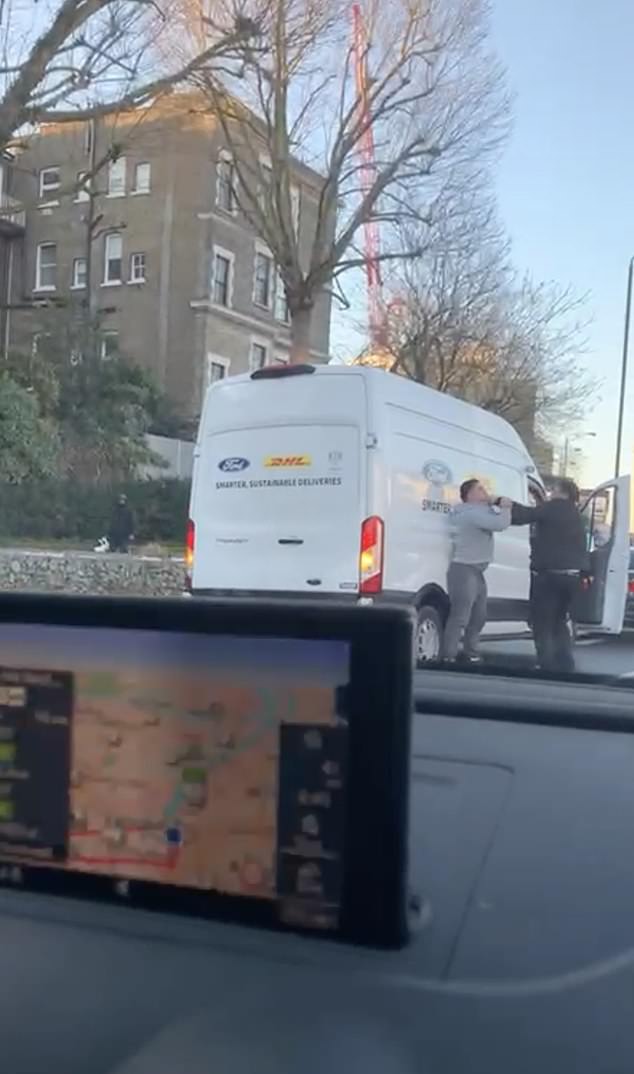 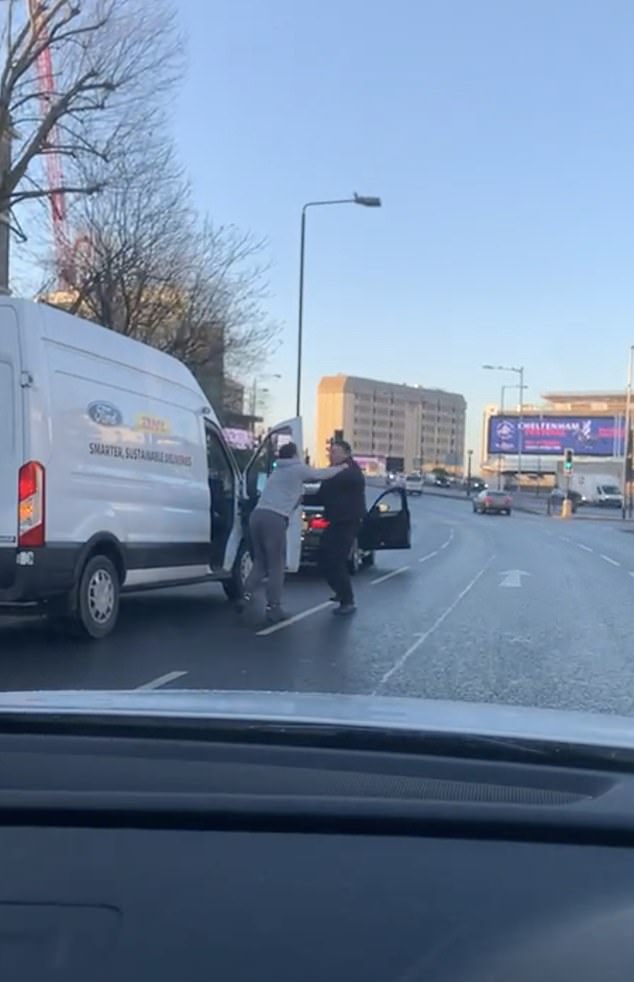 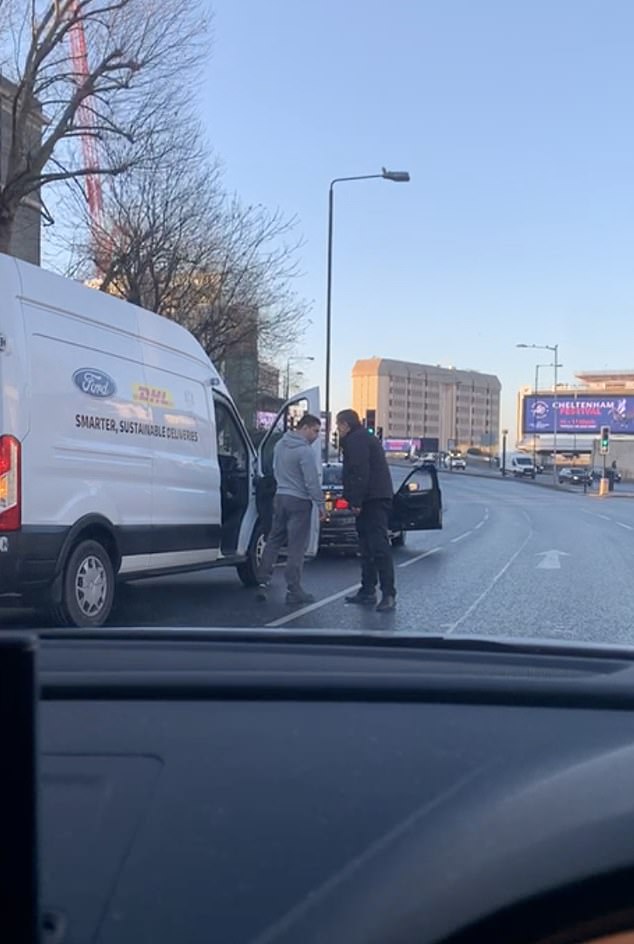 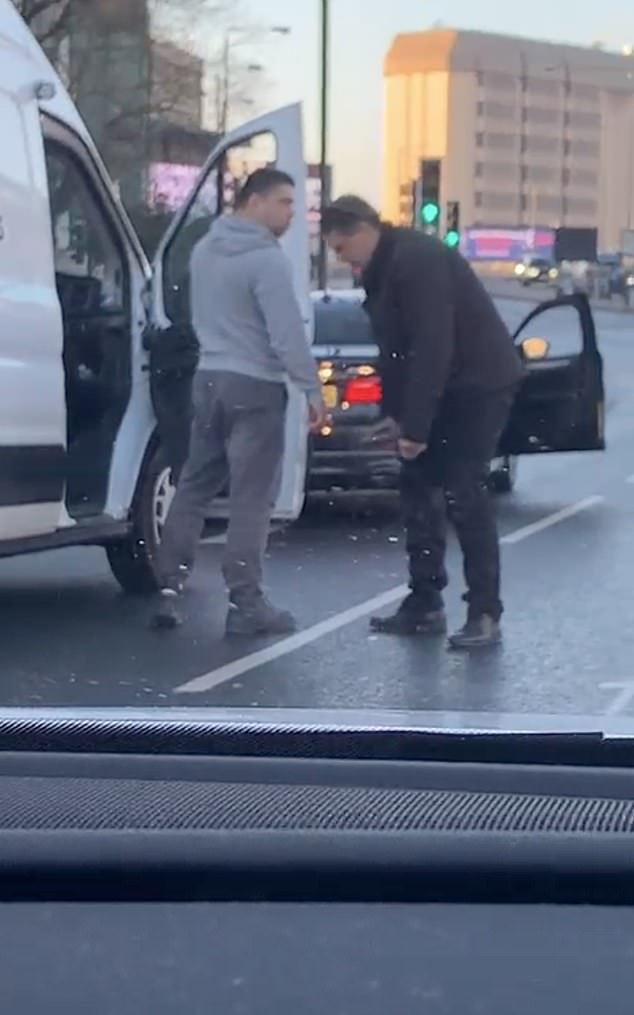 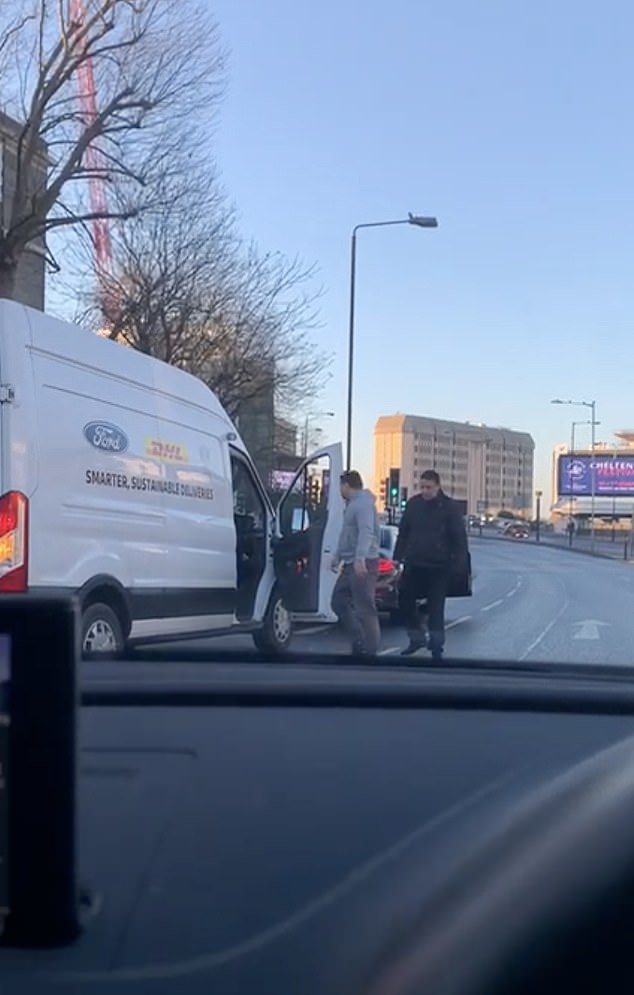 In the strange video, a man in a black fleece can be seen pushing a man in a grey tracksuit against a white van.

The other man fights back and pushes the man off him and back into the road where the brawl continues to the bemusement of drivers.

Following this, the two men simmer and puff up their chests at each other – waiting for the next to make the next move.

When neither does, both men realise they are in the middle of a dual carriageway and return to their vehicles – stopping only to pick up their broken glasses.