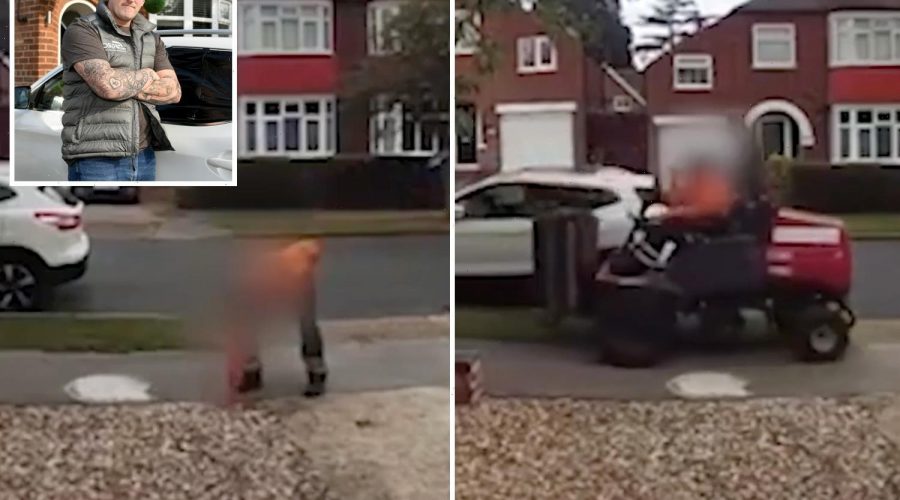 THIS is the moment a "sneaky" council worker smashes a dad's car window with a lawnmower – before trying to cover it up.

Furious Jay Elton, from Hull, discovered a window of his motor had been shattered one morning – but after reviewing his doorbell CCTV footage discovered what had happened. 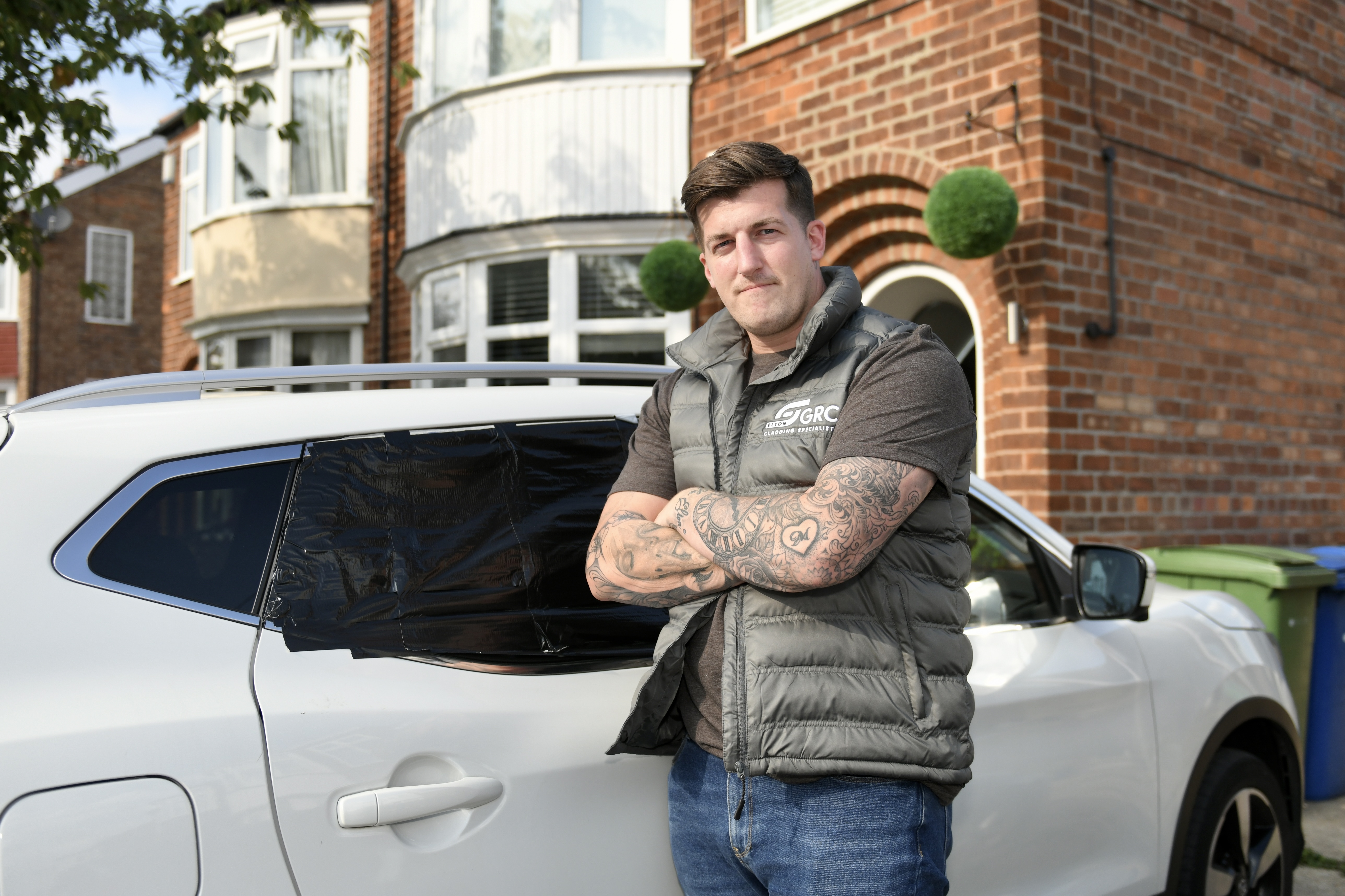 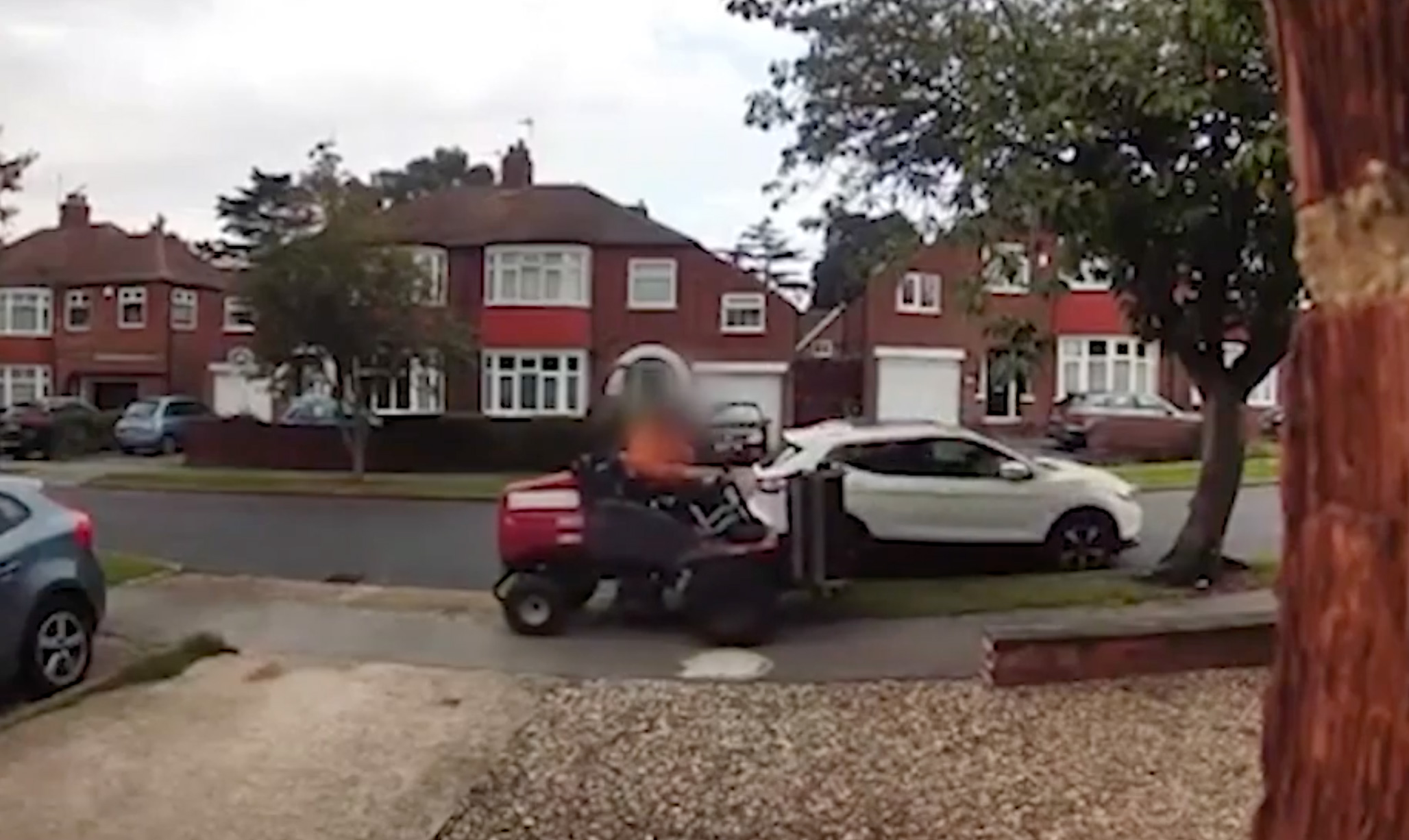 The 31-year-old saw the smash was caused by a council worker while he was cutting grass in Willerby.

CCTV footage shows the lawnmower going backwards and forwards on a strip of grass before part of the machine hurtles towards the car window.

Moments later, the worker can be seen pacing the pavement with his hands on his hips before picking up stone from Jay's front garden – which he says were placed around his car as a cover-up.

Dad-of-two Jay told HullLive: "It was really deceitful, he was trying to make it look like it was our fault in some way."

But when the fuming dad contacted East Riding of Yorkshire Council about the incident on September 6, they told him he would not be compensated.

They denied liability as they say the operative had made necessary checks to ensure there was nothing hidden in the grass.

Jay said: "I put an insurance claim in and found out yesterday that I will not be getting it because they claim he had checked the area before mowing the area. But I can see in my camera that he did not.

"I feel really sad as a council taxpayer that this is how we are treated.

"Accidents are accidents, we can all live with them, but this sly sneaky behaviour is not acceptable and not for council taxpayers."

Jay says he's been forced to fork out £550 to replace the window – and had to sell his five-year-old daughter's pony to get the cash.

He added: "I have had to walk my daughters to school in the rain because the car window is broken.

"It's been raining and the back of the car would get soaking wet because there is no window there." 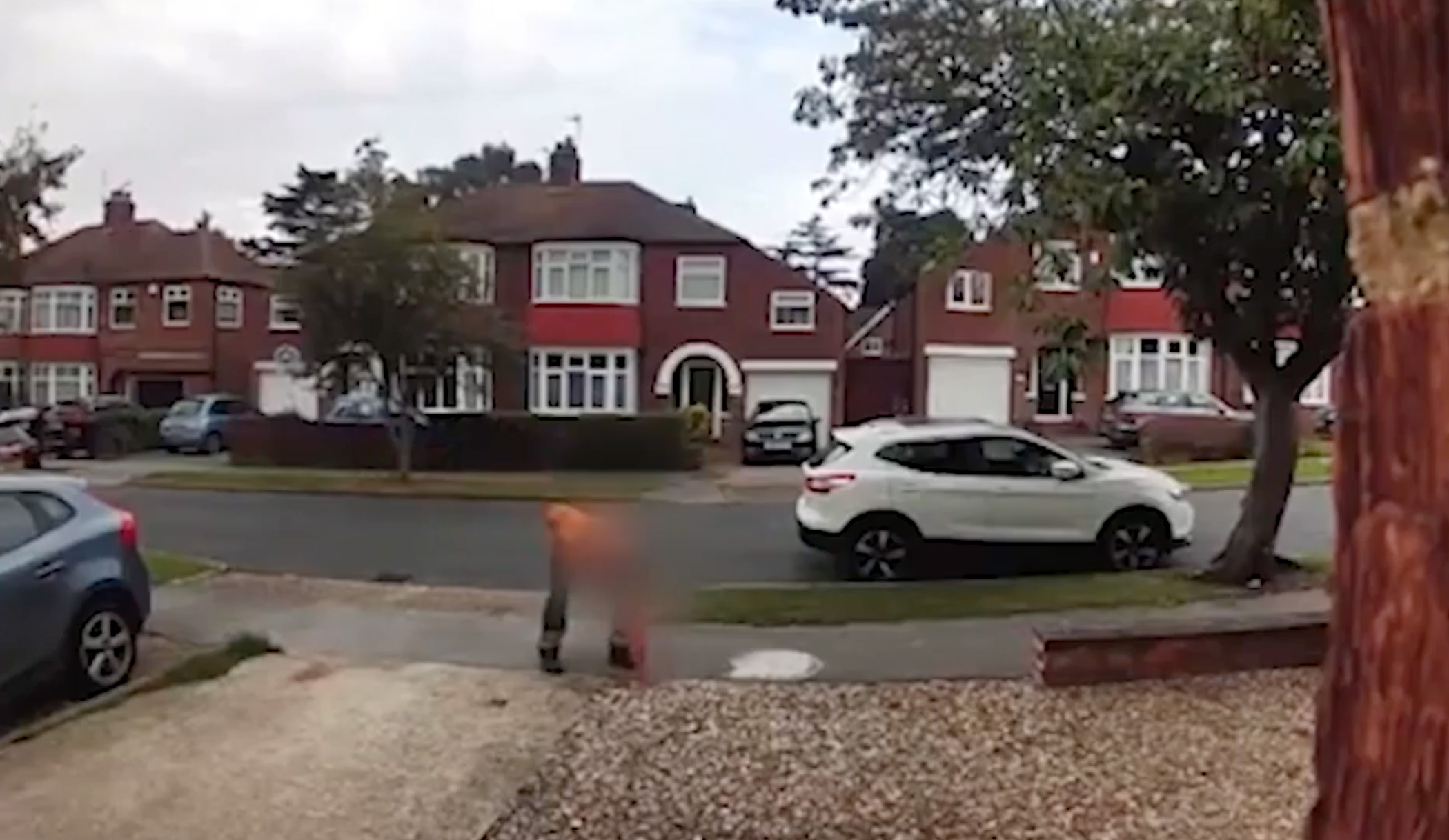