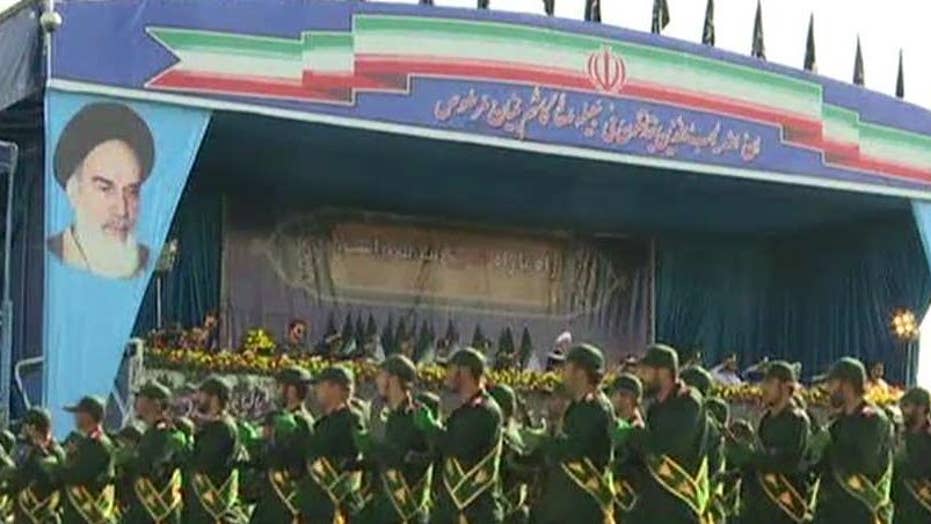 The Trump administration has been restoring sanctions once lifted as part of the Iran nuclear agreement; Rich Edson reports from the State Department.

As the Trump administration doubles down on the contention that Tehran is cooperating with Al Qaeda, another former Iranian commander has reportedly come forward with allegations about an Iran-Al Qaeda link.

Said Qasemi, a now-retired spokesperson for Iran’s Islamic Revolutionary Guard Corps (IRGC), told Al Arabiya that IRGC deployed undercover soldiers to Bosnia-Herzegovina during its conflict in the 1990s under the pretense that they were members of Tehran’s state-endorsed Red Crescent.

This is alleged to have been in cooperation with an Al Qaeda unit operating in the region, as confirmed by another IRGC official, whereby the two groups were able to engage in joint weapons training.

IRGC has long and persistently denied long-running claims by the international community, however, of any associations between the two factions — who view the U.S. as a staunch enemy – even as more claims and documents to the contrary have piled up over the years.

THE MASTER BEHIND THE MASK: WHO IS IRAN’S MOST FEARED AND POWERFUL MILITARY COMMANDER?

The annual Country Reports on Terrorism issued by the State Department last year reinforced global assessments that not only does Iran enable Al Qaeda to conduct international operations from within its borders, it also remains “unwilling to bring to justice senior Al Qaeda members residing in Iran and has refused to publicly identify the members in its custody.” 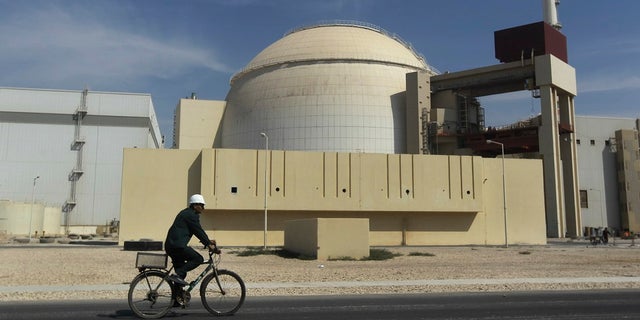 A United Nations report released last July noted that “Al Qaeda leaders in Iran have grown more prominent” and were specifically working to erode the Al Qaeda-connected Sunni rebel group Hayat Tahir al-Sham, which continues to dominate in the last remaining opposition bastion in the Syrian province of Idlib.

In 2017, documents obtained during the 2011 raid of Usama bin Laden’s Pakistan compound – which also killed the Sept. 11 financier and Al Qaeda leader – were finally declassified and revealed various instances of cooperation between the terrorist outfit and Tehran.

A year earlier, the U.S. Treasury Department slapped sanctions on several Al Qaeda operatives who had alliances with Iran, with the department having stated earlier that Iran had served as a “core pipeline” to maneuver resources and personnel between the Middle East and its South Asia hub of Afghanistan and Pakistan.

“For almost 30 years now, Iran and Al Qaeda have collaborated in their war against the Great Satan, America,” John Wood, longtime Iranian weapons and intelligence analyst, told Fox News. “Centered on and from the safety of Lavizan, a suburb of Tehran, the leadership of Al Qaeda and its key lieutenants have been payrolled, trained, planned and executed, attacks on the United States, including heir apparent, Hamza Bin Laden, military mastermind, Saif al-Adel, and Al Qaeda's nuclear chief, Abdel al-Aziz al-Masri.”

He also pointed to the notion that within “walking distance of a training camp supervised by trainers from Hezbollah and Al-Quds Force, and frequented by members of Al Qaeda, Taliban, Hamas and Islamic Jihad, as well as the Los Zetas drug cartel, Venezuelan and Cuban intelligence, who learn their murderous terrorist tradecraft, including the making of IEDs and decapitating people, as well as money laundering.”

“Around the corner is the headquarters of Iran's nuclear weapons program, FEDAT, as well as its principal R&D complex, Physics Research Center (PHRC) based at Malek Ashtar University, and last, but by no means least, underground nuclear weapons production facilities,” Wood continued. 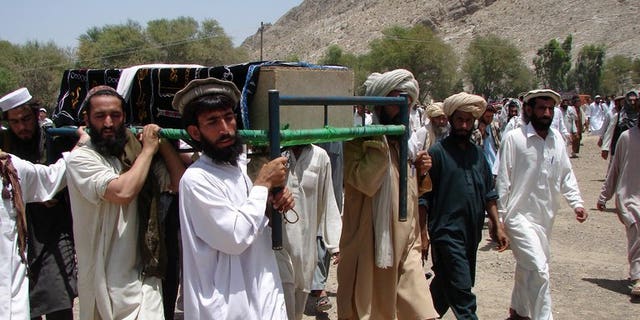 Pakistani tribesmen carry the coffin of a person allegedly killed in a U.S. drone attack, in Miranshah, in 2011. A U.S. drone attack struck a compound of the Al Qaeda-linked Haqqani network, killing at least 17 militants.
(AFP/File)

The nuclear weapons program is allegedly run by Mohsen Fakhrizadeh-Mahabadi, a senior officer in the IRGC. Mohsen is also said to teach classes on physics at Imam Hossein University, “which is just down the street, off Shahid Babaei Highway. In short, if Iran is the state sponsor of terrorism, then Lavizan represents its epicenter, and Al Qaeda is at its heart,” he said.

On the surface, such an alliance seems nonsensical, given that the Iranian government is a staunch follower of the Shi’a branch of Islam while Al Qaeda espouses an extremist interpretation of Sunni Islam and views Shi’a as ultimate betrayers of the faith. Analysts contend, however, that it’s a relationship of convenience that has benefits for both sides.

“It allows Al Qaeda to move personnel, funds and communications to and from South Asia. This 'core pipeline' connects Al Qaeda's senior leadership in Afghanistan and Pakistan with the organization's arms throughout the Middle East,” said Tom Joscelyn, senior fellow at the Foundation for Defense of Democracies (FDD), and senior editor of its Long War Journal. “From Iran's perspective, it provides insurance against a possible Al Qaeda attack inside Iran, as any attempt to attack would lead the Iranians to shut down the network.”

Since withdrawing the United States from the controversial 2015 JCPOA, commonly referred to as "the Iran Deal," a year ago, President Trump has maintained that Iran is “supporting proxies and militias such as Al Qaeda.”

GET THE FOX NEWS APP

Yet other experts have argued that such ties have been exaggerated and are largely unfounded.

A study released last August by the Washington-based think tank New America, which also examined the 2011 documents seized from the Bin Laden abode, concluded that there was next to no evidence that Tehran and the terror organization have worked together to carry out attacks. The report instead contended that Iran had grown “increasingly uncomfortable” with Al Qaeda’s presence in its country and, after the U.S invaded neighboring Iraq in 2003, took action to detain its members and deny them permission to exit is borders.