Council failures are causing more than 350,000 tonnes of food to be dumped in landfills each year sparking ‘harmful’ greenhouse gases

More than 350,000 tons of food a year are being dumped in landfill and emitting harmful greenhouse gases because of council collection failures, it has been claimed.

The Government is consulting on requiring councils to carry out weekly food waste collections by 2023. But environmental groups and the Co-op supermarket say it is taking too long.

According to Co-op, almost half of councils in England refuse to collect food waste, sending 356,000 tons to landfill. It says urgent action is needed to turn the waste into fertiliser or burn it for energy. 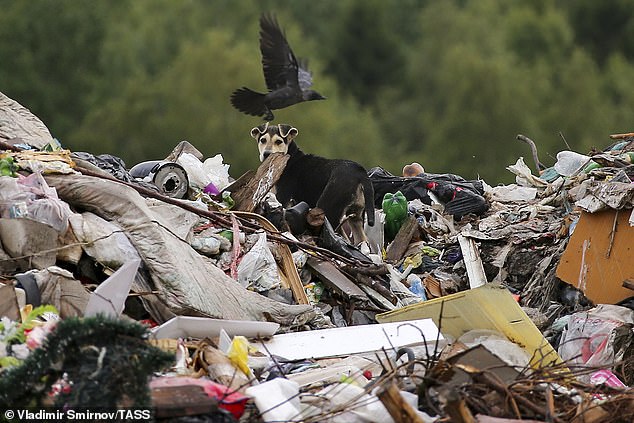 Some 356,000 tons of food waste is being left to rot in landfills across the country, releasing greenhouse gases into the atmosphere as they slowly rot away

Some are squeamish about kerbside food waste collection because of potential mess and odours. But Co-op says its compostable carrier bags – designed to have a second use as food waste caddy liners – could be a solution.

Co-op’s Michael Fletcher said: ‘We are committed in helping our members and customers to make environmentally friendly choices.’

Related posts:
17/08/2019 World News Comments Off on More than 350,000 tonnes of food to be dumped in landfills each year
Lifestyle