SANTA may struggle to get down Brits' chimneys this Christmas Eve.

A string of bizarre objects have been cluttering up flues across the UK – from WW2 weapons to undies, children's toys and even £5,000 in cash. 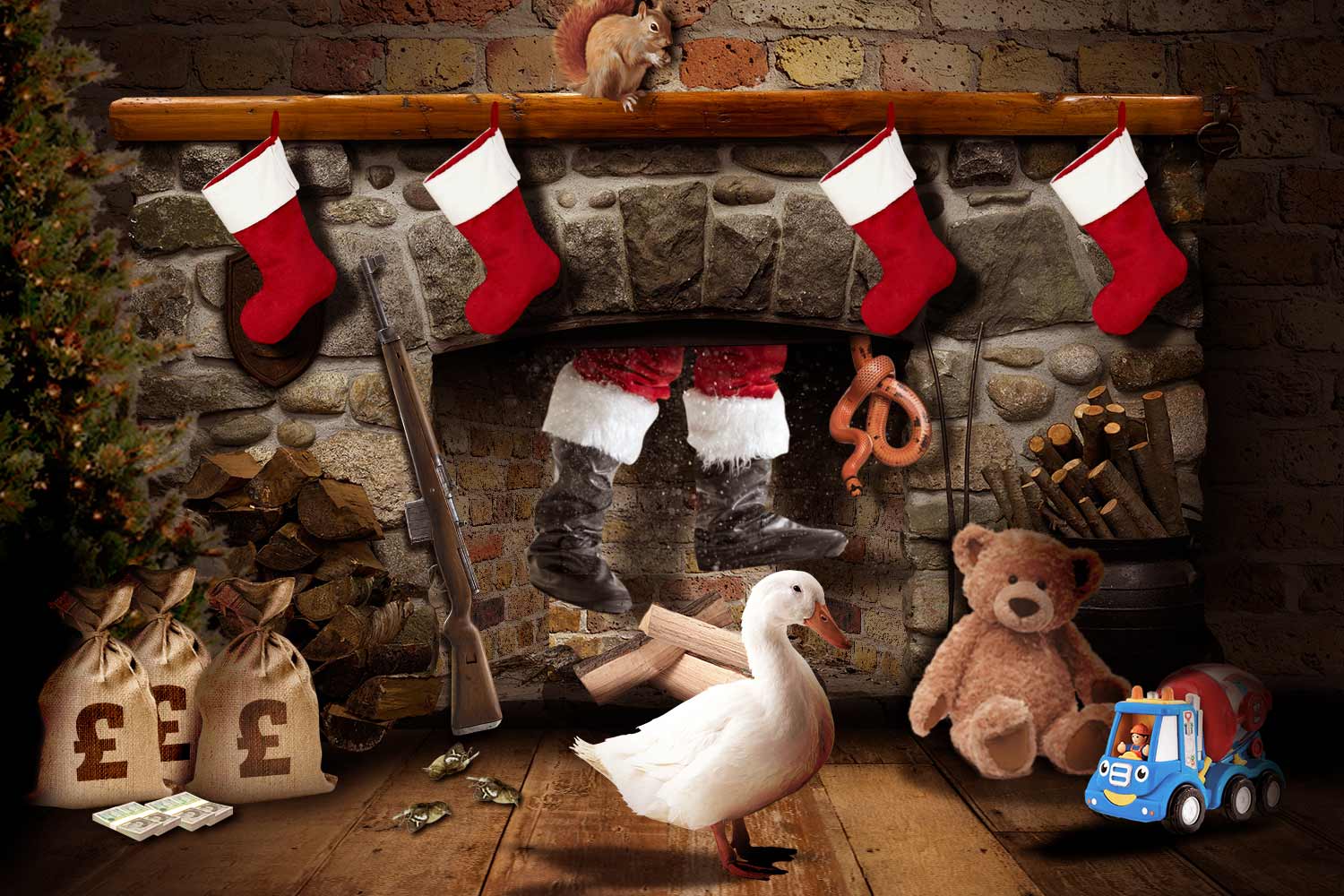 From live snakes to 36 dead birds

And Father Christmas could have some animals to contend with, too – with the likes of ducks, squirrels and snakes all at risk of going up in smoke.

One chimney sweep tells us he even uncovered THIRTY-SIX dead birds at one woman's home, with the oldest carcass dating back 17 years.

"The customer was sitting on the sofa watching in some amazement as skeleton after skeleton was removed", recalls sweep Lawson Wight.

Next week, families across Britain will be relaxing in front of roaring fires as they celebrate Christmas in 'bubbles' of up to three households.

Yet new research reveals more than half – 52 per cent – of homeowners aren't following advice that a chimney should be swept at least once a year.

And 12 per cent of those with flues have never got a sweep in, according to data from the Department for Environment, Food and Rural Affairs (Defra). 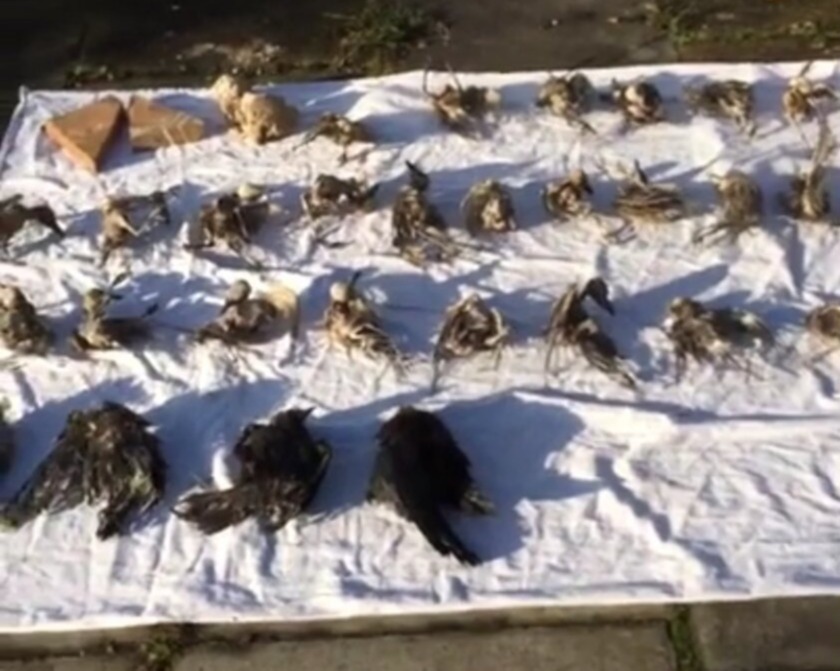 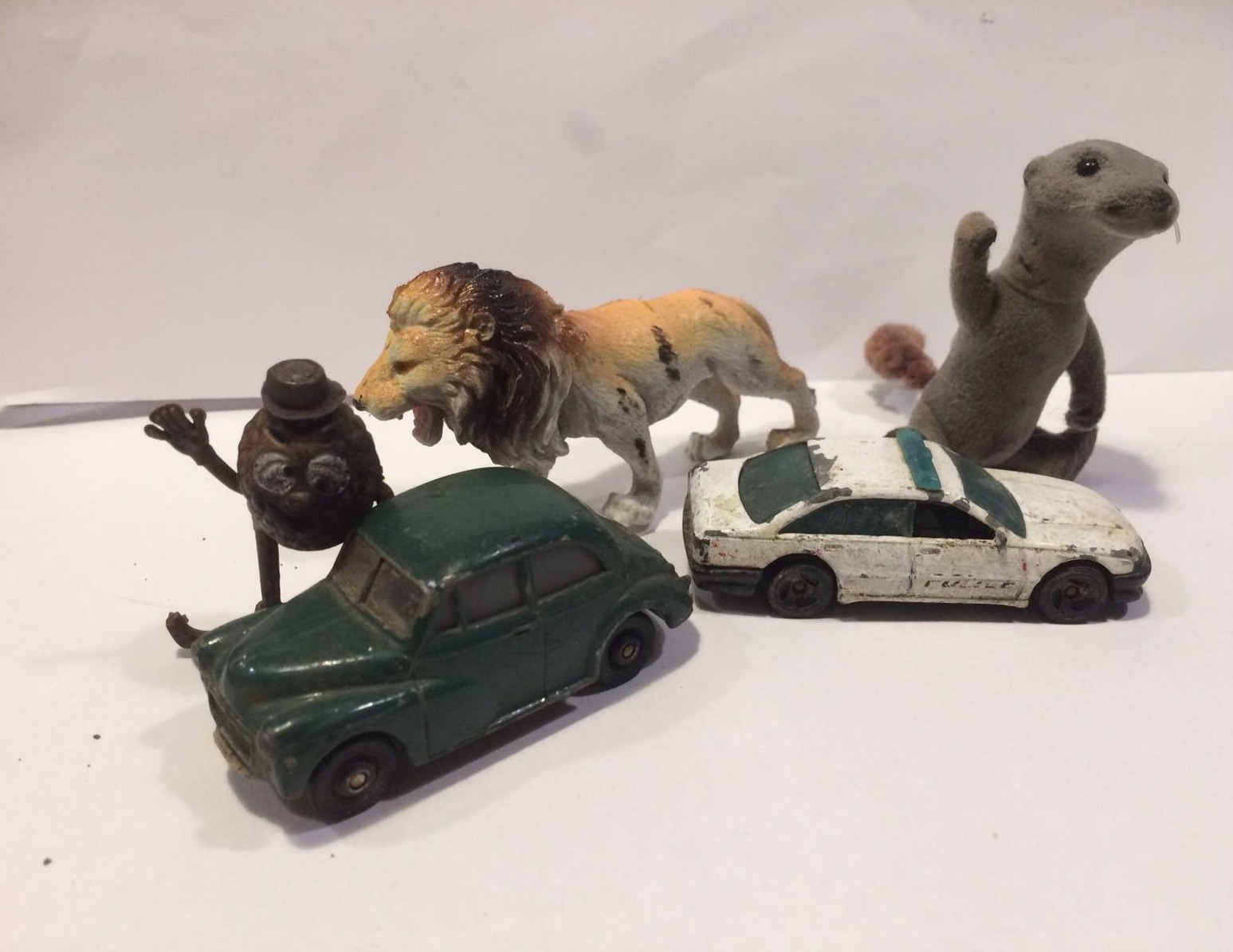 Experts warn a build-up of soot and tar can cause fireplaces to emit harmful emissions, made up of tiny particles like dirt, dust and grit.

These emissions can get into your respiratory system and damage your health – while a build-up of flammable tar can spark deadly chimney blazes.

And there are other, astonishing bonuses to getting your flue swept, too.

“It can be truly surprising what you find lurking in a chimney," says Lawson, 54, chairman of the Guild of Master Chimney Sweeps.

"They are great hiding places, so it’s not uncommon to find some real treasures – I know one sweep who uncovered a stash of £5,000!" 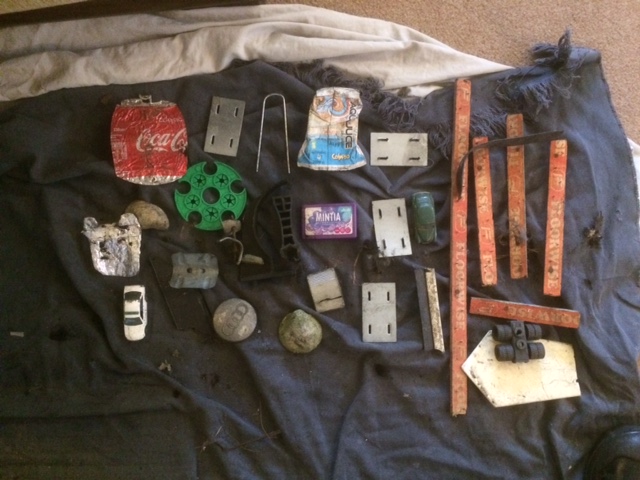 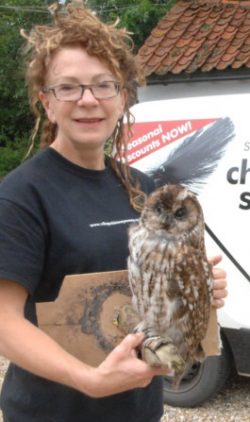 He adds: "I hear all sorts of stories from my fellow sweeps.

"Everything from a Second World War mortar round to snakes, cats, squirrels, a parrot and even a duck.

"Just occasionally, someone will find a child’s shoe in an old unused chimney – sometimes placed there to ward off bad luck."

While items hurled on fires can sometimes get lodged up chimneys, birds have been known to pinch Brits' underwear for their own flue nests.

"Jackdaws [a bird in the crow family] love to nest in chimneys and we sometimes find odd things in with all the sticks: small toy animals, toy cars, socks, underwear", says Lawson, who lives near Cambridge.

"I once found a nest comprised entirely of bits of metal – hinges, nails, screws, wires of all kinds, rivets, bolts.

"That pair of birds had become quite fixated I think."

A standard chimney sweep can cost from £50 to more than £100 – with the price, and time it takes, depending on unforeseen issues like bird nests. 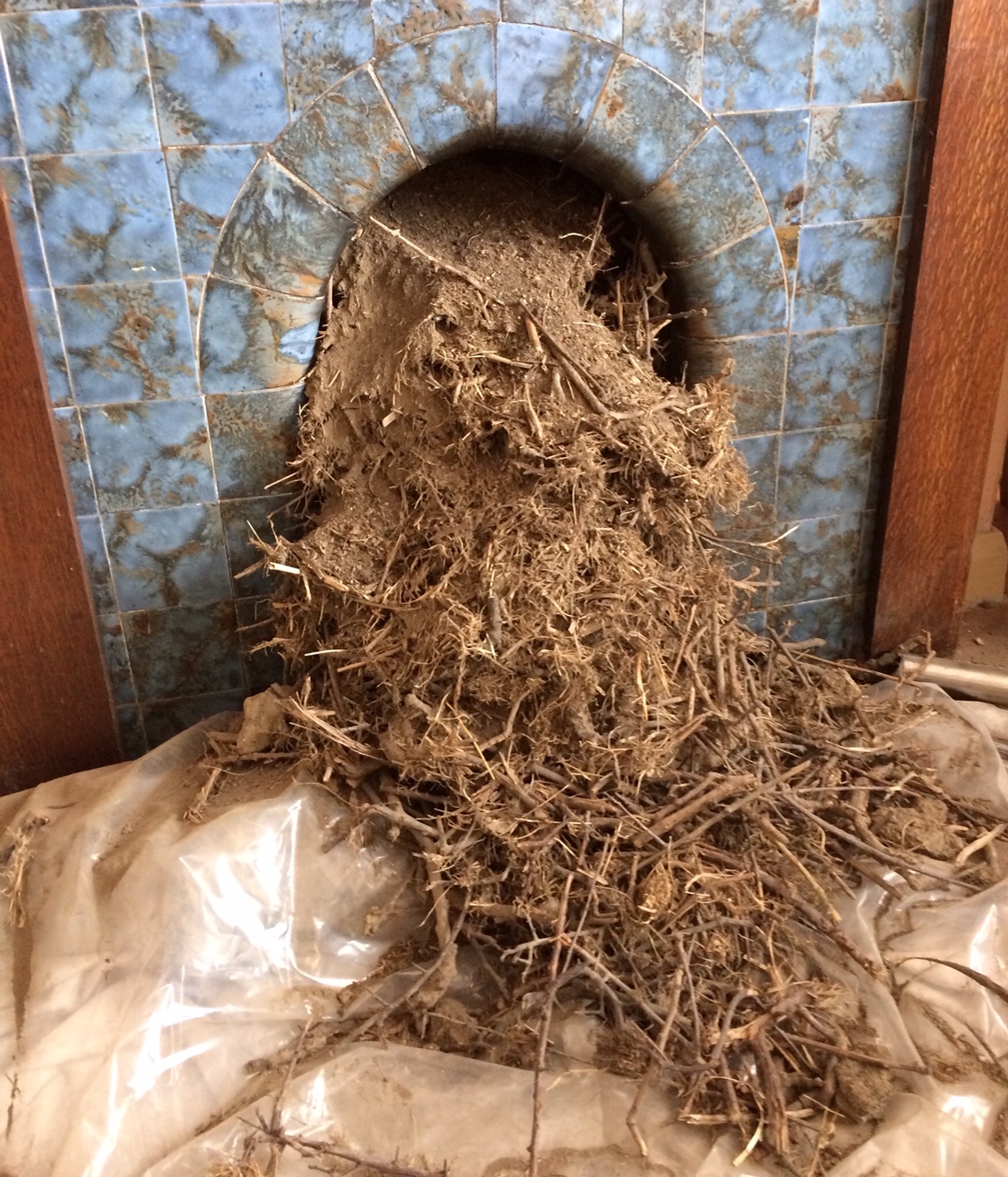 For Lawson, his sweeping journey began, unexpectedly, in 1999.

"Not many school leavers have their heart set on being a chimney sweep. But it was a happy set of circumstances," he tells us.

"I’d been made redundant and my wife knew someone who was looking for a sweep. That was a rare thing 20 years ago.

"I thought, 'that will do for a few months while I get sorted'.

"I knew there would be more to it than met the eye, but I never imagined the complexity and variety of the work."

As well as actually cleaning chimneys, sweeps inspect, service and maintain them, using a range of brushes and powerful industrial vacuums. 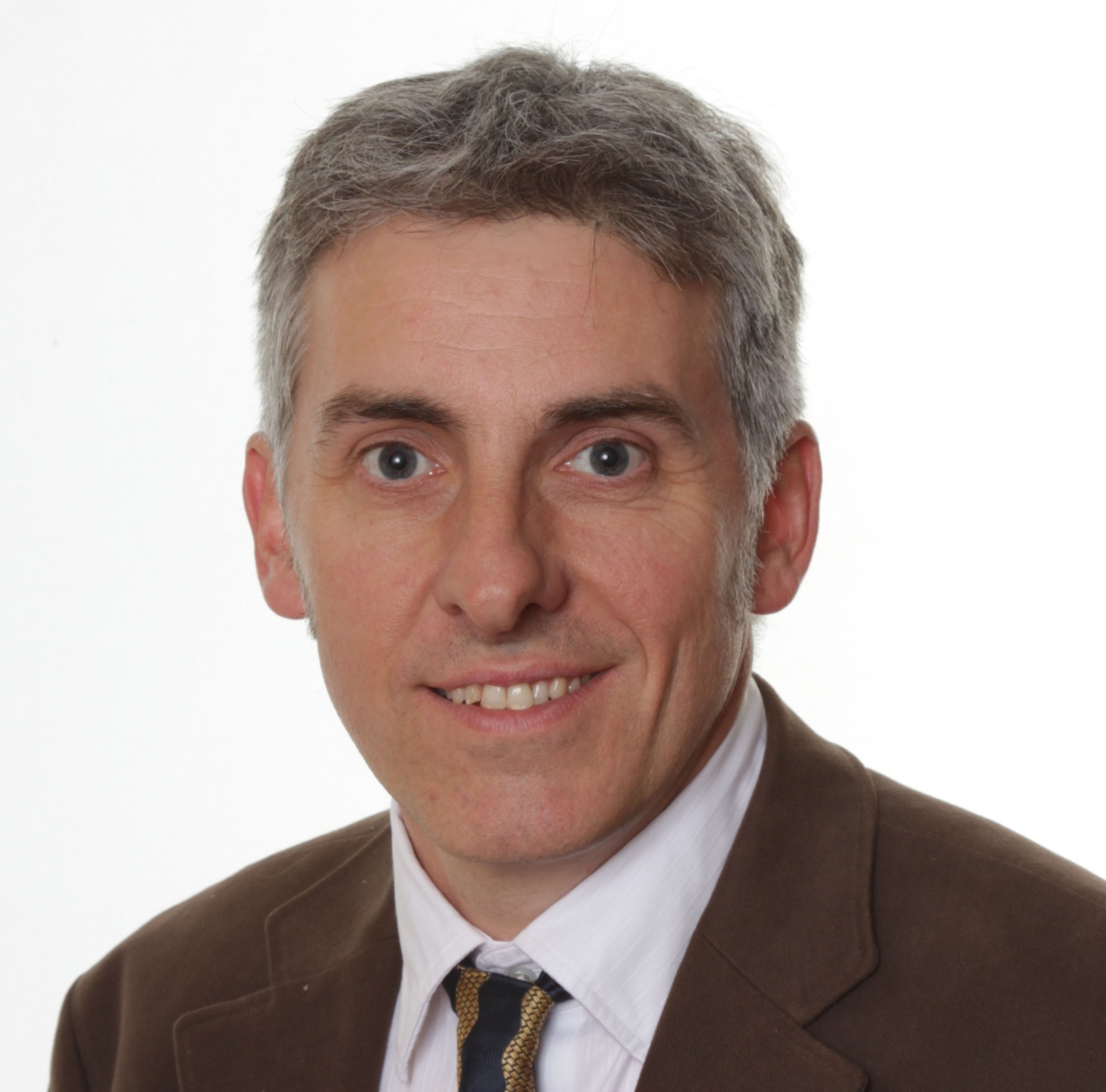 They also advise Brits on how to use their fuel and fires efficiently.

And nowadays, many sweeps use a hi-tech kit – including cameras and specialised testing equipment – to check the chimneys they're working on.

"The work can be physical and repetitive, and you really have to set out to do the best job," says Lawson.

You really have to set out to do the best job. There’s no-one to check up on you but the consequences of getting something wrong could literally be fatal

"There’s no-one to check up on you but the consequences of getting something wrong could literally be fatal."

Of the positives of the job, he adds: "It’s all about the customers.

"I visit all kinds of houses from the grandest estate to the housing estate.

"Every home is treated with the same respect and offered the same added value in terms of advice." 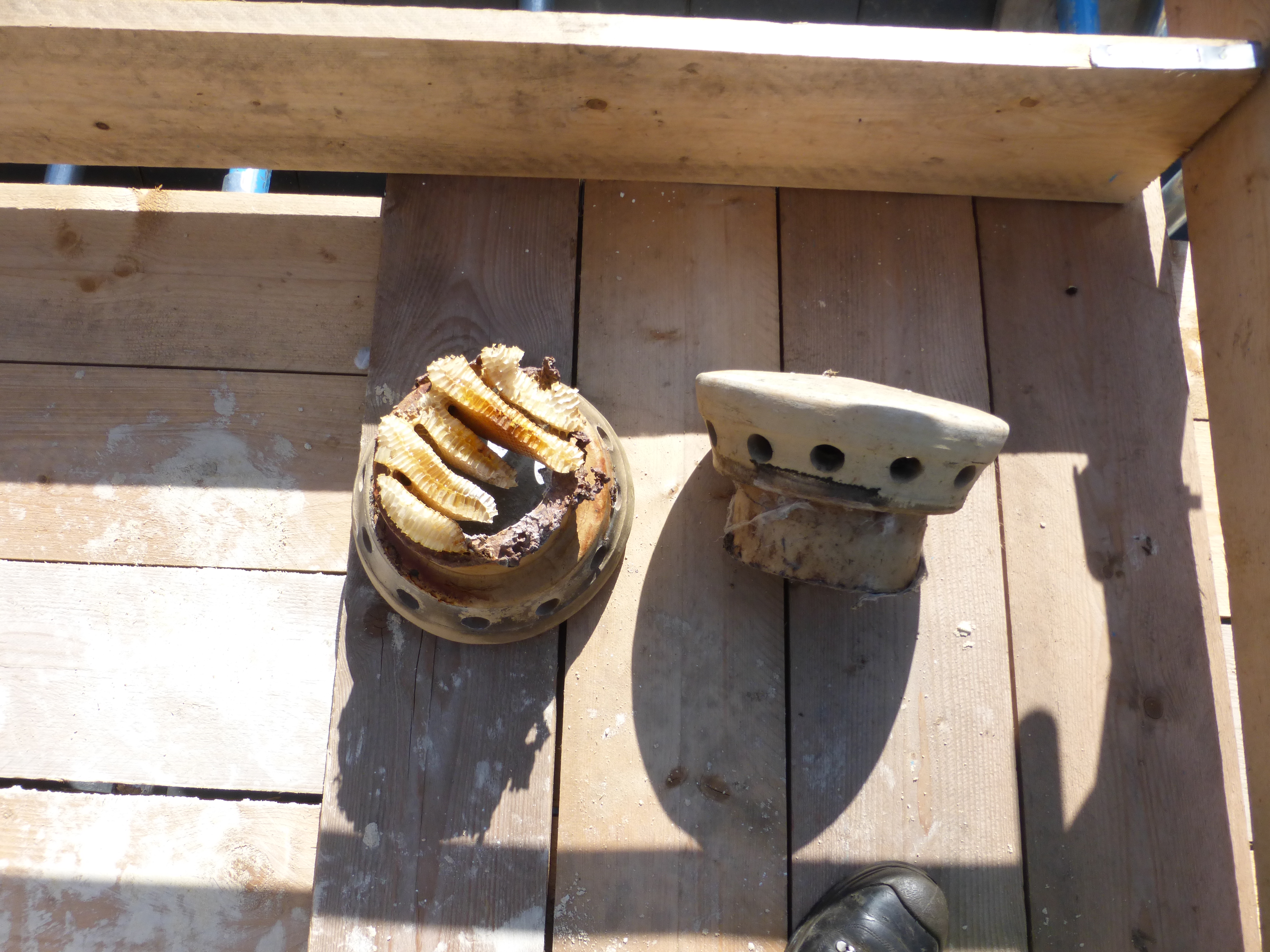 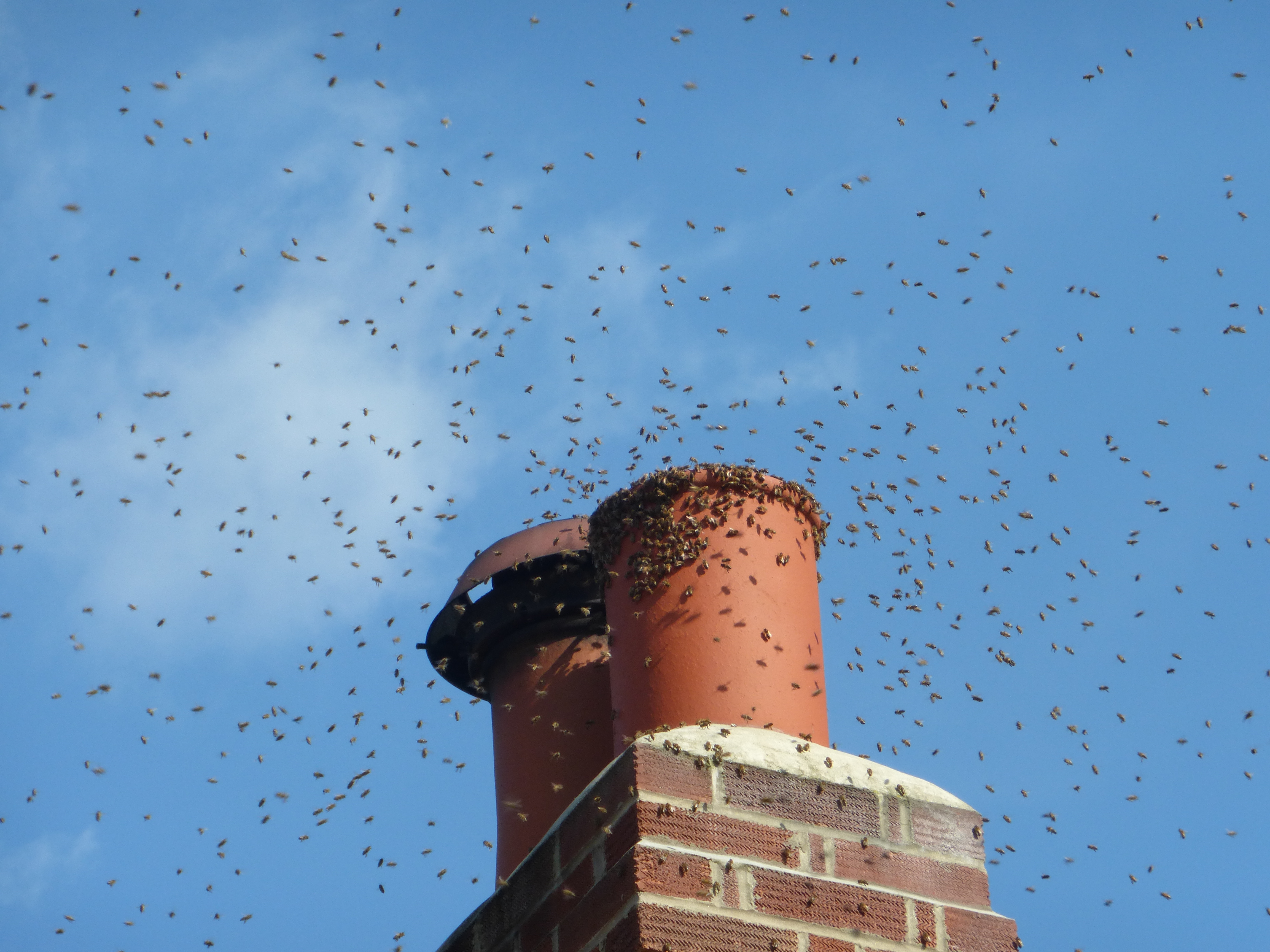 During his career, Lawson has uncovered a plethora of remarkable items hidden in flues – but the discovery of 36 dead birds sticks out in his mind.

"This was about a year ago," he recalls.

"The new householder had her gas appliances serviced and the engineer had condemned the gas fire in the living room.

"When I arrived, the fire had been removed as the new owner wanted to fit a wood burner.

Two pieces of sawn-off roof rafters fell down into the fireplace, closely followed by a couple of pineapple-sized lumps of mortar cement. Then a bird skeleton, and another and another

"We always look up the chimney with a torch and mirror first.

"I saw something odd but couldn’t figure out what it was so on with the job and up with a brush.

"Two triangular-shaped pieces of sawn-off roof rafters fell down into the fireplace, closely followed by a couple of pineapple-sized lumps of mortar cement. 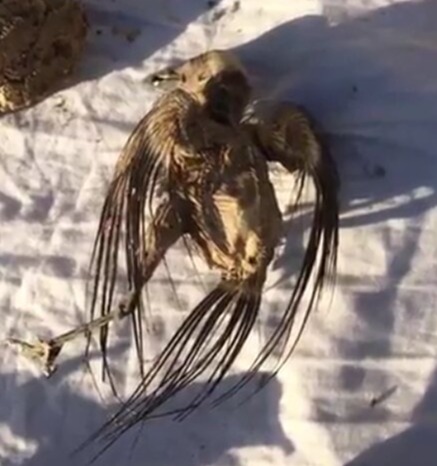 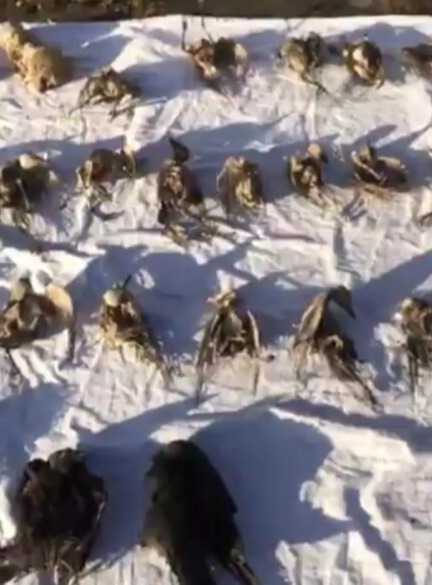 He continues: "In the end we found 36 carcasses – mostly jackdaws, collared doves, a few starlings and some John Does.

"If appropriate, you should always have a bird guard fitted to a live chimney and ensure all unused chimneys are properly capped.

"This would prevent some potentially dangerous blocked chimneys as well as save the lives of hundreds of thousands of birds every year."

WITH winter – and Christmas – approaching, the Department for Environment, Food and Rural Affairs's ‘Burn Better’ campaign encourages Brits to use their fireplaces safely.

The campaign, supported by the Solid Fuel Association and HETAS, also aims to slash air pollution caused by stoves and fireplaces by providing these simple steps to follow:

Today, the proud worker chairs the Guild of Master Chimney Sweeps – a not-for-profit trade association for professional sweeps in the UK.

"It’s important to keep chimneys clean to significantly reduce the risk of harmful emissions filtering into your home as well as reducing the amount of fuel you use and ensure nothing untoward is causing a blockage," explains Lawson. 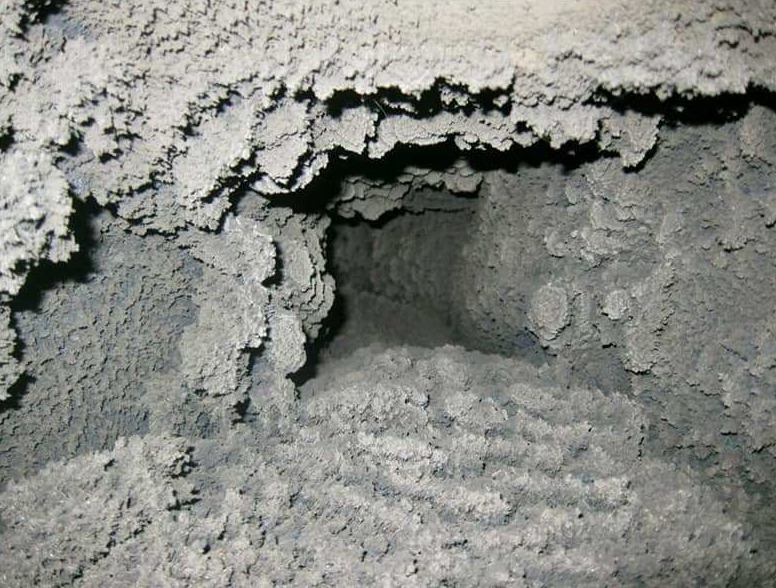 This Christmas, we hope the nation's chimneys are clean enough for Santa to squeeze down. After all, he still has some children's lists to retrieve.

"From making sure letters to Father Christmas find their way to the North Pole, to rescuing stuck pets – a sweep’s work is never done!"