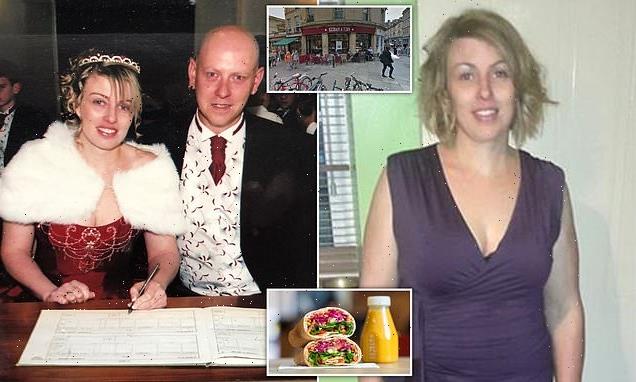 Family of mother-of-five, 42, who died from an allergic reaction after eating a vegan £3.75 Pret sandwich which contained dairy say food testing was ‘inadequate’

The family of a mother-of-five who died from an allergic reaction after eating a ‘dairy-free’ £3.75 Pret sandwich say testing of the food after she died was ‘inadequate’.

Celia Marsh, 42, suffered a fatal anaphylactic reaction after eating a ‘super-veg rainbow flatbread’ during a post-Christmas family meal at a Pret A Manger in Bath, Somerset, in December 2017.

The sandwich’s yoghurt dressing was supposed to be vegan, but was later found to have traces of dairy protein in it.

Mrs Marsh, a dental nurse, was rushed to Royal United Hospital in the city, but later died, with a pre-inquest review hearing today the lack of investigation into the food item by Pret had ’caused both the family and others great concern’.

Avon and Somerset Coroner’s Court heard there was a ‘mismatch’ between the information held by Australian-based coconut yoghurt firm CoYo and its UK distributors Planet Coconut about the potential for dairy contamination in its products.

Coroner Maria Voisin said she will request a statement from Henry Gosling, the founder of CoYo. 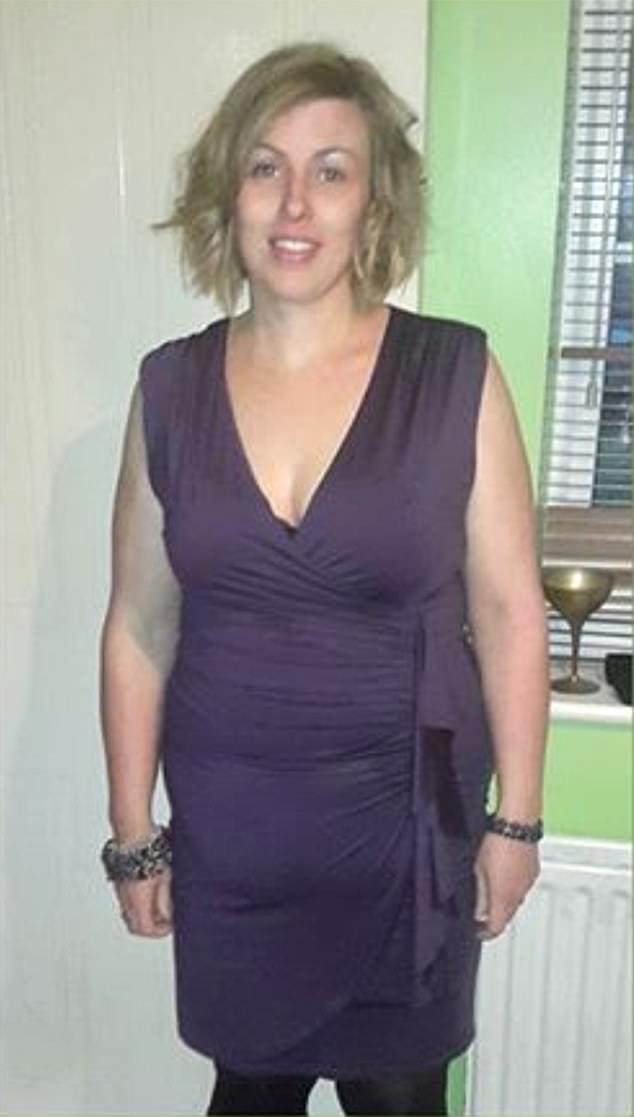 Celia Marsh, pictured, died after ingesting milk protein when she ate a wrap she thought was dairy-free

But Ms Voisin also emphasised that the scope of an inquest is only to establish how someone died, and was not to place blame or replace civil litigation.

CoYo and Mr Gosling have not been named as interested parties in the inquest.

Mrs Marsh’s inquest is due to begin on September 6 and is expected to last between two and three weeks.

Bath and North East Somerset Council had earlier taken legal action against Pret and supplier Planet Coconut, but later dropped the case, while a personal injury claim by her husband Andy Marsh is ongoing.

A lawyer for the family said: ‘It is about how the deceased came about their death.

‘But there are clearly concerns with the investigation and that forms part of the context and background, which we will be exploring with the experts.’ 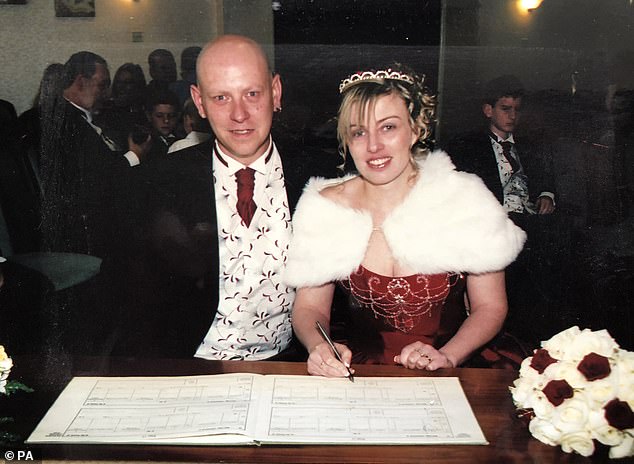 The mother-of-five, pictured here with her husband Andy Marsh, was rushed to hospital after the incident in December 2017 but she sadly later died

In the largely administrative two-hour hearing, the coroner also ruled the full inquest will take place without a jury at Ashton Gate, Bristol, and will not have remote access facilities.

It was also deemed that it is necessary to obtain a statement from the director of CoYo, which was described as the ‘missing link’ in the chain, to probe to what extent the risk of milk contamination in the product was passed on.

The flatbread contained a coconut milk yoghurt alternative supplied by company CoYo, that was supposed to be dairy free. These branded yoghurts are made by Planet Coconut.

Ms Voisin added: ‘We will request a statement but it is going to be very limited. We are not asking him to go above and and beyond that one area of concern.’

She said this would be the last pre inquest hearing ahead of the full inquest listed for three weeks and due to take place from September, 6.

In a statement released today, Pret a Manger said it would fully cooperate with the hearing.

A spokesperson said: ‘Our deepest sympathies remain with the Marsh family over their terrible loss and we are doing everything we can to support this inquest. 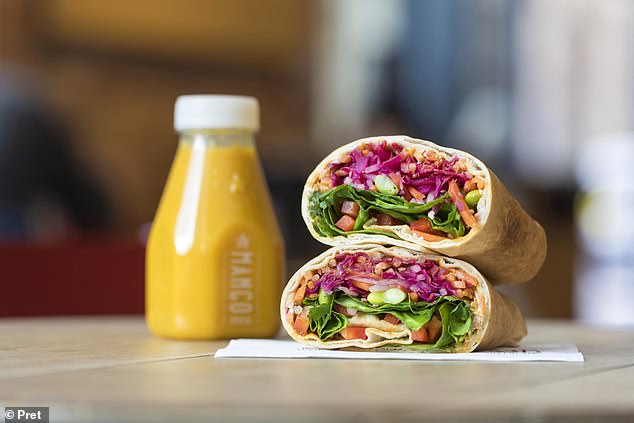 ‘Following Celia Marsh’s death in 2017, charges were brought against Pret. The prosecution ended due to the lack of evidence and as a result, Pret was found not guilty.

‘Over the past few years, Pret has established an industry-leading approach to helping customers with allergies, through the Pret Allergy Plan.

‘We will continue to do everything we can to make sure that every customer has the information they need to make the right choice for them.’

In a statement following the opening of her inquest in October 2018, her family said: ‘We have kept a dignified silence since the death of Celia in December last year as the family has come to terms with her sudden and unexpected death. 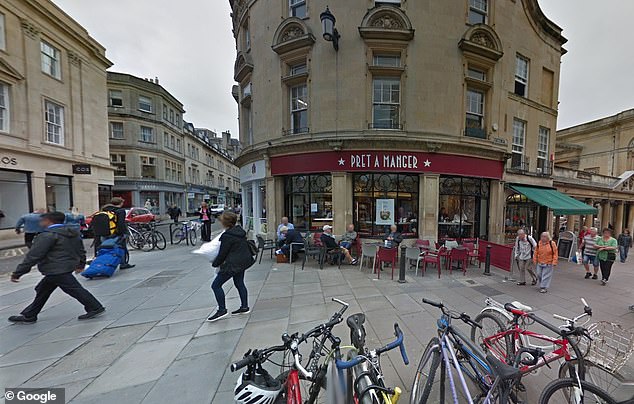 She had bought the item from a Pret A Manger store in Stall Street, Bath, in December 2017

‘We are also awaiting the outcome of the investigations into how she died.

‘She was a much-loved mother, daughter, sister and wife. We miss her greatly and we just want the answers to why she died after eating lunch with her family.’

At the time of the incident, the firm blamed by Pret A Manger for supplying the yoghurt described claims that it was responsible as ‘unfounded’.

But CoYo denied the recall was linked to Ms Marsh’s death and accused Pret of hampering its own probe by failing to provide vital information.

Mrs Marsh’s death came a year after Natasha Ednan-Laperouse died in 2016 when she ate a mislabelled Pret baguette purchased at Heathrow Airport. 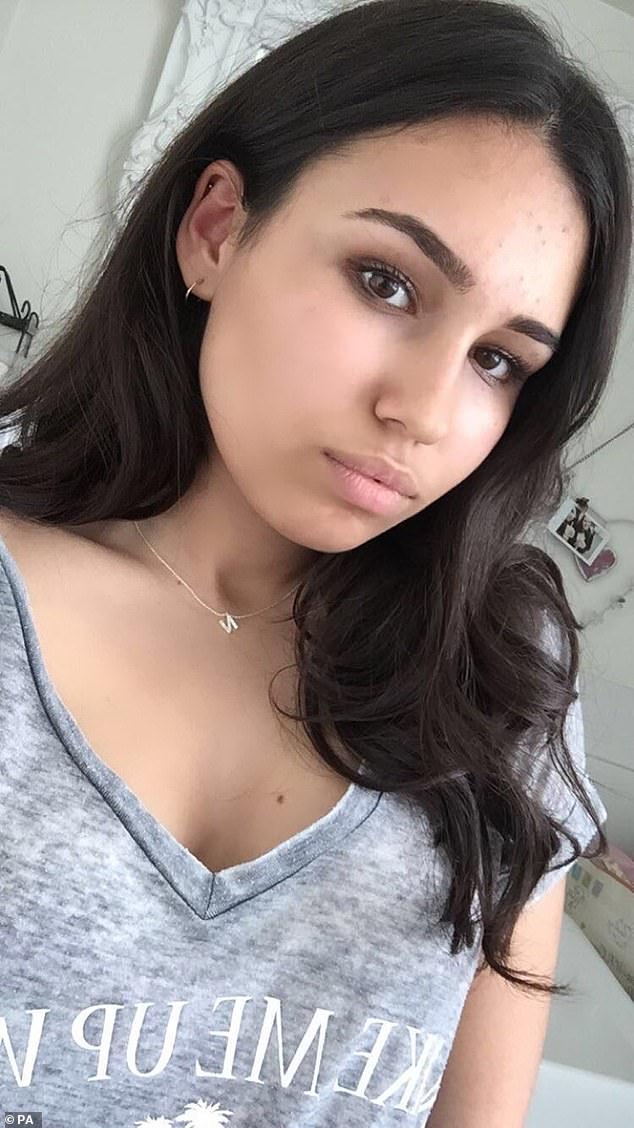 The 15-year-old, who had a nut allergy, died after eating an artichoke, olive and tapenade baguette unaware that it contained sesame seeds.

She suffered a severe allergic reaction after the flight took off, and despite her father administering two Epi-pen injections on her, the teenager had two cardiac arrests.

She died later that day in hospital in France.

Following her death, her family campaigned for the introduction of Natasha’s Law, requiring all food retailers to display the full ingredients and allergens on every food item made at that locations and pre-packed for sale.