A mother was left puzzled after she ordered a number 5 candle for her daughter’s birthday cake, only for supermarket chain Tesco to switch it with two 2s and a 1 after running out.

Sheree Scanlon had been organising a party for her daughter Charlotte’s fifth birthday and could barely believe her eyes when her Tesco order arrived.

Instead of replacing the number five candle with singular candles, the delivery driver turned up with the mathematical equivalent.

Sheree, 45, took to Tesco’s Facebook page to complain about the blunder, and said she had decided against using the alternatives provided. 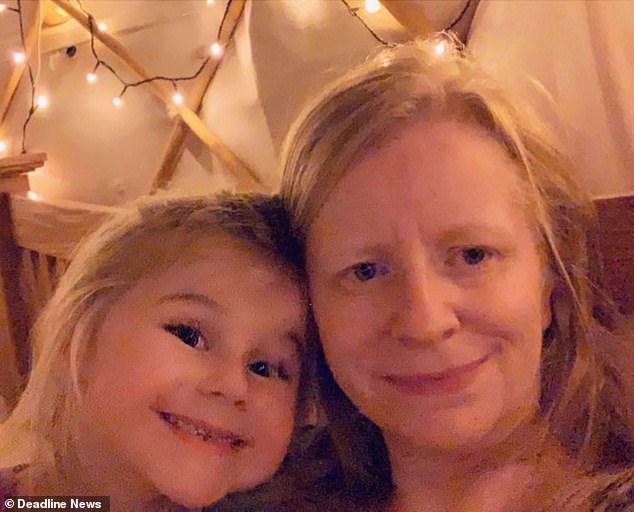 She said: ‘Absolute disbelief at the substitution from Tesco for a number 5 birthday candle. 2, 2 and 1 is not quite the same.’

Sheree, from Coventry had ordered a £1 ‘Bake with Love Sparkly Candle’ in the number five, in order to decorate her daughter’s cake.

She decided against using the ‘alternatives’ provided by Tesco, which appeared to suggest her daughter was having her 221nd birthday.

Lorraine Martin wrote: ‘It will help your child to add up his/her age.’

Tesco’s social media team responded Sheree’s post saying: ‘Thanks for getting in touch.

‘That’s not a great substitute at all, so I’m sorry about that. Can you please message me privately with confirmation of your full name, post code and email address? Also, can I ask if you handed these candles back with the driver for a refund?’

Speaking on the issue, Sheree said she thought it was a ridiculous situation.

‘I did laugh, but in absolute shock! I called Tesco to ask if it was a computer that made the substitution but it wasn’t! I sent the candles back in disbelief!’

She added: ‘My thoughts are just how ridiculous it was. I called Tesco straight away as I could not believe a human could think that’s a suitable alternative.

‘Friends have said surely a four and one would have been cheaper! Or five ones would have made more sense.’

Sheree ended up buying a set of ‘normal’ candles from B&M ahead of Charlotte’s birthday yesterday.