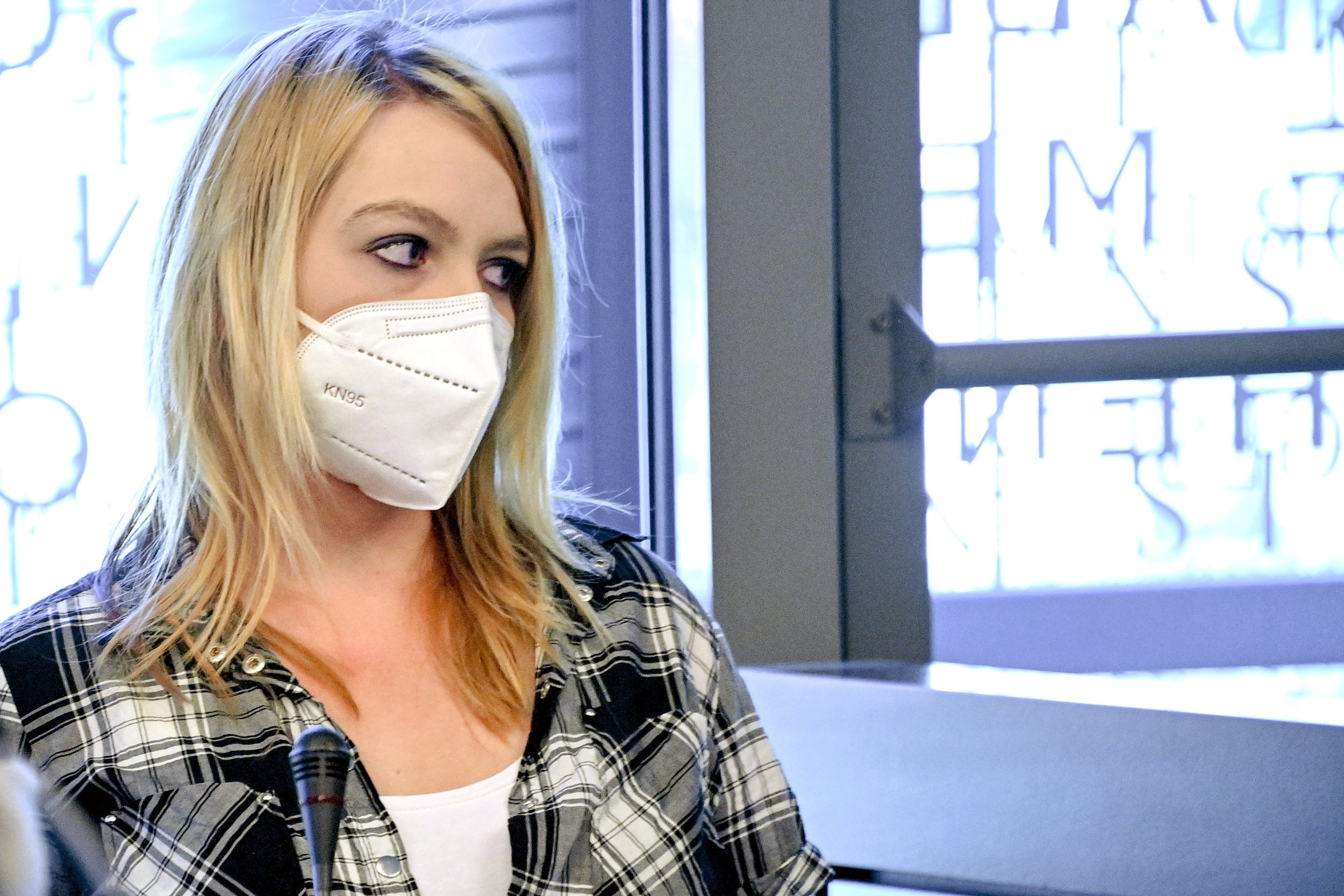 A German mum who allegedly killed her five young children before trying to kill herself has appeared in court to begin her trial.

Christiane K, 28, is accused of drugging her kids, all between the ages of one and eight, before taking them into a bathroom and drowning or smothering them one-by-one, prosecutors claim.

It’s claimed she then went to Dusseldorf Central station and threw herself in front of a train, but she was saved and lived to see her court date.

She insists she is innocent and claims her children were killed by a masked intruder on September 3 last year – something prosecutors say there is no evidence to support.

Her trial started yesterday at the District Court in Wuppertal, Germany, where Christiane K did not speak.

She supposedly committed the horrific crimes when she was feeling ’emotionally overwhelmed’ about her estranged husband finding a new lover.

Police said she had been arguing with him just before she is meant to have mixed ‘high doses’ of drugs into her children’s breakfast, which allegedly ‘brought them into a state of twilight’ so they could be killed more easily.

Before trying to kill herself, Christiane K allegedly told her own mum about her children’s fate.

They were each wrapped in a towel, lying on their beds at their flat in Solingen, North Rhine-Westphalia, 20 miles from Dusseldorf and Cologne.

Rescuers tried to resuscitate the children but they could not be saved.

Christiane K’s eldest child Marcel, 11 at the time, survived because he was in school.

Although the family had dealings with social services, authorities said there was nothing to suggest the children were in danger.

Interior minister for the state of North Rhine-Westphalia, Herbert Reul, said: ‘The family tragedy in Solingen fills me with great sadness and at the moment my thoughts and prayers are with the five small children whose lives were snatched from them so terribly early.’

Solingen’s mayor said: ‘I am shocked and deeply saddened by the news that five dead children have been found in our city.’

At the time of the horrifying event, politicians in Solingen suspended their campaigns for an upcoming regional election.

Neighbour Soraya Touati, 45, told World Today News that she is still affected by what happened last year, and has reached out for psychological help.

She said: ‘I always think, maybe I could have helped. If she had said something, I would have taken the children or helped her. That wrecks me.’

If Christiane K is found guilty, she could face a life-sentence behind bars.