A MUM has spoken of her horror after her nine-year-old daughter asked to sleep outside in a tent to avoid a plague of flies inside their home.

The huge bluebottles – known to feast on rotting road kill and other decaying flesh – are making families' lives a misery in a number of homes in Derby. 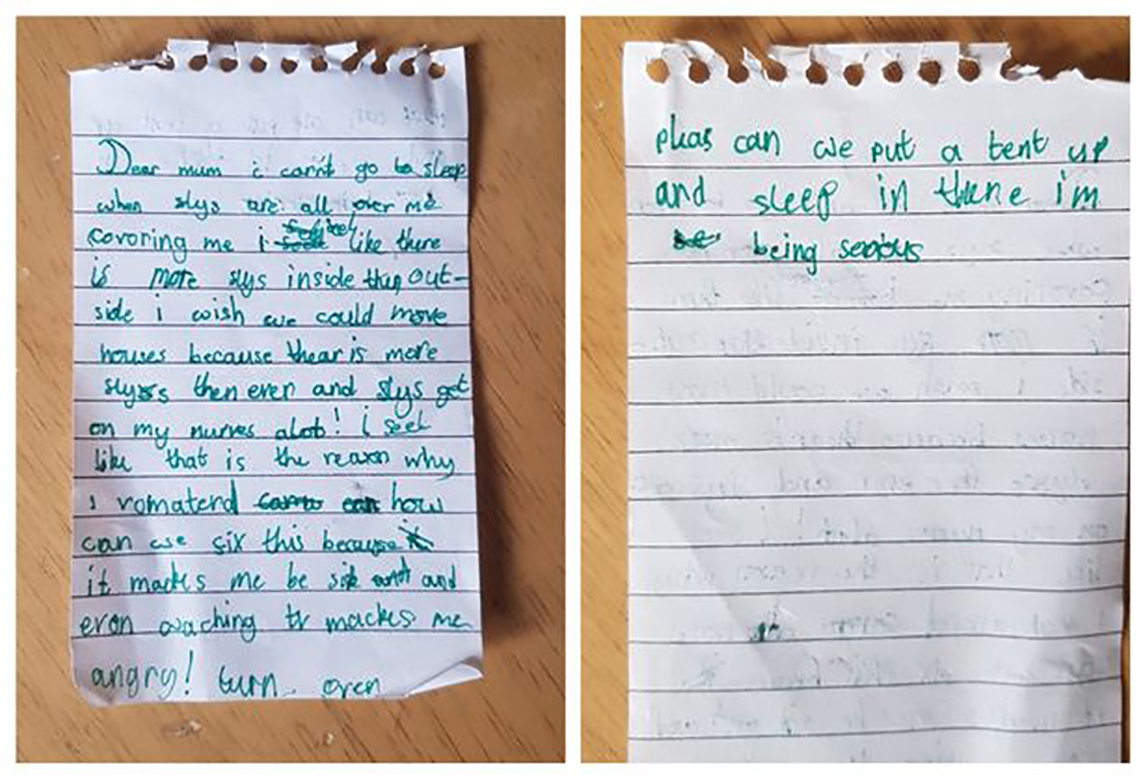 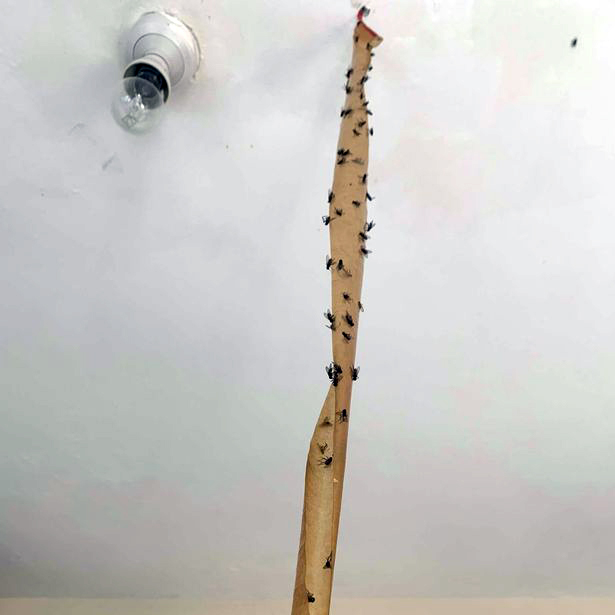 Mum-of-four Becky Lightning, 31, said swarms of bluebottles have been crawling over her children while they are asleep.

The fly plague is worsening as the warm summer months arrive and residents blame a newly constructed waste plant in nearby Sinfin Lane for the invasion.

"It's a nightmare," she said. "It makes me and my children paranoid, depressed, irritated, annoyed and we feel like we need to be out of the house. It's shocking the amount of flies we have had.

"It's so depressing. I have been crying over the amount of flies – it makes me feel so low.

"Three of my children have been ill with sickness diarrhoea and I'm sure it is linked to the flies.

"I'm now not looking forward to summer. I'm dreading it – the flies are everywhere."

Mum-of-three Michaela Sadler, who lives in Sinfin Lane, said she is '"absolutely sick" of the flies in her home, while neighbours are keeping doors and windows closed, even on hot days.

Michaela said she has to sit with pieces of cardboard handy to swat the flies while eating dinner and caught over 150 bluebottles on three sticky fly traps within a day.

"It's a nightmare," she said. "We have to watch all the food and the kids' dinners.

"My son is autistic and he doesn't understand that he can't leave his food around because the flies just come straight for it."

She says an employee from the waste treatment plant has visited her and taken the traps "for testing".

It's a nightmare. We have to watch all the food and the kids' dinners. My son is autistic and he doesn't understand that he can't leave his food around because the flies just come straight for it

She said the flies started invading her home a couple of weeks ago when the weather starting getting warmer.

He said "It's absolutely disgusting that residents can't eat or prepare food in their kitchens, cannot make a cup of tea without attracting flies.

"They literally have hundreds of flies sticking to traps within minutes.

"There is again, after only a few warm days, a horrendous fly problem in Sinfin and Normanton.

"From the visits I have been on today and the photographs and videos I have seen, I must admit this is the worst I have seen."

A spokesperson from Renewi UK Services Ltd, which operates the Sinfin waste plant, said: "We take complaints of this nature very seriously and we have met with the Environment Agency at our site to investigate the concerns.

"So far we have not found any evidence to suggest that these flies are originating from the facility.

"We have a rigorous regime in place to control flies as well as both internal and external independent monitoring at the facility. We will continue to monitor this."

Richard Antcliff, director for public protection and Streetpride at Derby City Council, said: "Regardless of where the flies are coming from, the images sent in by residents are very concerning.

"We can only imagine the stress that people living in these conditions are under.

"Our Environmental Health team were alerted to the issue yesterday, and since then have been working to order fly papers, which will be distributed by our public protection officers, alongside Derby Homes colleagues to the homes affected."

The council is also aiding the Environment Agency in their investigations, he said.

17/05/2019 World News Comments Off on Mum's horror as daughter, 9, asks to sleep outside in tent to avoid plague of flies inside their home
Lifestyle