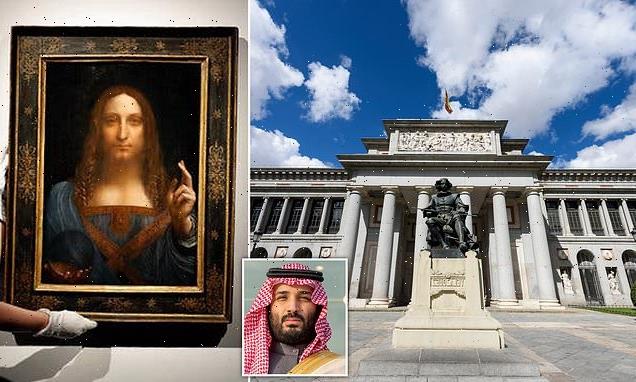 World’s most expensive painting is downgraded: Museum says the ‘Salvator Mundi’ was NOT painted by Leonardo da Vinci but only under his supervision four years after it sold for £342m to Saudi prince

The most expensive painting ever sold has been downgraded by a museum who claim Leonardo da Vinci only ‘supervised’ the work.

Salvator Mundi, marketed as a long-lost da Vinci and the ‘male Mona Lisa’ by Christie’s, was sold for a record-breaking $450million (£342 million) at auction in 2017 allegedly to Saudi Arabia’s crown prince Mohammed bin Salman.

But now the Prado Museum has downgraded the painting saying it was only ‘attributed to, authorised by or supervised by’ the master himself. 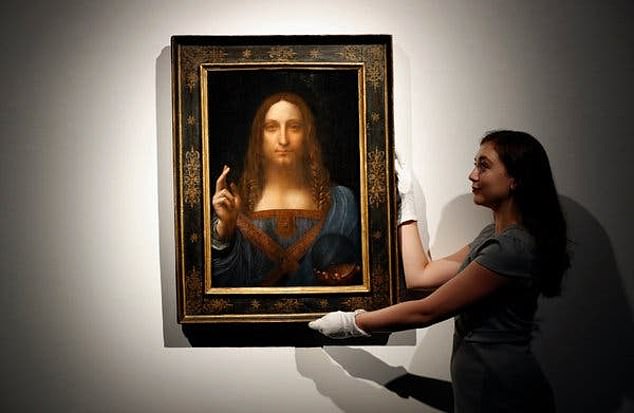 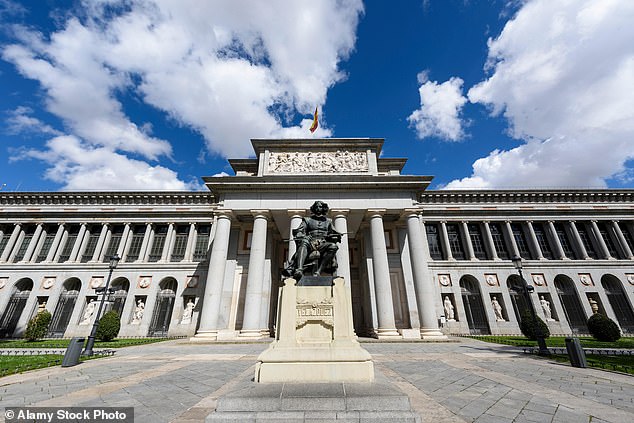 The Prado Museum (above) has downgraded the painting saying it was only ‘attributed to, authorised by or supervised by’ the master himself

Salvator Mundi, a depiction of Christ as saviour of the world, is thought to have been painted in around 1500 for Louis XII – shortly after the French king conquered the Duchy of Milan and took control of Genoa.

The original piece is the most expensive painting ever sold at auction, breaking all records at Christie’s in New York in 2017 when it was purchased by Badr bin Abdullah bin Mohammed bin Farhan Al Saud for $450,300,000.

The painting depicts Jesus in Renaissance dress, making the sign of the cross with his right hand, while holding a transparent, non-refracting crystal orb in his left.

Around 20 other versions of the work are known to have been created by students and followers of Da Vinci, with preparatory chalk and ink drawings of the drapery by the master held in the British Royal Collection.

The downgrading by the Museo Nacional del Prado, the main Spanish national art museum located in central Madrid, was revealed by The Art Newspaper and is likely to have a significant impact on the paintings value.

The questions over the paintings authenticity are revealed in a catalogue for an exhibition called ‘Leonardo and the Copy of the Mona Lisa’, the Telegraph reported.

According to The Art Newspaper, Prado’s downgrading ‘represents the most critical response from a leading museum since the Christie’s sale’.

The catalogue says the museum’s exhibition explains ‘the nature of the copies and works executed in the bottega vinciana’.

‘There were moments when Leonardo found it difficult to paint due to his perfectionism and his numerous other occupations and his pupils undertook the task for him,’ it says.

Contained within the catalogue are two lists: paintings by the Renaissance man himself and works attributed, authorised and supervised by da Vinci.

The current location of the painting is unknown.

The painting was initially bought in 2005 for just $1,175 by a New York art dealer and restored in the United States.

Several British experts authenticated the painting as a long-lost da Vinci and it was presented as such at London’s National Gallery in 2011 before being sold to a Russian oligarch for $127.5 million two years later.

It then sold for $450million at auction at Christie’s in New York, breaking the record for the most expensive artwork ever sold at a public auction. 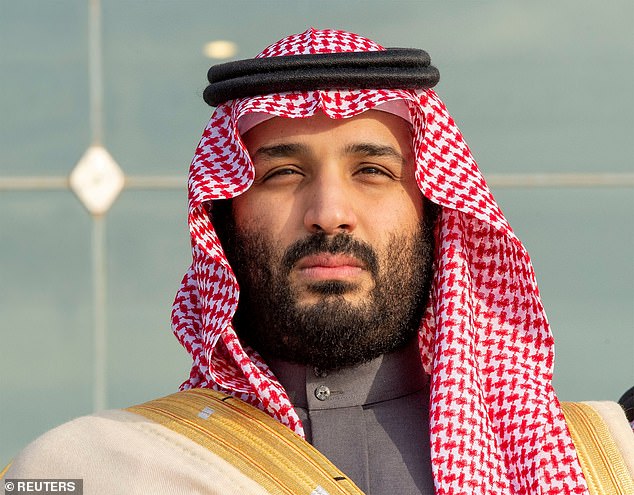 American officials have said, Prince Bader was actually used as a stand-in for Prince Mohammed bin Salman (pictured), who is the true owner of the painting

Officially, the buyer was Prince Bader bin Abdullah bin Mohammed bin Farhan al-Saud – a little-known member of the Saudi royal family with no history as an art collector.

But, American officials have said, Prince Bader was actually used as a stand-in for Prince Mohammed bin Salman, who is the true owner of the painting.

Riyadh continues to deny that Bin Salman is the true owner.