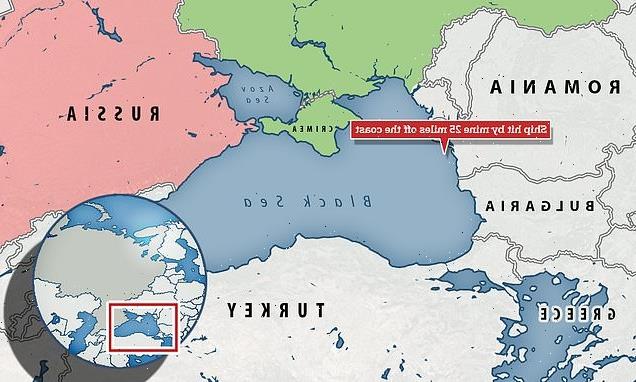 A navy dredger belonging to NATO-member Romania has been hit by a drifting mine in the Black Sea.

The country’s defence ministry said a hole was blown in the stern of the Lieutenant Dimitrie Nicolescu ship after the explosion yesterday.

The vessel was alerted to the mine drifting around 25 nautical miles northeast of the Romanian Black Sea port of Constanta. 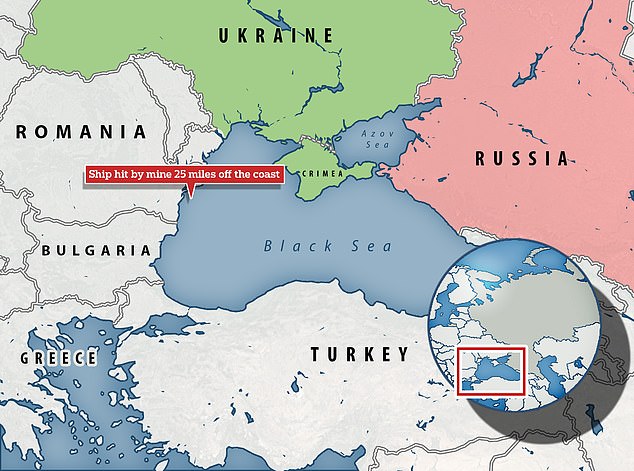 A crew of 75 people were on board trying to defuse the mine in bad weather but the high winds and waves prevented them.

They were unharmed by the explosion and the ship is still stable, the ministry said.

Water breached the stern but the crew managed to retain control over the dredger.

Another vessel from the Romanian Navy was sent to tow the minesweeper back to the Port of Constanta.

‘There are no victims or injured following the explosion, the 75 troops on the ship are not in danger, the ship’s floatability is not affected and there is no major damage on board,’ the ministry said in a statement. 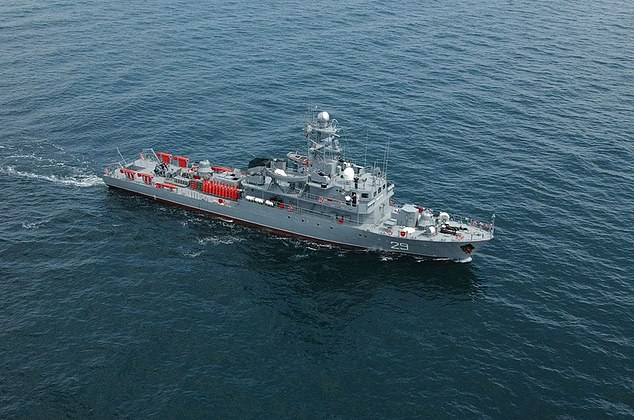 Mines began floating in the Black Sea after Russia invaded Ukraine, and Romanian, Bulgarian and Turkish military diving teams have been defusing those drifting in their waters.

Any contact with a NATO vessel risks escalation of the war by dragging in the security alliance.

The Black Sea is crucial for shipment of grain, oil and oil products. Its waters are shared by Bulgaria, Romania, Georgia and Turkey, as well as Ukraine and Russia.

Since the war started, Turkey, Romania, Bulgaria and Ukraine have destroyed 28 mines in western waters of the Black Sea, the ministry said.