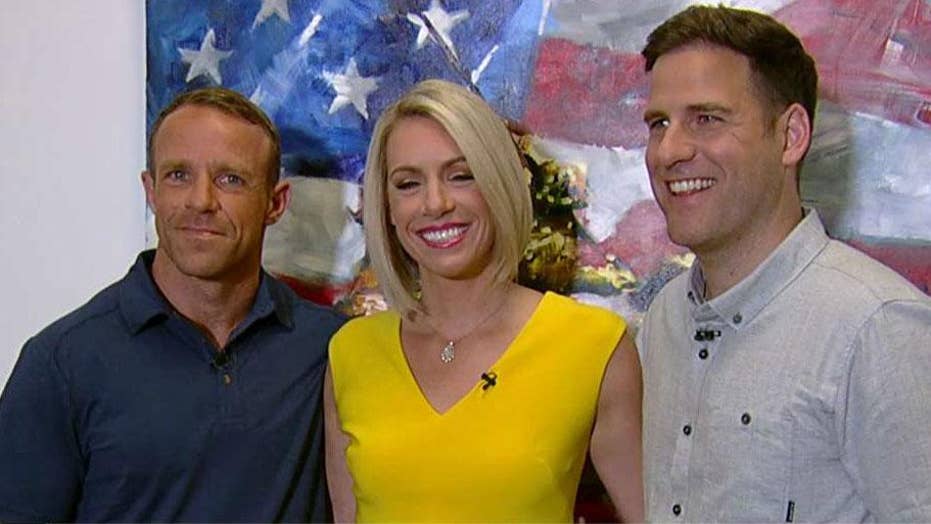 Navy SEAL special ops chief Eddie Gallagher, along with his wife Andrea and brother Sean, on what life has been like since Eddie was accused of murdering an ISIS fighter.

The Navy on Tuesday upheld the sentence of decorated Navy SEAL Eddie Gallagher for posing with the body of an Islamic State (ISIS) captive in Iraq in 2017.

Chief of Naval Operations Adm. Mike Gilday made the decision after carefully reviewing the trial transcripts and the clemency request by Gallagher's lawyers, Cmdr. Nate Christensen, Gilday's spokesman, said in a statement. The decision was first reported by the online military publication Task & Purpose.

Gallagher's sentence had stipulated his rank be reduced to a 1st class petty officer from chief petty officer, a reduction which will cost him up to $200,000 in retirement funds. A jury also sentenced the SEAL to pay $2,697 per month for four months.

Under Navy law, Gallagher could have had his rank reduced from chief petty officer to the most junior enlisted sailor because of the time he served in custody, but Gilday opted not to impose that punishment.

Gallagher was acquitted in July of charges that he murdered the ISIS fighter, as well as charges of witness intimidation and assault. He was convicted on one count of taking a photo with a terrorist’s corpse and was sentenced to four months' confinement in addition to the monthly restitution payments. Gallagher ultimately served no jail time and was only required to pay the forfeiture for two months because he spent nearly nine months in pre-trial custody.

“We are glad this is finally coming to an end but our family has suffered an immeasurable amount of injustice at the hands of the US Navy, UCMJ system, NCIS, JAGs, and even Eddie’s command at Naval Special Warfare," Gallagher's wife Andrea told Fox News in a statement.

"Our family will continue to fight for JUSTICE for Eddie and to ensure that every bad actor will be held accountable for their part in this travesty of justice," she added.

The case was championed by President Donald Trump, who had intervened to free Gallagher from the brig and congratulated him in a tweet after he was acquitted of murder. Parlatore said the Navy's case was fraught with misconduct by the investigators and prosecutors who were out to get Gallagher and that they will not be held accountable.

Gallagher's trial came after a judge removed the lead prosecutor over a bungled effort that used software to track emails sent to defense lawyers in order to find the source of leaks to the media.

The judge determined the effort violated Gallagher's constitutional rights and, before the case went to trial, reduced the maximum possible punishment for the murder charge from life in prison without parole to the possibility of parole.

Defense lawyers had argued that Gallagher was framed by junior disgruntled platoon members who fabricated the allegations to oust their chief. The prosecution said Gallagher was incriminated by his own text messages and photos, including one of him holding the dead militant up by the hair and clutching a knife in his other hand.