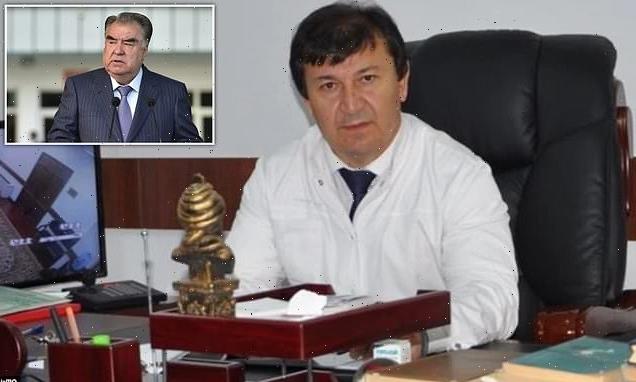 Three nephews of Tajikistan’s president have severely beaten the country’s health minister after their mother reportedly died from Covid-19.

The sources, who spoke to the outlet on the condition of anonymity, said Kholmuhammad Rahimzoda, the chief of the presidential medical centre, and a number of health officials and physicians were also attacked.

The sources said Rahmizoda and the others were also ‘severely injured’ in the assault.

Her cause of death was not made public but physicians at a hospital in the country’s capital, Dushanbe, told RFE/RL that she had died of coronavirus.

Medical experts from Germany, Russian and Uzbekistan had been invited to treat Rahmonova, the anonymous sources who told the outlet of the alleged attack also said.

They added that a preliminary investigation into the alleged assault has been launched. 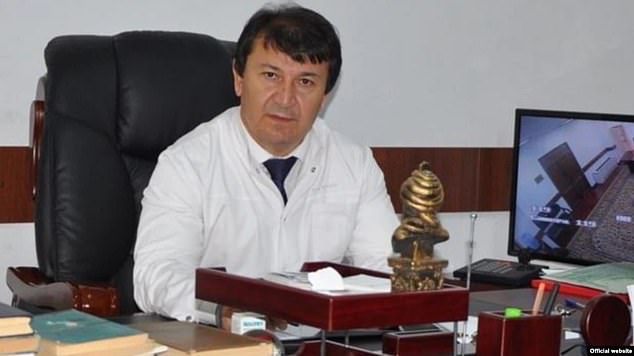 RFE/RL reported that no one from the government, presidency or other authorities would comment publicly on the allegations.

At a press conference on Tuesday, Deputy Health Minister Shodikhon Jamshed dismissed questions on the assault, the outlet reported.

Abdullozoda was not present at the press conference in the capital and no reason was provided for his absence.

The event followed a decision by the United States to provide Tajikistan with coronavirus vaccines.

The reported assault and arrival of the vaccines have highlighted the presence of the virus in Tajikistan, where authorities previously denied any infections, The Washington Post reported.

At least 10 members of the president’s family have reportedly tested positive for the virus, according to local media.

The Washington Post reported that a prominent imam had last week called for prayers for the president’s son-in-law, who had reportedly contracted Covid-19.

Rahmon’s brother-in-law was also reported by local media to have coronavirus and to be in a serious condition.

The reports coincide with a recent spike in cases among the country’s elite. Prior to these high-profile reported cases, the government frequently played down the effects of the virus.

Last month, a health ministry told spokesman Radio Ozodi, the Tajik branch of RFE/RL, that, while people were testing negative for Covid-19 despite having symptoms.

‘Many of these people, during the heat of early June, drank excessively cold, and even ice-cold water, and swam in cold waters. People who are going to the doctor are typically running high temperatures. But they do not have coronavirus,’ he claimed. 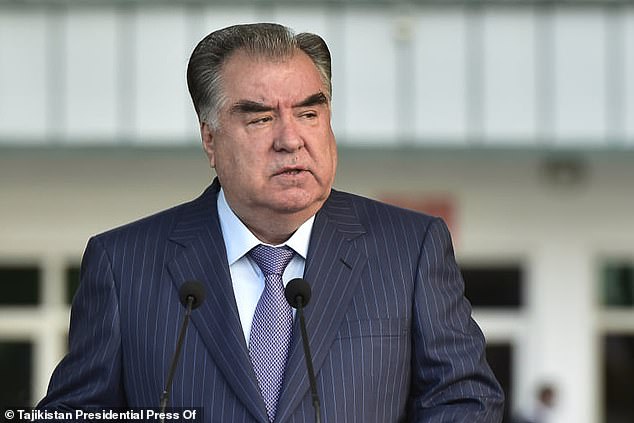 At least 10 members of President Emomali Rahmon’s family have reportedly tested positive for the virus, according to local media

When cases began being reported across Central Asia early in 2020, Tajik authorities claimed for months that the virus had not crossed into the country.

In recent months, the government has claimed to have defeated the disease, even as clinics continue to report dozens of daily cases and frustrated Tajiks have taken to posting photos of their positive tests on social media to counter the government’s claims, Eurasianet reported.

Tajikistan reported 81 new infections on Monday, adding to the total of 14,673 recorded since the pandemic began. The country has counted 118 deaths from the virus, including one reported yesterday.

Official figures, which saw no infections recorded between January 3 and June 22, are expected to be vast undercounts. No Covid-19 deaths were recorded between December 27, 2020 and July 2 this year.

Authorities say 460,000 of the country’s 9.3 million people have been vaccinated.

A Health Ministry official said this week that all countries had problems counting coronavirus cases and blamed the new wave of cases on the Delta variant.

Three days earlier, health authorities said no cases of the Delta variant had been registered in Tajikistan.