WORKERS in lockdown areas where businesses are forced to shut will get two thirds of their wages paid for in a new furlough-style scheme, it was announced today.

Chancellor Rishi Sunak set out measures of his new economic package, offering a new furlough programme in all but name, for firms that are ordered to close. 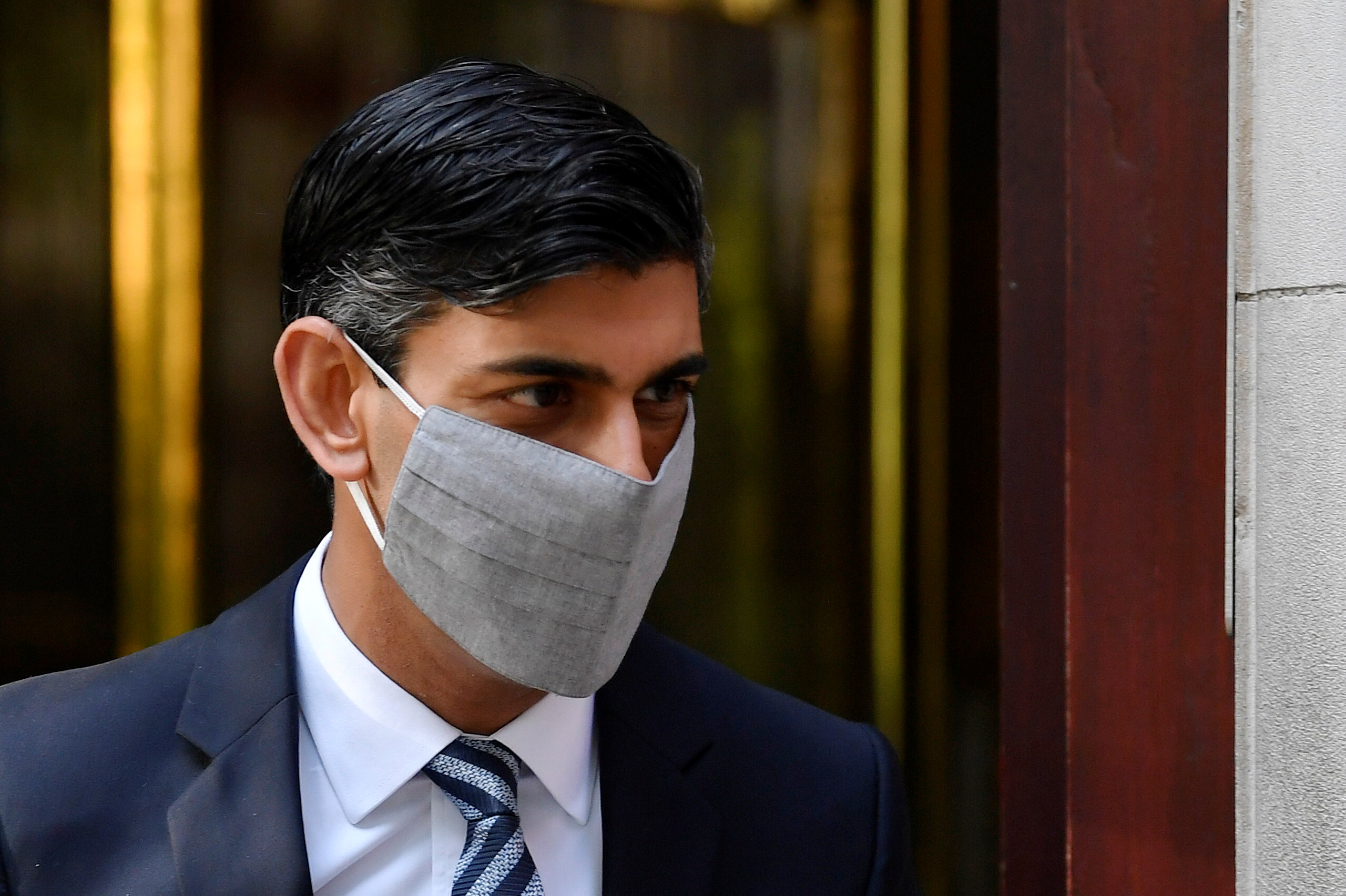 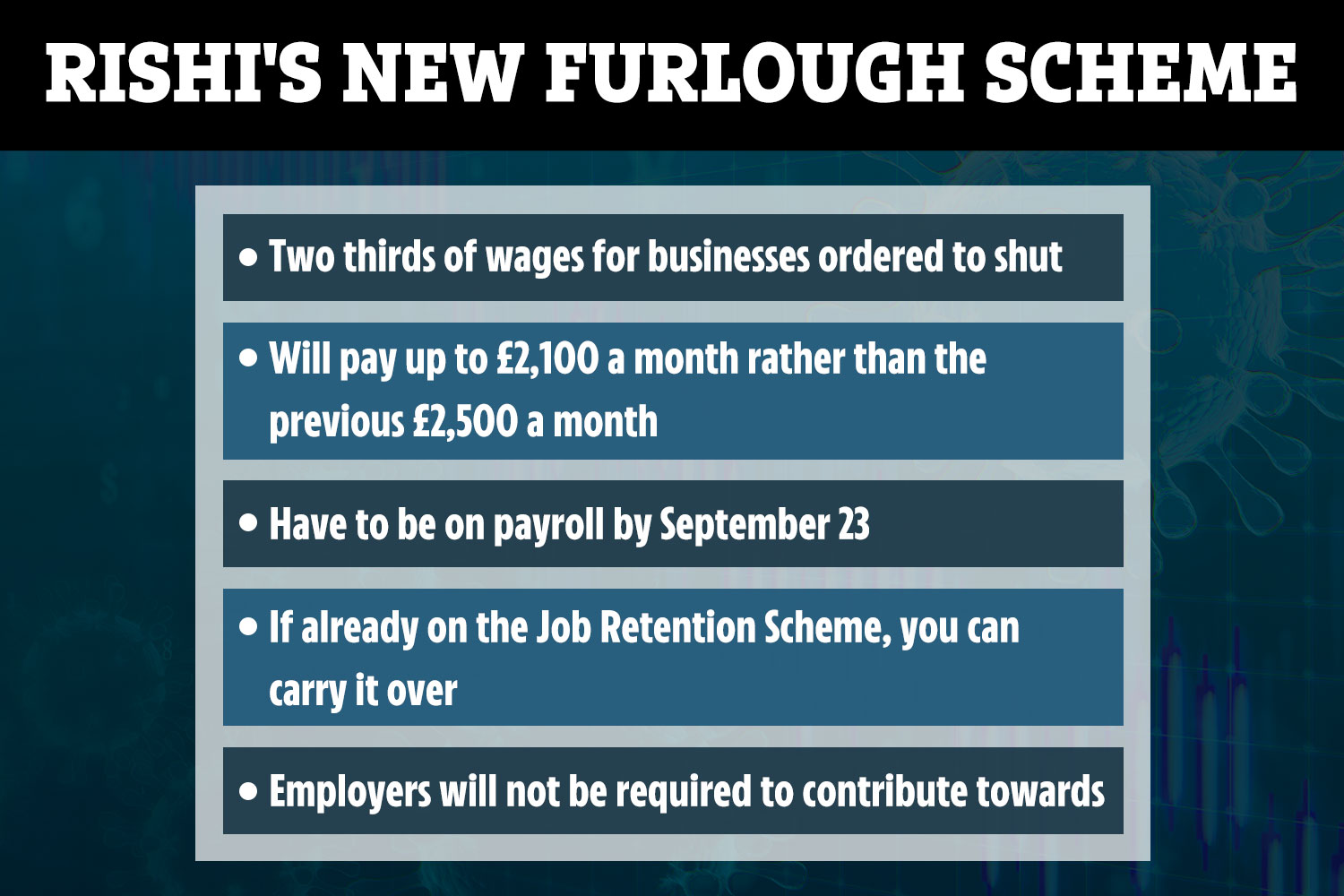 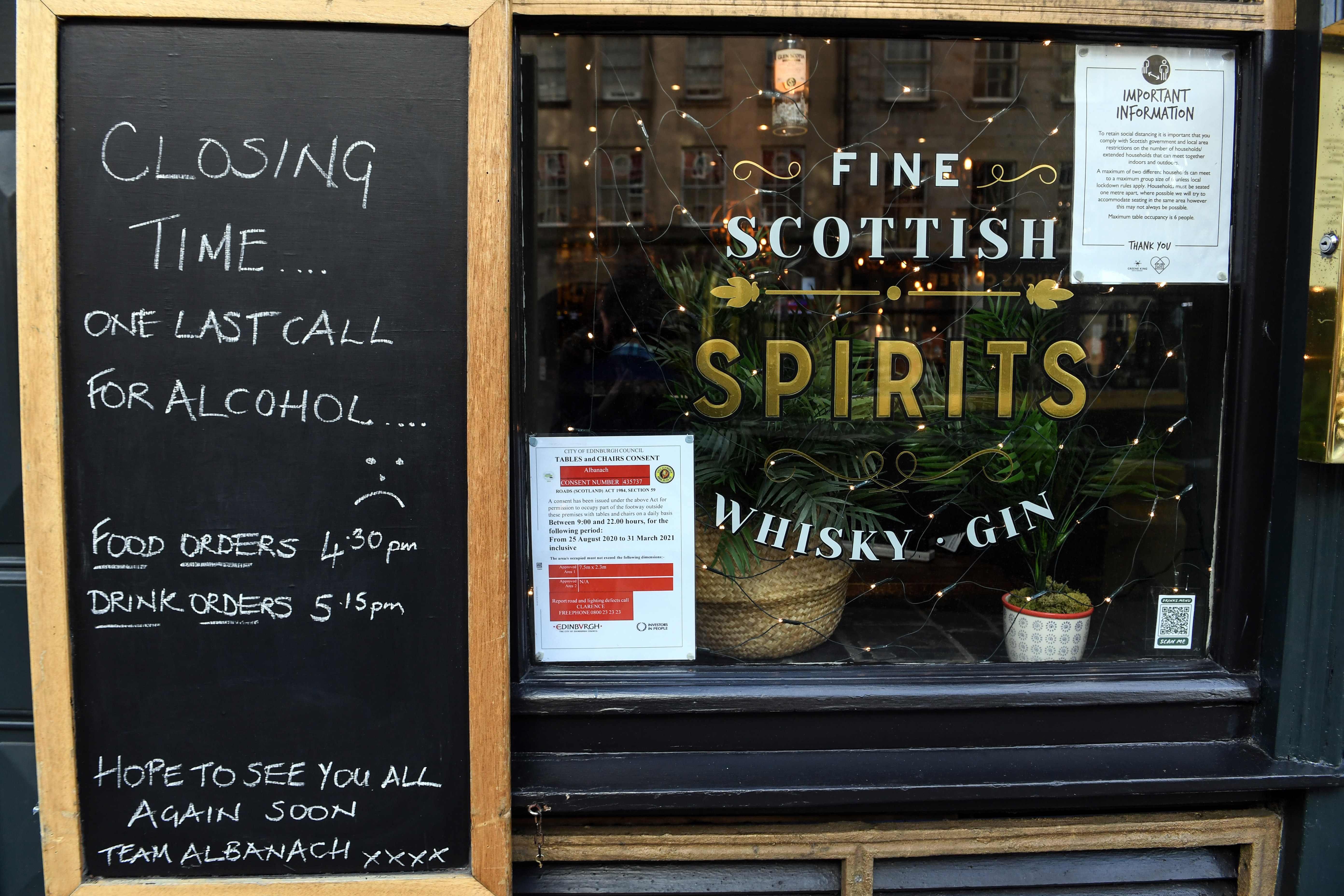 It's a sign that in the coming days the Government will force businesses to close.

Ministers are expected to outline a three-tier local lockdown system on Monday, which could see hospitality venues in coronavirus hotspots being temporarily shut.

The Treasury admitted today the new programme would run into the billions of pounds over the next six months as it prepares to continue propping up firms to try and save thousands of jobs.

The new scheme – which will kick in when the current Job Retention Scheme closes at the end of the month – will be eligible to firms who have been on the payroll on 23 December and are told to close.

Workers will be able to get their wages partially paid for up to six months, and it will be reviewed in January, today.

On the new programme, people will have to be off work for at least a week.

The Government will pay two thirds of wages – it's unclear whether employers will top them up.

Extra grants are also being made available for firms in lockdown areas – but again only if they are made to shut.

Businesses will be able to get up to £3,000 a month in help, which is paid in arrears every two weeks.

And the scheme will open to places that are already still forced to close – like nightclubs which haven't been allowed to reopen.

It will be a part of the new Jobs Support Scheme where employers can get 22 per cent Government help to pay wages if employees are only working part-time at the moment due to reduced demand.

Rishi Sunak, said today: "Throughout the crisis the driving force of our economic policy has not changed.

“I have always said that we will do whatever is necessary to protect jobs and livelihoods as the situation evolves.

“The expansion of the Job Support Scheme will provide a safety net for businesses across the UK who are required to temporarily close their doors, giving them the right support at the right time.”

In a pooled clip to the media he denied that it was just a rebranded furlough scheme, which he previously declined to extend arguing it was "fundamentally wrong" to hold people in jobs that weren't viable.

He said: "This is not a universal approach, this is an expansion of the Jobs Support Scheme specifically for those people who are in businesses that will be formally or legally asked to close so in that sense it's very different.

"I hope this provides reassurance and a safety net for people and businesses in advance of what may be a difficult winter." 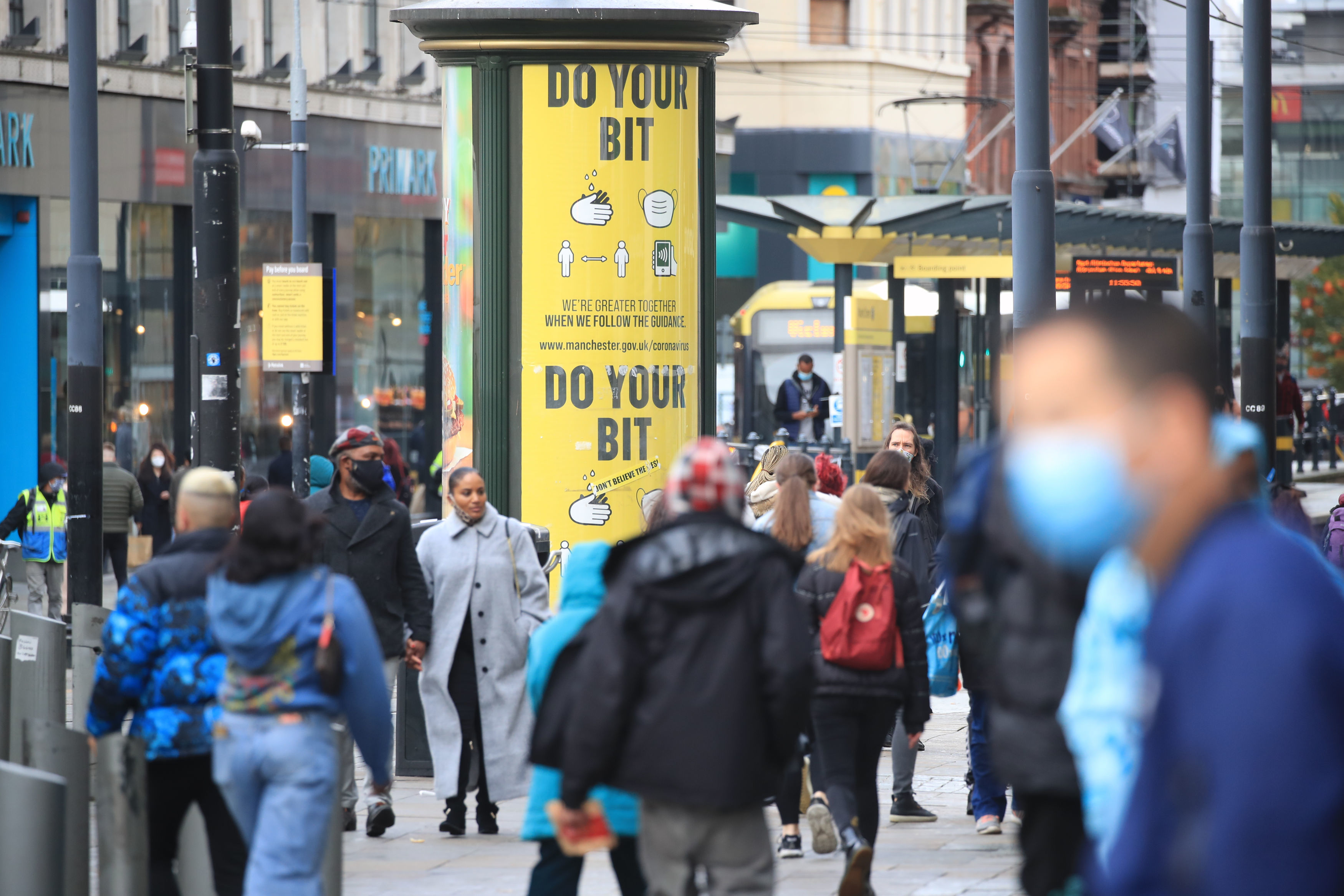 It's the latest of several statements the Chancellor has had to make to support jobs and workers since the pandemic began.

He's pumped in £210billion to the furlough scheme already in the seven months it's been running.

MPs reacting to the announcement said the help was welcome, but the numbers didn't add up.

Labour's Lucy Powell said: "Welcome that Government has accepted principle that businesses forced to close need support, as we’ve been calling for.

"But that principle needs making a reality by the numbers adding up. They still don’t unfortunately. And many businesses still closed from 1st time with nothing."

What is the new expansion of the Jobs Support Scheme?

09/10/2020 World News Comments Off on 'New furlough': Workers to get two thirds of wages paid if their business is forced to shut, says Rishi Sunak
Lifestyle