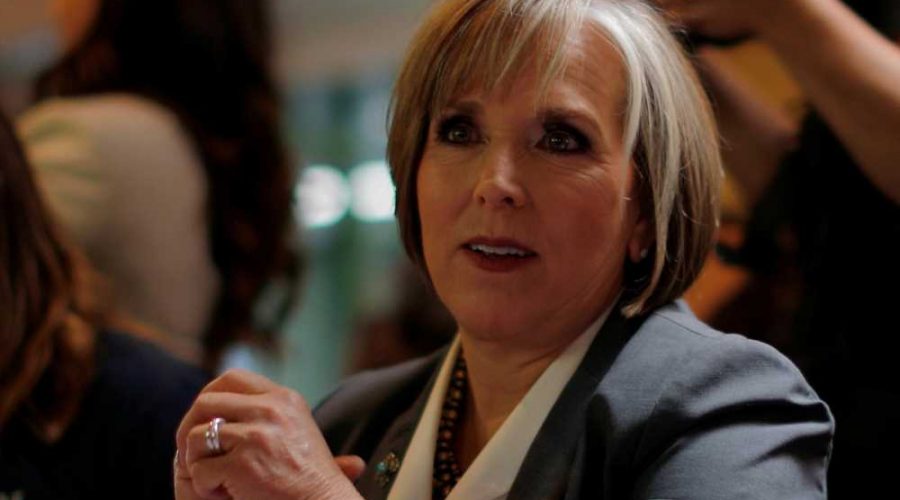 Woman recants claim she was raped by driver she hailed for ride home: cops

New Mexico Gov. Michelle Lujan Grisham’s campaign has shelled out at least $62,500 to a former staffer after he accused her of grabbing his crotch and laughing at him in front of his coworkers.

The payments were revealed in a campaign finance report filed late Monday and were made to a law firm representing James Hallinan, the former staffer who previously worked as a spokesman for the governor during her campaign, the Albuquerque Journal reported Monday.

Jared Leopold, a spokesman for the campaign, said the payments are part of a settlement to resolve “numerous dubious and disputed potential claims made by Mr. Hallinan arising from his employment in 2018…  and his subsequent search for employment,” the outlet said.

Hallinan, who has since started his own communications company, accused Lujan Grisham of sexual assault in late 2019, about a year after he left the campaign.

He alleged the governor poured a bottle of water on his crotch in front of other staffers and then grabbed his genitals through his clothes while she laughed, the outlet said.

The former spokesman said at the time he was talked out of reporting the incident by the governor’s campaign manager Dominic Gabello, who is currently working as a senior advisor in Lujan Grishman’s office.

The governor, Gabello and the campaign “strenuously deny that there is any merit or truth to Mr. Hallinan’s claims, including his claims about difficulty finding or keeping work after the campaign,” Leopold said in a statement.

“They reached a settlement in order to avoid the continuing distraction and significant expense of possible litigation and allow them to concentrate on working for the people of New Mexico during this pandemic.”

The payments to Hallinan were done in five monthly installments of $12,500, the documents showed. Since they were listed in a campaign finance report, it’s not clear if the settlement is larger than $62,500 and if more payments will be made in the future during the next cycle, the outlet reported.

Hallinan originally announced the allegations in a Christmas morning tweet in 2019, the outlet reported.

“A governor … is not above the law for her sexual and physical abuse of employees including (me!!!) I’ll talk more when I return to the country,” he wrote at the time.

The day after, a spokesman for the governor called the allegations bizarre and slanderous and other people who were present for the meeting claimed the alleged groping didn’t happen, the outlet said.