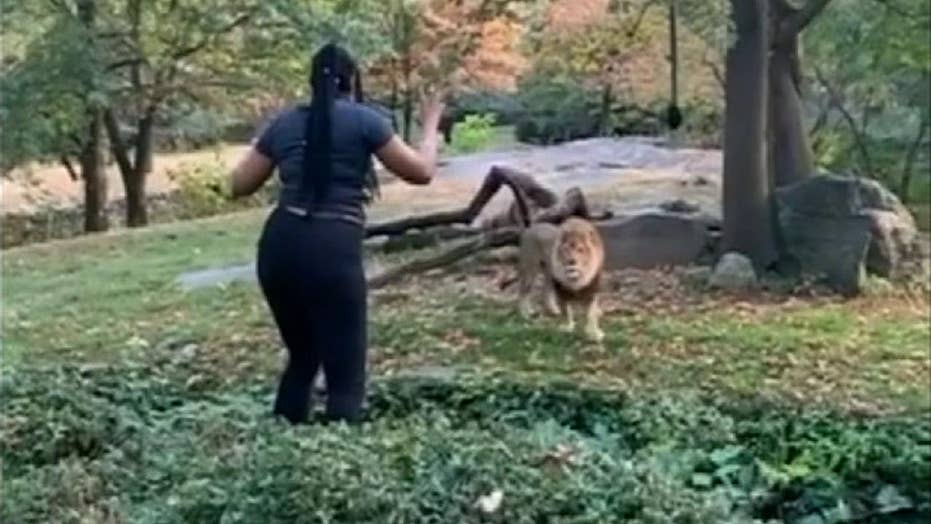 The woman does a short dance as the lion looks on confused.

The New York woman seen dancing in front of a confused lion after crashing the King of the Jungle's home away from home at the Bronx Zoo was reportedly arrested Wednesday, more than a month after video of the outlandish stunt went viral.

Myah Autry, 32, was taken into custody Wednesday in Brooklyn, where she surrendered to police in connection with the Sept. 28 incident that quickly became a social media phenomenon. Video taken after Autrey breached the African Lion's enclosure shows her standing just a few feet away from the ferocious feline, who simply stares back, apparently baffled by the woman's presence.

Before the video cuts out, Autry is even seen dancing in front of the big cat. Per the New York Post, the woman posted videos and photos of the close encounter on Instagram – even going so far as to taunt the NYPD, who'd sought her on two counts of criminal trespass after she broke into the lion's den and a giraffe enclosure.

A spokesperson for the Bronx Zoo told Fox News around the time of the incident that Autry's "action was a serious violation and unlawful trespass that could have resulted in serious injury or death."

"Barriers and rules are in place to keep both visitors, staff and animals safe," the statement said. "We have a zero-tolerance policy on trespass and violation of barriers."

Last Thursday, Autry appeared in a New Jersey courtroom after being accused of shoplifting, a charge to which she pleaded not guilty, WCBS-TV reported. She told the news outlet at the time that she was unaware of the NYPD warrant for her arrest.