Patients should be urged to see their GP by Skype to help reduce the deadly toll of air pollution, the NHS boss has said.

Simon Stevens spoke of how toxic emissions from traffic fumes were ‘silently and inadvertently’ increasing the risk of serious illnesses, but that the NHS could play a huge part in reducing them by cutting back on unnecessary journeys.

Patients and staff travel approximately 9.5 billion miles every year to and from hospitals, GPs and other health centres, he said. Switching to video consultations – on smartphones or computers – would be a simple ‘contributor to air pollution reduction’.

Air pollution is estimated to cause 40,000 premature deaths in the UK each year from conditions such as asthma, heart disease and chronic lung problems. Figures released earlier this month revealed how 2.6million children are attending schools in toxic air zones – areas which breach the World Health Organisation’s safe emissions limits. 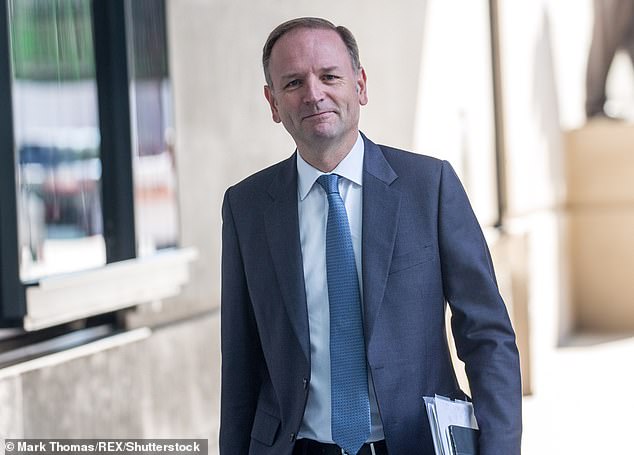 But although videolink appointments would reduce travel and toxic emissions, there are continuing concerns over their safety.

Doctors are worried that they would miss subtle signs of frailty and illness, which can be picked up only by seeing patients in the flesh.

Addressing 250 healthcare leaders yesterday at the Health Foundation think-tank in central London, Mr Stevens, who is chief executive of NHS England, said: ‘As a country we have choices that could clearly cut the number of people affected by avoidable illnesses.

‘So if, as a country, we are silently and inadvertently increasing our overall illness risks, that, in a sense, is future healthcare need and cost which we are storing up.

‘Even on the current trajectory for air pollution reduction, that’s still going to mean 1.9million children in toxic air schools by 2030. I think most of us would understand that’s not a good choice for our children or for our country.

‘There are things the NHS can do to contribute to this, since 9.5billion passenger miles each year arise from staff commuting and patient journeys. 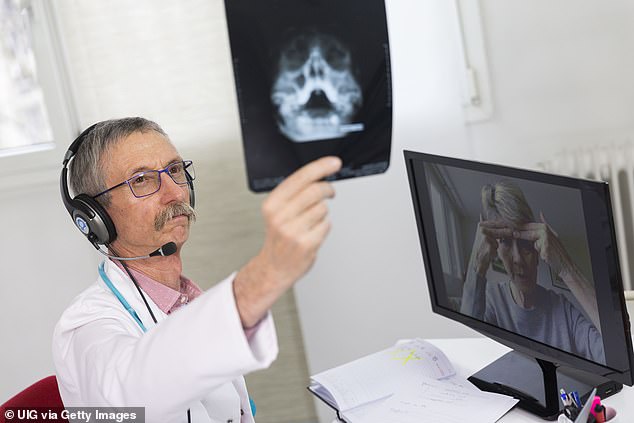 Mr Stevens said: ‘we are silently and inadvertently increasing our overall illness risks, that, in a sense, is future healthcare need and cost which we are storing up’

‘So if we invest in the digital replacement of some of the over 400million a year face-to-face patient contacts across the NHS, not only would that potentially be more convenient for patients, not only potentially maybe easier for staff to expand the number of sessions they’re able to do, particularly in general practice, but also it will be a contributor to air pollution reduction.’

Earlier this year Mr Stevens called for hundreds of thousands of hospital and GP appointments to be carried out via videolink as part of a ten-year plan for the NHS. Officials believe they will be more convenient for both patients and staff as well as less expensive – hospitals and GPs would not have to run so many clinics so would be able to save money on administration costs and staff.

But doctors’ leaders, notably the British Medical Association, are worried that videolink appointments would erode the doctor-patient relationship. 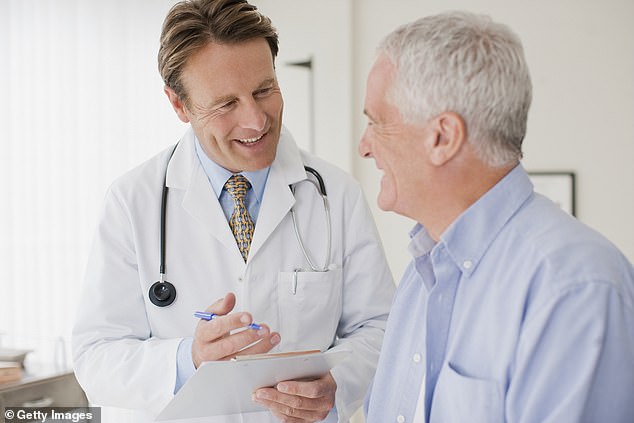 But doctors are worried that they would miss subtle signs of frailty and illness, which can be picked up only by seeing patients in the flesh and if this kind of consultation would be suitable for the elderly, who may be hard of hearing or unfamiliar with Skype-type technology

There are particular concerns over whether these consultations would be suitable for the elderly, who may be hard of hearing or unfamiliar with Skype-type technology.

The NHS has previously admitted that it is a huge contributor to air pollution, and staff are now urged to cycle, walk or share lifts where possible. Ambulance trusts have also promised to replace diesel- powered vehicles over the next two years with those which are less polluting and more energy efficient.

Earlier this month a coroner promised to reopen the inquest of a nine-year-old girl who died of an asthma attack which may have been triggered by air pollution. Ella Kissi-Debrah lived close to the busy South Circular road in Lewisham, south London, and had visited hospital 27 times before her death in 2013.