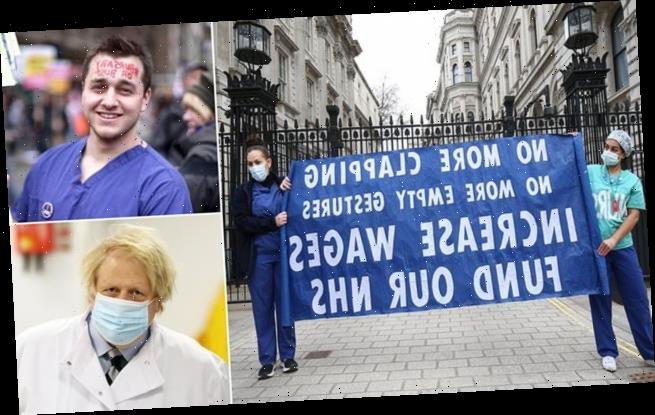 The nation’s highest-paid family doctor is one of hundreds earning more than the Prime Minister, the Daily Mail can reveal.

Patient and nursing groups last night blasted the ‘staggering’ sums and questioned how the vast disparity could be justified.

The fat cat medics are likely to be benefiting from a contract that allows them to run several surgeries and earn money for providing extra treatments.

But the starting salary of a newly qualified nurse is £24,907. 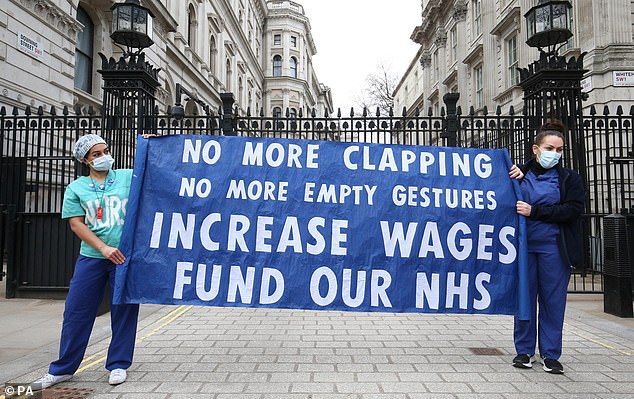 The starting salary of a newly qualified nurse is £24,907 – but a Freedom of Information request has revealed there are 270 GPs in England and Wales with pensionable annual incomes above £200,000

Meanwhile 270 GPs in England and Wales have pensionable annual incomes above £200,000, the latest figures show.

The revelations, disclosed under a Freedom of Information request, relate to the financial year 2018/19. It comes after the Government faced a backlash over its proposal to give health service workers a 1 per cent pay rise.

Yesterday a minister insisted it would not be a U-turn if the Government decided to increase nurses’ pay by more than 1 per cent.

An independent panel is due to make its own pay recommendations in early May, when the Government will make its final decision.

Many nurses have been left exhausted as they have borne the brunt of the pandemic, often while serving alongside higher earning doctors.

Anthony Johnson, lead organiser of Nurses United UK, said: ‘Nobody in the NHS should be earning £700,000 and it is frustrating that some GPs are playing the system like this.

‘There is a big disparity between what these doctors are earning and what their staff are being paid.

‘Nurses working in GP practices typically earn less than those working in hospitals and have worse terms and conditions. I’d like to see this wage gap narrowed.’

GP practices are run as businesses, whose NHS income depends on the number and type of patients on their books and the services they provide.

The GP partners, who run each practice, pay salaried doctors, other staff and running costs from this income and split the remainder between themselves.

Doctors may manage a group of surgeries, with many thousands of patients, pocketing the surplus from each. 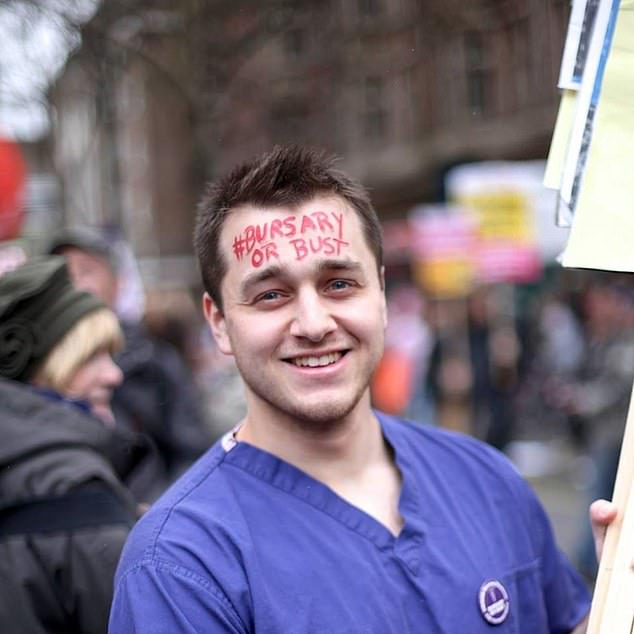 Anthony Johnson, lead organiser of Nurses United UK, said: ‘Nobody in the NHS should be earning £700,000 and it is frustrating that some GPs are playing the system like this’

Joyce Robins, from Patient Concern, said: ‘GPs do work hard but these are staggering sums that appear hard to justify.

I cannot see how a GP can earn so much more than the Prime Minister, given his responsibilities running an entire country.

‘Nurses have been through a lot during the pandemic and do deserve more.

‘It would be nice if there was less inequality.’

Dr Richard Vautrey, chairman of the GP committee at the British Medical Association, said: ‘GPs and their teams together make a huge contribution to the NHS – highlighted over the last year in their response to the pandemic and in their vital work leading the vaccination campaign.

‘GPs with the highest incomes… will more than likely be managing groups of practices with large numbers of staff and services, providing care for tens of thousands of patients or could be also delivering other NHS services for the local area.’