NIGEL Farage's Brexit Party is on course to sweep up more votes than every Remain party put together, polling shows.

The ex-Ukip boss is storming ahead in the polls ahead of Thursday's EU election. 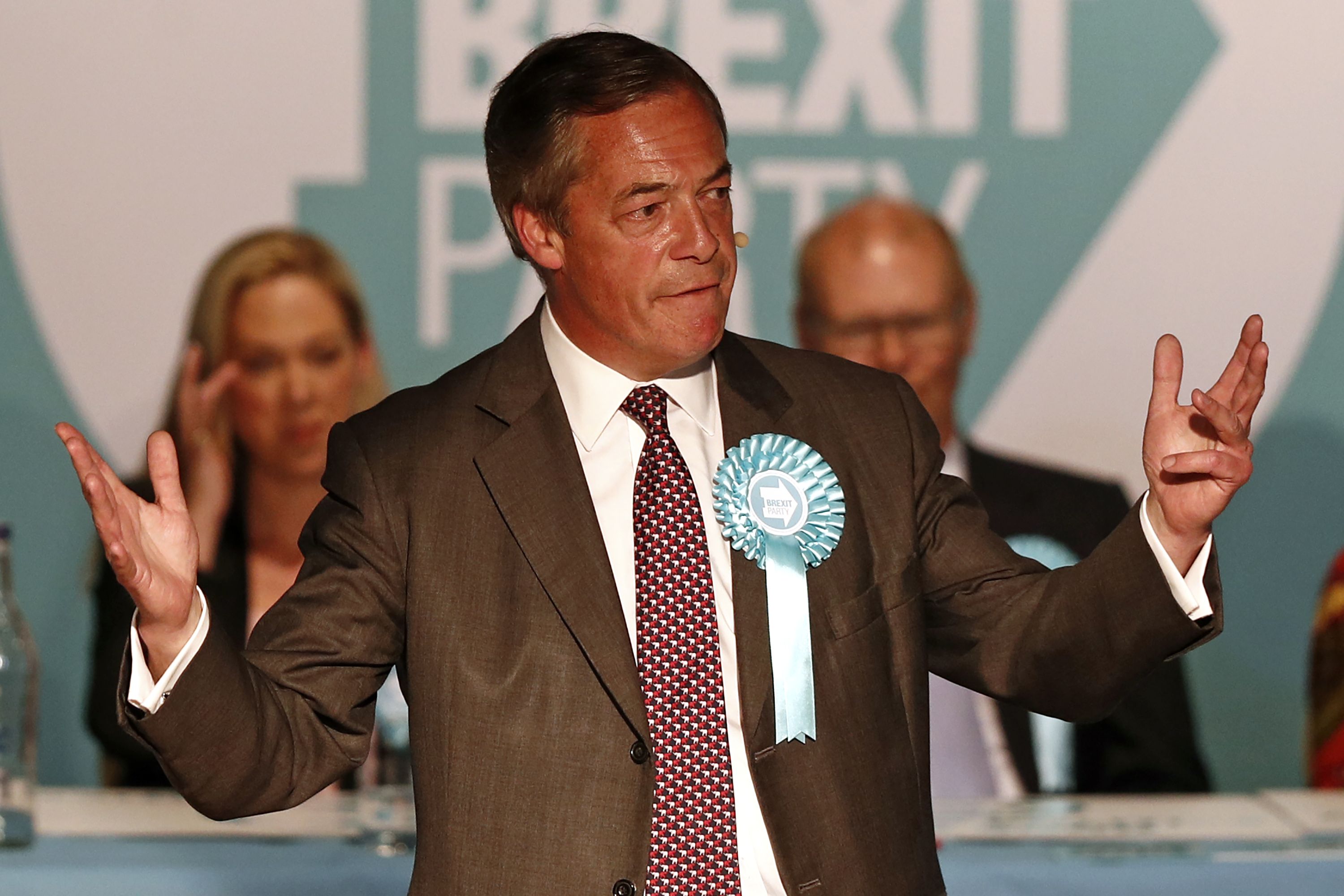 In the last six surveys on how Brits intend to vote in the EU polls, the Brexit Party have got a higher share of the vote than the Remain Parties.

Mr Farage is set to sweep the elections later this week and win the most seats and highest vote share in the UK.

The party is currently on around 34 per cent, according to YouGov, as furious voters abandon Labour and the Tories for not delivering Brexit yet.

The same poll has Theresa May's party in single figures on nine percent, and Labour on just 15. The Lib Dems are ahead on 17 per cent, and the Greens catching up on 11 per cent.

The vote will take place on Thursday, with the results piling in with the rest of the bloc on Sunday evening.

Mr Farage yesterday told Boris Johnson to drop his support for Mrs May's Brexit deal to seal an election pact between his party and the Tories – if he becomes leader.

But sources close to Mr Johnson insisted he wouldn't stitch up a deal, and he was the candidate to beat Mr Farage.

Mr Johnson voted against the deal twice before backing in on the final time – saying it was the only way to make sure Brexit happens.

The PM is desperately trying to draw up a fresh deal to put back to MPs in the first week of June, in a last-ditch attempt to get it through before the summer break.

Last week talks with Labour collapsed and Jeremy Corbyn said they wouldn't be able to come to a deal with the Tories.

A new package of measures is expected to include more protections on workers' rights and environmental standards to try and woo over Labour MPs, and more promises to soften the hated Northern Irish backstop to sway over Tories.

However, Government insiders are still pessimistic, with one saying: "I still don’t get any sense that it’s going to pass – but we might as well throw the kitchen sink at it."