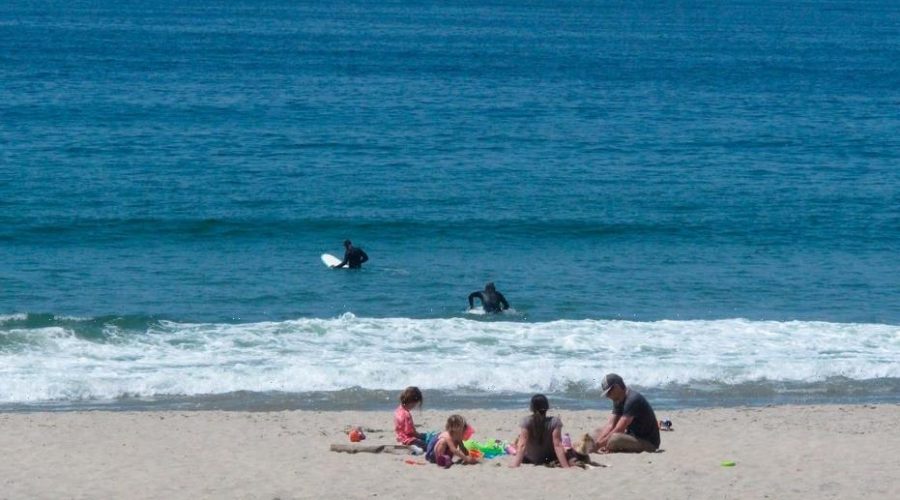 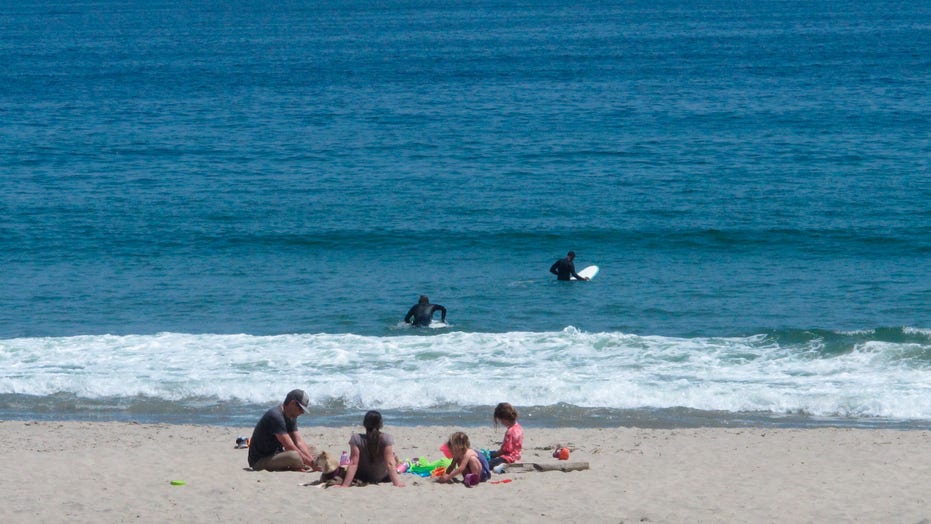 Former New Jersey Gov. Chris Christie on the vaccination push, potentially running for president in 2024, and the Biden administration’s handling of the coronavirus pandemic.

New Jersey’s wide, sandy beaches have been paid for by taxpayers across the U.S., from wheat farmers in Kansas to fishermen in Alaska.

But for decades, local governments in some Jersey Shore towns — and elsewhere around the country — have used a variety of tactics to keep outsiders off their sand.

One of the most effective methods has been restricting parking near the beach. The practical effect in shore towns like Deal, a wealthy enclave popular with New York doctors, lawyers and business executives, has been that people who don’t live within walking distance of the sand are often not able to use it.

This is happening despite numerous requirements that the state’s beaches be equally accessible to all, including a state law incorporating a legal concept stretching back to the Roman emperor Justinian that the tidal waters are the common property of all, held in trust by the state. And the ongoing federally funded replenishment of beaches along the coast by the U.S. Army Corps of Engineers comes with a requirement that adequate parking be provided near the taxpayer-funded sand. 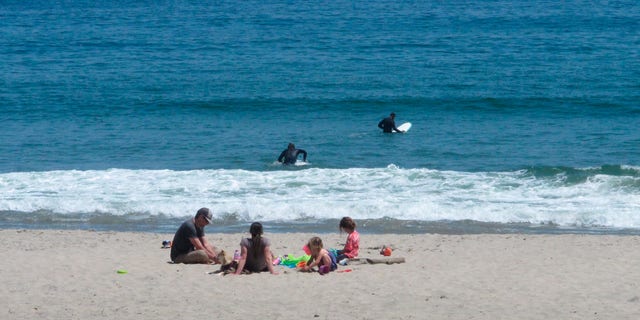 Beach-goers sit on the beach on May 15, 2021, in Deal, N.J. The Jersey shore town has introduced a law that would restrict parking on many streets closest to the ocean to residents-only. Some shore towns in New Jersey and other states have used parking restrictions as a way to keep outsiders off their beaches. (AP Photo/Wayne Parry)

But Deal has a long history of wanting to keep its beaches to itself. It would ticket or arrest surfers before a court decision ended the practice.

It has vacated street endings that terminate at the beach and sold the land to adjacent property owners, in some cases closing off access points to the beach that the public had long used. It toyed with selling parking permits for streets near the beach for $100 apiece before backing down.

And it is trying, yet again, to restrict summer weekend parking in streets closest to the ocean; residents would be given placards to put on their dashboards indicating their right to park on the street. Everyone else would have to park several blocks away, needing to cross a busy main street known for heavy traffic in the summer.

“The only way to the to the beach for the rest of us is walking, in sometimes dangerous situations,” said Patty Verrochi, who lives in a nearby shore town and likes to take short trips to Deal’s beach. She questioned the policy’s effect on people who are disabled, have young children in strollers or are carrying accessories like coolers and chair for a day at the beach.

“I had a couple incidents last year when I just gave up and went home,” she added.

That, according to Deal’s critics, is precisely what the tony seaside enclave wants.

“There is a long and shameful history of beach towns trying to keep people off their sand,” said Tim Dillingham, executive director of the American Littoral Society, which is suing Deal over its sale of a street end popular with surfers to an adjacent homeowner. “The law in New Jersey is clear: you cannot deny people access to the shore. This is becoming a big public issue, and the people in these residential areas are some of the most wealthy and powerful people in the state.”

“This is getting to be an annual thing every spring,” added John Weber, a councilmember in Bradley Beach and an executive with the Surfrider Foundation, which sued Deal over its prosecution of surfers for violating a “no swimming” ordinance.

Deal’s mayor and administrator did not respond to numerous requests for comment. Their proposed residents-only parking law is up for a final vote June 2.

Deal has a year-round population of just over 500, but its summer population swells to more than 10 times that amount. It is over 90% white; the average property is worth $2.2 million. 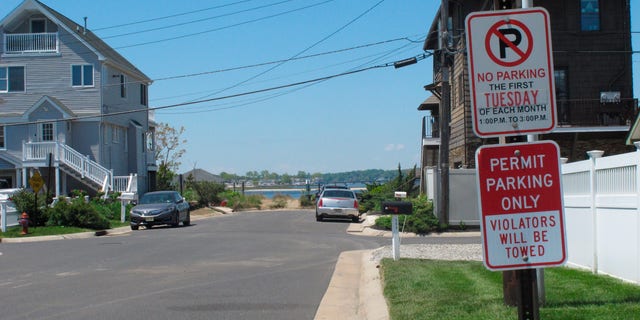 A sign is displayed on a side street in Sea Bright N.J. on May 15, 2021, restricting parking to those with a permit. Some shore towns in New Jersey and other states have used parking restrictions as a way to keep outsiders off their beaches. Sea Bright does offer a public parking lot near one beach. (AP Photo/Wayne Parry)

The state Department of Environmental Protection, which is in charge of enforcing New Jersey’s beach access laws, says it has spoken with Deal officials about the proposed law.

“I land conceptually on the side to make sure everyone has access,” Democratic Gov. Phil Murphy said.

Two state lawmakers recently wrote to Deal’s leaders asking them to scrap the parking ordinance, writing that the beaches “belong to everyone, equally.”

“No government body has a right to restrict access to the ocean and beaches to provide exclusivity to people who are fortunate enough to live along the beachfront,” they added.

Deal is far from the only town in New Jersey — or the country, for that matter — to impose onerous parking restrictions near its beaches. Although it has a public parking lot at its main beach, Sea Bright bans public parking along a majority of its nearly 5-mile (8-kilometer) oceanfront sea wall; the only ones allowed to park there are people who own homes on the opposite side of Ocean Avenue, and who can easily walk to the beach. Parking on many side streets is also restricted to residents.

Elsinboro’s mayor, Sean Elwell, said “the Army Corps of Engineer’s, DEP, and township worked together to ensure appropriate access to the beach.”

Jim Grant, who owns a local inn, says some signs pointing out public access points have disappeared — and unauthorized “no parking” signs have been placed by residents in some spots.

“We have one vigilante that goes out and puts stickers on people’s cars, or his family parks all their vehicles on the street,” he said. “It’s one big ‘Keep off’ sign near this beach.”

21/05/2021 World News Comments Off on NJ beaches paid for by all, but parking keeps outsiders away
Lifestyle