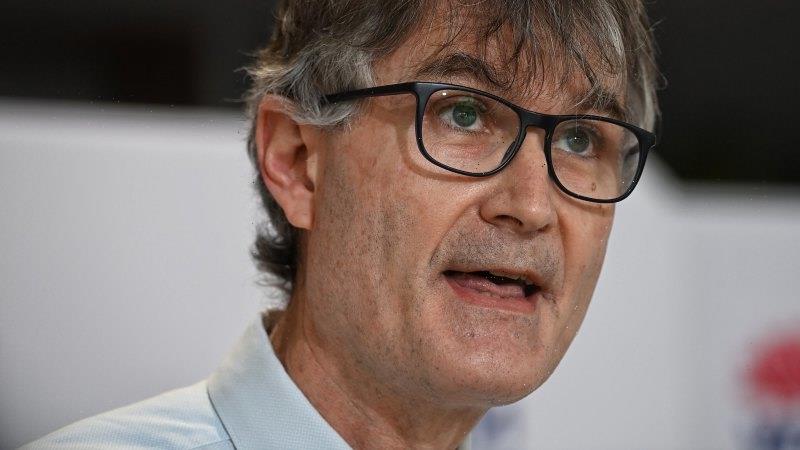 NSW has reported 1127 new COVID-19 cases and two deaths, with authorities saying it is too early to determine whether case numbers have reached a peak.

Both had received one dose of a COVID-19 vaccine, with the man in his 50s receiving his shot only three days before testing positive.

Dr McAnulty said cases in Sydney continued to be occurring primarily in western and south-western Sydney. “The suburbs with the highest numbers of cases continue to be around Auburn, Greenacre, Bankstown, Liverpool, Merrylands, Punchbowl, Riverwood, Yagoona, Condell Park and St Clair,” he said.

There are currently 1253 patients with COVID-19 admitted to hospital and 231 in intensive care with 104 who require ventilation.

Dr McAnulty says the rate of reproduction of COVID-19 across the state is ranging from 1 to 1.2.

“It’s been a little bit over 1 and that’s why we’ve seen cases increasing, but when it gets to 1, that means it’s flattening,” he said.

“In some cases where we’ve seen increases such as in the Illawarra and Central Coast several days ago, it was certainly above one but where we’re seeing a decline, it falls below 1.”

He said he needed a few more days to determine whether the curve was flattening. “We have seen in the past, you know, three days of flattening and then it jumps up again. So we need to be cautious in drawing any conclusion,” he said.

The Premier on Monday expressed concern about rising cases in part of the City of Sydney local government area, but said any decision to alter the areas of concern would be based on the health advice.

Two Sydney public schools will be closed on Tuesday after new COVID-19 cases were reported. 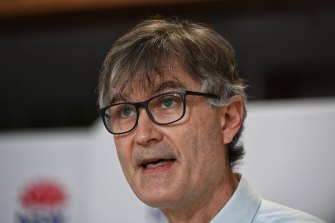 All staff and students at the schools have been asked to self-isolate and follow NSW Health advice after members of the school communities tested positive to COVID-19.

“NSW Education will continue to work closely with NSW Health to ensure the health and safety of all students and staff is maintained,” the department said in a statement.

In an appearance on ABC radio on Tuesday morning, Jane Halton, who is leading the second review of Australia’s quarantine program, said people returning from overseas may be able to complete quarantine in their homes by Christmas, but there was still a lot of work to do before Australia’s borders could reopen.

“We want to make sure that the current quarantine system is working well and to look to ensure that all the recommendations from last year have been implemented,” Ms Halton said.

“I’m pleased to say that the state and territories have really lifted their game on the existing quarantine system, so that’s really good news.

“But we know that we will want a variety of quarantine going forward and home quarantine for those people who can quarantine at home.

There were 445 new local cases reported in Victoria on Tuesday and two deaths.