DRAMATIC footage shows a Tennessee nurse passing out while being interviewed on live television after taking the coronavirus vaccine.

Tiffany Dover later said she suffers from a condition that sometimes causes her to faint when she feels pain. 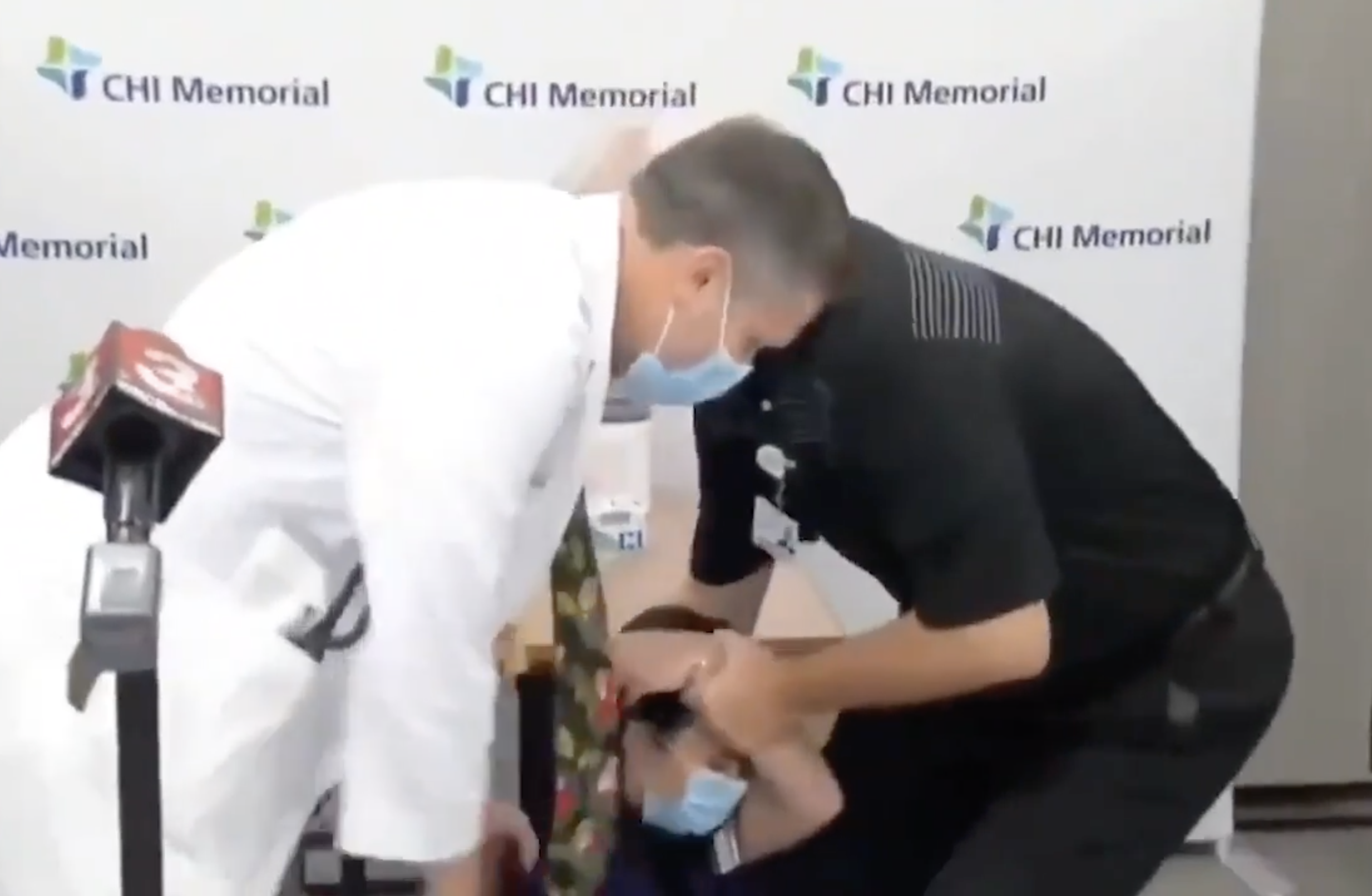 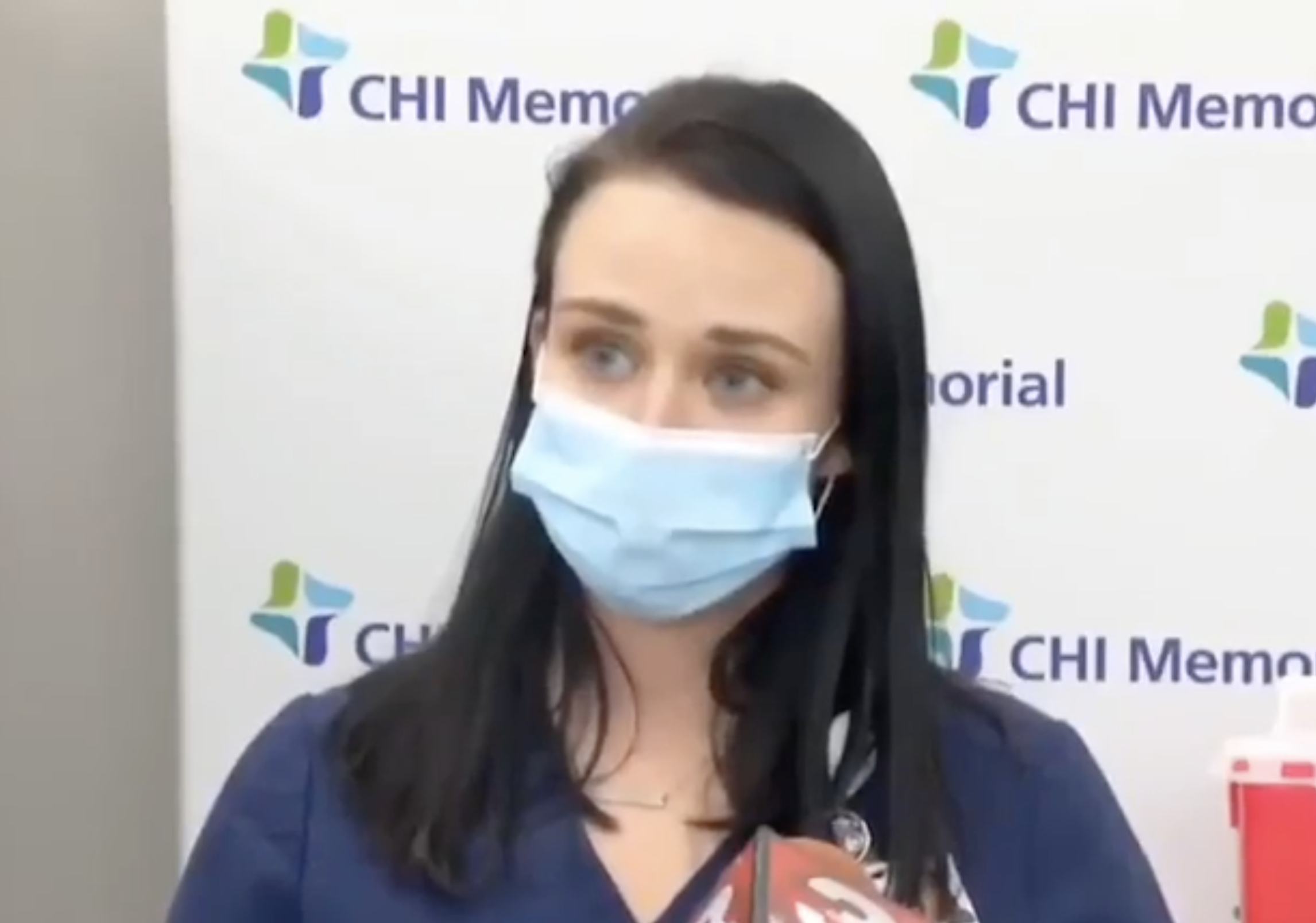 It comes as the roll-out of the Pfizer vaccine, approved for use by the Food and Drug Administration last week, gets underway for certain groups in the United States.

Dover is the nurse manager at the CHI Memorial Hospital in Chattanooga, and was speaking to local news teams about the city's first batch of vaccinations for frontline medical staff.

In footage shot around 17 minutes after she received the jab herself, Dover is seen telling ABC's News Channel 9: "All of my staff are excited to get the vaccine.

"We are in the Covid unit, so my team will be getting the first chances to get the vaccine.

"And I know that it's really…"

She then cuts off and says: "I'm sorry I'm feeling really dizzy."

Shortly afterwards, she slumps to the ground as colleagues move in to catch her.

She was able to stand up and speak with news teams again a short time later.

"It just hit me all of the sudden, I could feel it coming on," she said.

"I felt a little disoriented but I feel fine now, and the pain in my arm is gone."

She also said she suffers from a condition that will often cause her to faint when she feels pain.

Doctors at the hospital later said the incident was not a reaction to the ingredients of the vaccine.

Dr. Jesse Tucker, Medical Director of critical care medicine, said: "It is a reaction that can happen very frequently with any vaccine or shot.

"There is no reason to suspect that that's due to the vaccine whatsoever."

Pfizer's vaccine was approved following clinical trials involving tens of thousands of people and has been found to be at least 95 percent effective.

Pfizer has said the vaccine was "well tolerated" during the trials and that there were "no serious safety concerns".

The roll-out comes with around 220,000 new cases of the coronavirus still being recorded in the US every day.

The country has so far registered around 17.6million cases, almost a quarter of the global total.

Its nationwide death toll currently stands at 317,929, and is increasing by around 2,500 per day. 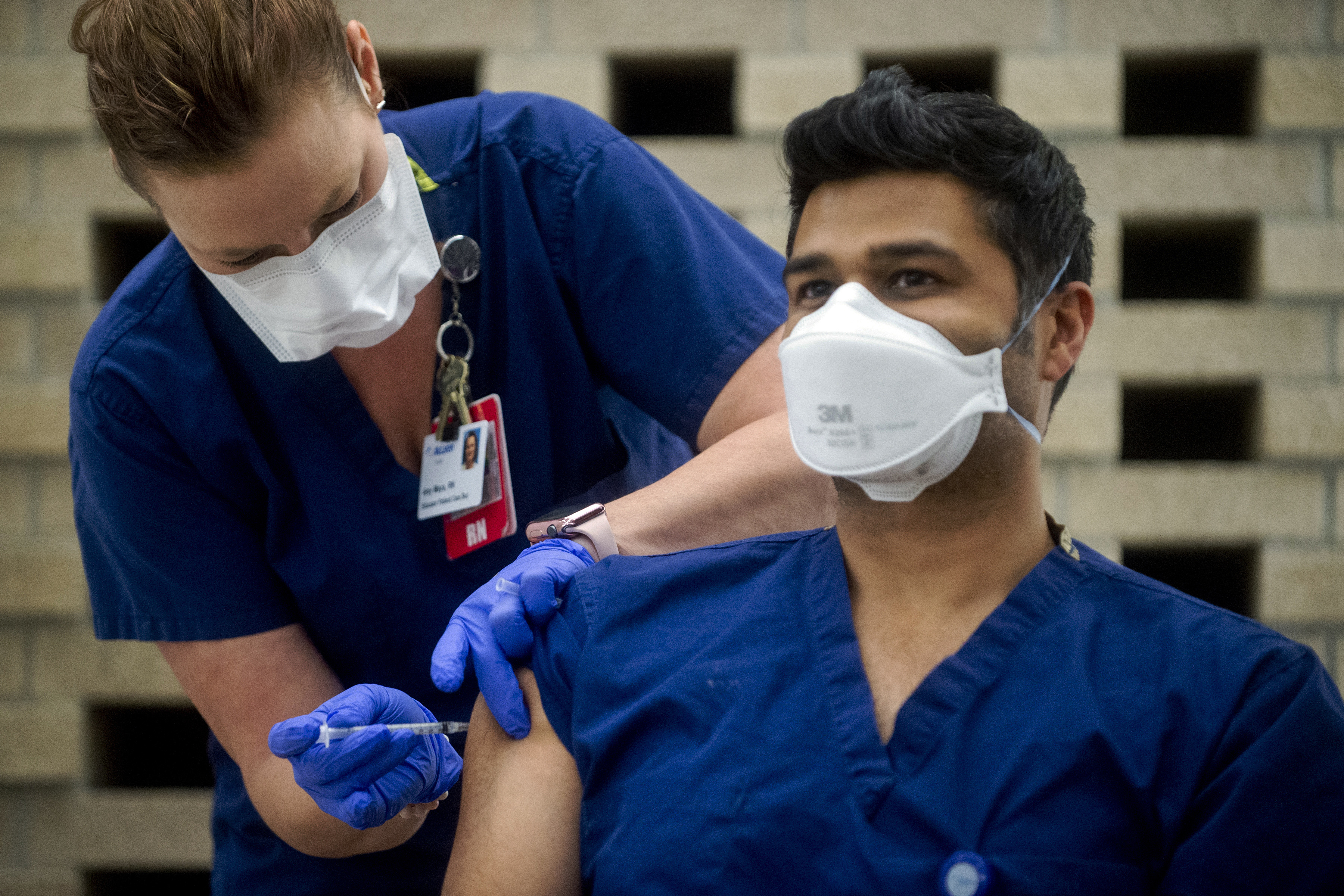