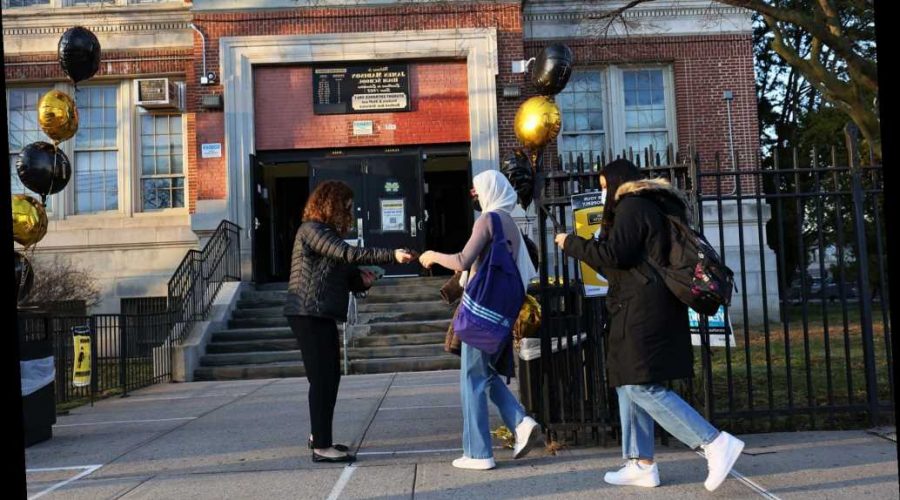 WHO does not back COVID-19 vaccination passports

At least some New Yorkers won’t have to compete with tech-savvy teens for COVID-19 vaccine appointments.

New York City is opening more walk-up COVID-19 vaccine sites for the elderly and deploying an inoculation bus for restaurant workers, Mayor Bill de Blasio announced Tuesday — as all New Yorkers 16 and over became eligible to receive the coveted shots.

“Now with a universal approach, we look forward to reaching people of all ages,” de Blasio said during a City Hall press briefing.

Hizzoner announced that Gotham is expanding its walk-up vaccination program for seniors 75 and older, expanding the number of sites where the elderly can get shots without an appointment — thus avoiding the city’s notoriously frustrating online sign-up system — from three to 25 city-run facilities across the five boroughs this week.

“We’ll have walk-up opportunities for seniors 75-years-old and up to come in and get a vaccination right away,” de Blasio said. “This is the group we need to reach the most.”

“This is a tactic that we know is working. It’s been working around the country, too. So we’re going to be doing more of this,” he added.

Additionally, de Blasio said the city will launch a new mobile COVID-19 vaccination bus where up to 200 doses of Johnson & Johnson’s single-shot vaccine will be administered per day.

The ADA-compliant bus – with a capacity of six “exam rooms” – will be first deployed Wednesday in Sunset Park, Brooklyn. Restaurant and delivery workers will be prioritized for vaccines in the first week.

Dr. Ted Long, the head of the city’s Test and Trace Corps, appeared virtually during the briefing to give a tour of the bus, which will join the Big Apple’s mobile vaccination fleet of 20 vans.

“This bus will tear down barriers to getting vaccinated, by bringing the vaccine — hundreds of doses a day — literally to your doorstep,” Long said.

Long continued, “With this new mobile bus that we can drive anywhere in the city, plus our 20 mobile vans that we have today, New York City’s vaccine effort is truly on the move!”

To date, the city has administered a total of 4,601,756 vaccine doses since inoculation efforts began in mid-December.

“To give you perspective that is more vaccinations than there are people in the entire state of Kentucky,” de Blasio noted.

06/04/2021 World News Comments Off on NYC makes it easier for elderly, restaurant workers to get COVID-19 vaccines
Lifestyle