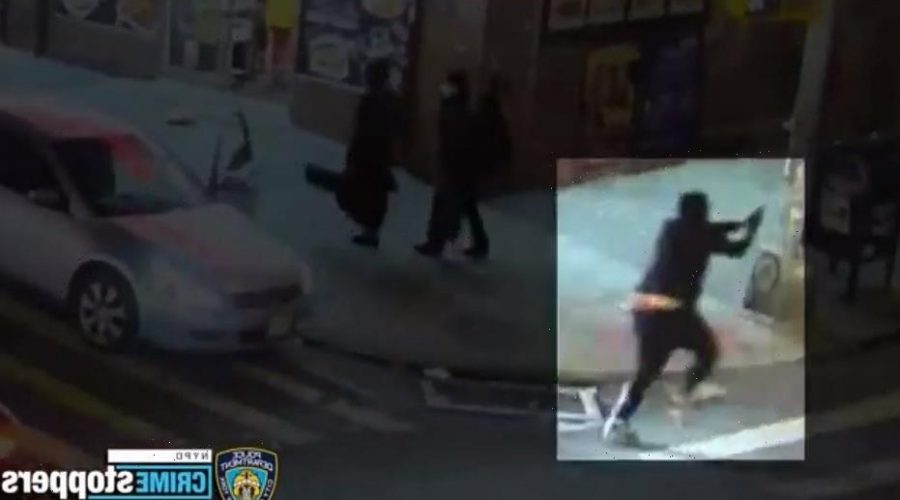 Bill Bratton, who served two terms as NYC Police Commissioner, argued that, despite his hopes for new mayor Eric Adams, he is ‘not sure’ the rest of the political establishment in NY will help get the job done.

New York City officials have increased the reward for information leading police to the suspect who shot an 11-month-old baby in the head during a fight on the streets of the Bronx, as the manhunt for the gunman reaches its second week.

The New York Police Department’s (NYPD) Crime Stopper’s unit is now offering a reward of up to $10,000 for information leading to the man behind the Jan. 19 shooting near the intersection of East 198th Street and Valentine Avenue.

The toddler was caught in the crossfire and shot in the face around 6:45 p.m. while she was with her mother inside a car near where at least two men were fighting, police and sources have said.

The NYPD released new video late Monday of the gunman running on the sidewalk, wearing a dark-colored sweatshirt emblazoned with a white logo, and dark pants. The department also released images of a vehicle believed to have been involved.

And last week, the NYPD released video of the suspected gunman running through the intersection – past people and moving cars – and pointing the gun toward his apparent target.

Speaking to reporters after the shooting, New York City Mayor Eric Adams said the earliest video of the shooting showed “there was a total disregard for the innocent people who are walking these streets.”

Adams said the baby’s father had just stepped into a nearby drugstore but left the store when he heard “his wife screaming.”

“Coming outside and seeing his wife holding his baby and a coat colored pink, but stained with red blood from his child,” he said. “It’s unimaginable. It is unimaginable that this is happening in our city.”

He said the bullet passed through the young girl’s head.

Earlier in the press conference, Adams said whether it is a police officer or a baby shot, “I’m going to stay in these streets until this city is safe. I’m not going to surrender this city to violence.”

He added: “When I hear people say that we should not incarcerate those who are discharging bullets of death through our community, they need to talk to this mother.” 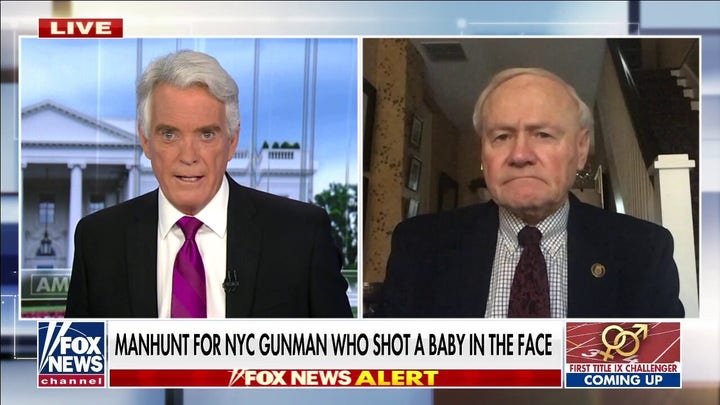 New York City has experienced several tragic shootings since the beginning of this year. Last week began with two police officers shot in less than 24 hours. Both survived.

The week ended with more horrific circumstances – two officers were shot Friday while responding to a domestic violence call in Harlem. One of the officers, Jason Rivera, could not be saved, while the second remained in critical condition.

The gunman, Lashawn McNeil, was wounded by a third officer who returned fire. McNeil succumbed to his injuries on Monday.