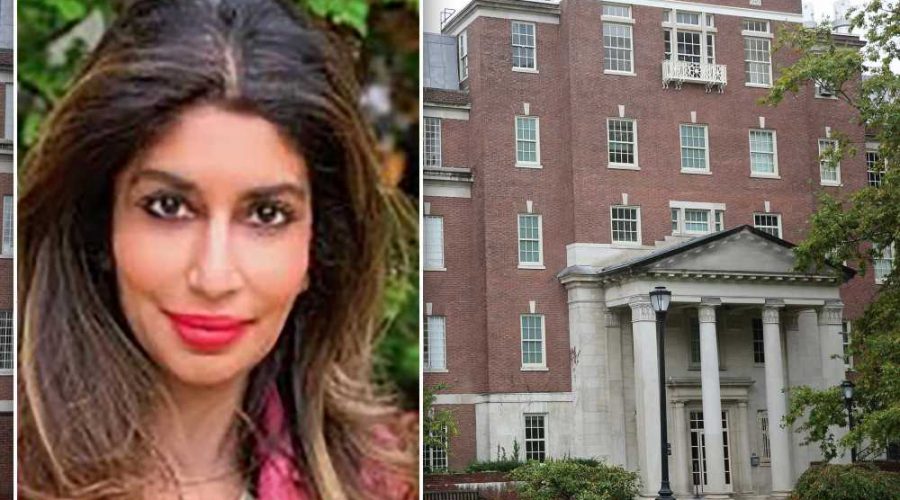 Dr. Aruna Khilanani campaigned for weeks to get Yale to publicly release her talk on race, but she likely didn’t anticipate the backlash her fantasies of “unloading a revolver into the head of any white person that got in my way” would generate.

The Manhattan shrink was targeted across the internet, from health ratings websites to Twitter and TikTok, for her April 6 race-hating comments to the Ivy League institution’s Child Study Center.

Her lecture, “The Psychopathic Problem of the White Mind,” not only included daydreams of gunning down white people but also dismissed the possibility that any of her targets could emphasize with people of color or understand racism. She said, “addressing racism assumes that white people can see and process what we are talking about.”

“We keep forgetting that directly talking about race is a waste of our breath,” Khilanani stated in the incendiary speech. “We are asking a demented, violent predator who thinks that they are a saint or a superhero to accept responsibility. It ain’t gonna happen.

“They have five holes in their brain. It’s like banging your head against a brick wall.”

Khilanani, who could not be reached for comment Saturday, also said she’d walk away from such a shooting “with a bounce in my step” and that white people “make my blood boil” and “are out of their minds and have been for a long time.”

Her remarks were made public Friday. One Yale prof crticized her online.

“The racism expressed by Dr. Aruna Khilanani … is deeply worrisome & counter-productive,” posted Nicholas Christakis, a physician and professor of social and natural science at the Connecticut institution. “Of course, as an invitee, she is free to speak on campus. But her views must be soundly rejected.”

That mild rebuke was outdone on multiple health websites, including Healthgrades, where some threw her words back at her in “one star” reviews.

“Once when I was having trouble with my teenaged daughter I made an appointment,” one such ‘review’ dated Saturday read. “The minute I walked in and she saw I was white, she unloaded a revolver in my head.”

On RateMDs, she was called, “racist and an avowed future murderer,” and “Bigot, full stop.”

“People who hate as much as her should not be allowed to practice,” another said, one of multiple calls for her medical license to be revoked.

That would require an investigation by the state’s Medical Conduct Program. It’s not clear if accusations of racism would meet the criteria set out on the state Health Department’s website, which state “complaints about a physician’s communication skills, attitude, or bedside manner do not generally fall under the jurisdiction of the board,”

A frequent poster to Twitter and TikTok, Khilanani went silent on social media since her speech blew up after it was posted on the substack online platform of former New York Times opinion writer Bari Weiss, along with an interview of Khilanani conducted by writer and podcaster Katie Herzog.

The comments from the NYU- and Columbia-trained psychiatrist and psychologist contradict statements on her website about her welcoming practice. There, she issues a call to “outsiders,” promising her office as a “meetpoint” and “humble sanctuary for all kinds of people.”

“Whoever you are, and wherever you come from, our world is better because of you,” she states on the site. “Conservative, Liberal, Old, Young, Blue, Black, CIS, Trans, Asian, Fat, Skinny, rural, urban, B-baller, international, ex-pat, Rapper, Queer, White, Muslim, Biker, Rocker , Lax player, Atheist, Trump Supporter, Darwinist, Trump Hater. … All are welcome at the meetpoint.”

Not every comment was attacking Khilanani. One anonymous user on TikTok called her comments “so inspiring” and said she was “speaking to my own experiences.”

“Don’t let these people suppress your voice,” the user posted. “It’s so important.”

But the vast majority rejected her remarks.

“You sound as ignorant and racist as a white supremicist,” wrote another user. “You should lose your medical license.”