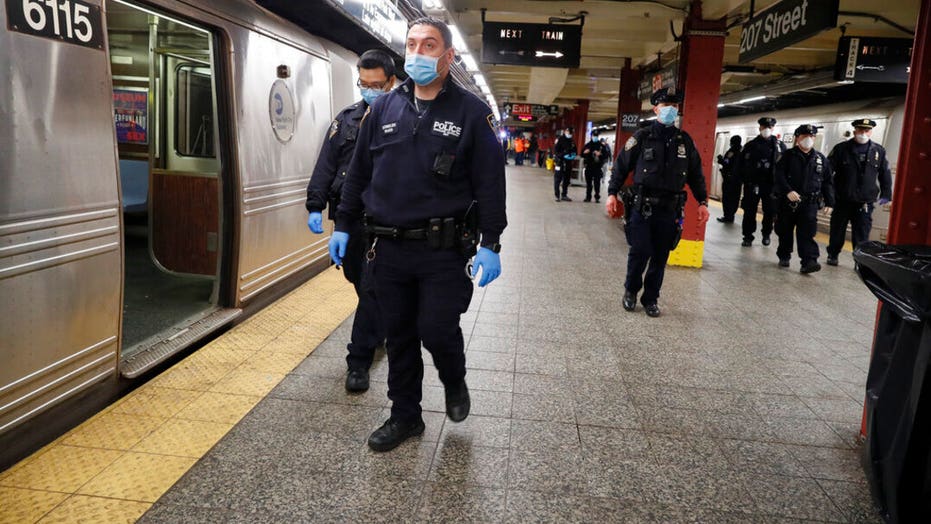 A subway train in New York City  derailed after hitting debris that was thrown on the tracks, leaving three people with minor injuries, according to officials.

A northbound A-train was pulling into the station when it hit debris on the tracks, "resulting in a wheel leaving the track."

"The matter is under investigation," Feinberg said in a statement. "The incident caused a loss of power to all four tracks." 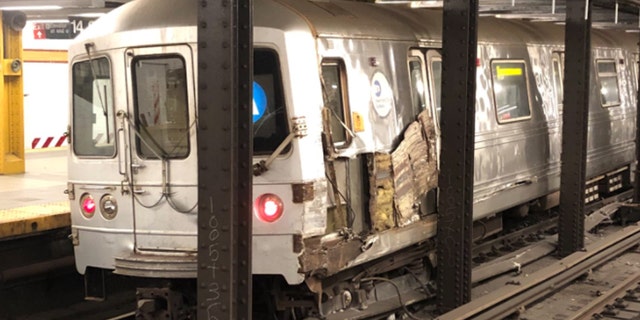 A subway train in New York City derailed after striking debris on the tracks in Manhattan on Sept. 20, 2020.
(David Lavine via Storyful)

One person was taken to a hospital for evaluation and the other two declined treatment, according to FOX5.

The New York Police Department (NYPD) said the train derailed after someone threw debris from a construction project onto the tracks. NYPD Transit Bureau Inspector Thomas Ponella said that police are interviewing a 30-year-old man who was taken into custody, with charges against him pending.

"The investigation is ongoing at this time," he told reporters. 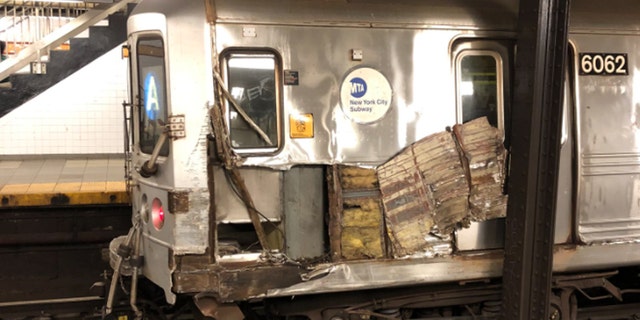 A subway train in New York City derailed after striking debris on the tracks in Manhattan on Sept. 20, 2020.
(David Lavine via Storyful)

The New York Post reported that good Samaritans grabbed the man suspected of throwing the metal construction pieces onto the tracks and held him until police arrived.

“He was apprehended by the customers and he is now in custody,” one MTA worker told The Post.

The unidentified suspect is a 30-year-old homeless man being investigated as a potential emotionally disturbed person, police sources told The Post. 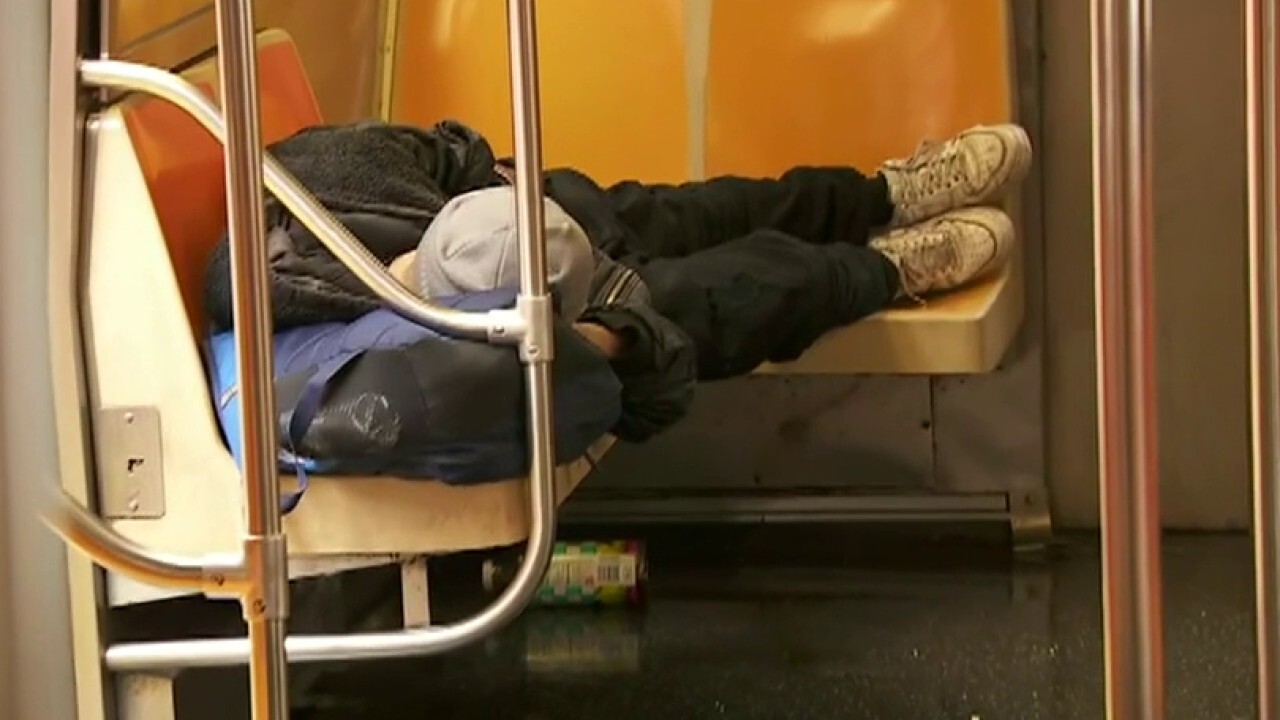 NYC to shut down subway system for overnight cleanings

The New York Daily News reported the 30-year-old suspect was "laughing" after tossing the items onto the tracks, causing the derailment.

The MTA's chief safety officer, Pat Warren, told reporters during a brief news conference there were 135 people on the A train at the time of the incident.

"The heroic crew of that train were able to stop the train at the time of the incident," he said.

Warren said that officials so far ruled out malfunctioning equipment or crew error.

The derailment caused major delays for trains that use the 14th Street station along the Eighth Avenue line and throughout the system, including the A, C, D, E, and F trains.

Some 125 riders were safely evacuated from another train that was stuck in the tunnel near 34th Street when the power went out, according to transit officials.