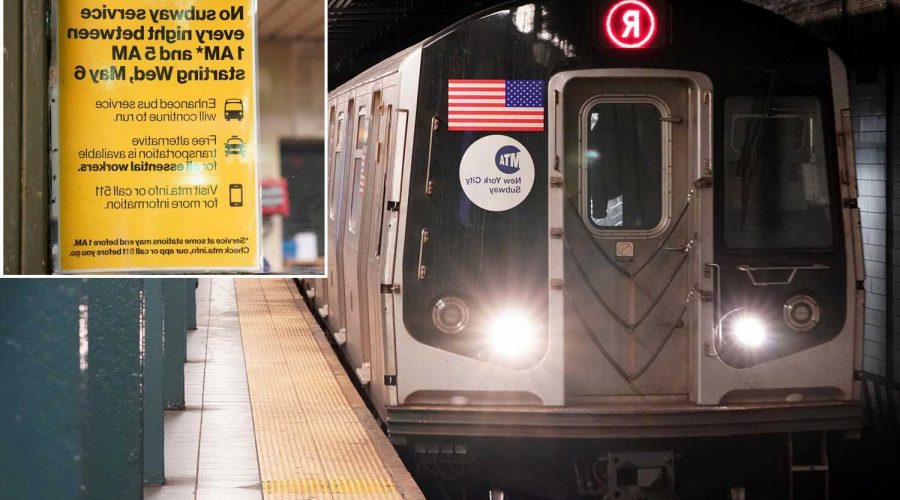 The nightly shutdowns initially ran from 1 a.m. to 5 a.m., before being shaved down to 2 a.m. to 4 a.m. in February. The closures attracted the ire of transit advocates, who accused the MTA of leaving thousands of New Yorkers without a way home.

“There will be no more closure going forward, and the city that never sleeps is again going to have 24/7 subway service,” MTA Chairman Pat Foye said during an appearance Sunday at 59th Street-Columbus Circle station. “This is a special moment for the city.”

Foye said the MTA will continue its pandemic policy of requiring riders exit trains at terminals in order to allow for deep-cleaning and disinfecting.

Officials will spend $300 million-per-year on the cleaning — despite scientific consensus that the virus rarely spreads via surfaces.

“Riders can trust that we’re doing everything we can to keep them safe and promote public health,” Foye said.

The authority also plans to launch a “#TakeTheTrain/#TakeTheBus” ad campaign to encourage New Yorkers to return to subways and buses, which saw ridership plummet during the coronavirus crisis.

Subways are currently averaging 2.1 million riders per day, the MTA said — compared to around 600,000 one year ago today.

“The subway returning to 24-hour service is a signal that we are closer than we have ever been to normal life,” said Interim Transit President Sarah Feinberg in a statement.