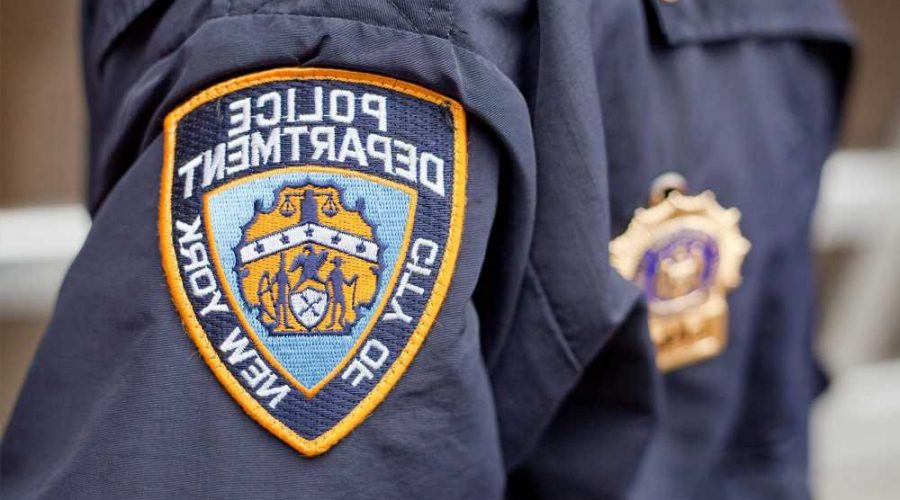 Three NYPD officers were busted Tuesday for running a tow truck bribery scheme while on duty and hawking the personal information of accident victims.

Heather Busch, 34, Robert Hassett, 36, and Robert Smith, 44, all of the 105th Precinct, were charged with five counts of using interstate facilities to commit bribery and two counts of conspiracy to violate the travel act.

Smith, who allegedly identifies with the Ku Klux Klan, is also charged with attempting to transport at least one kilo of heroin and possession of a firearm during the commission of that crime after he retired in March 2020.

“The defendants shamelessly violated their oaths of office and the public trust by trading their badges for cash payments,” said Acting US Attorney for the Eastern District of New York Mark Lesko in a statement.

Beginning in 2016, Smith and Hassett responded to car accident scenes and directed a specific tow truck and auto repair company to remove the damaged vehicles in exchange for thousands of dollars in cash payments, according to Brooklyn federal prosecutors.

The officers bypassed the NYPD’s Directed Accident Response Program, which requires police to use a computer program that randomly selects a licensed towing business to ensure no company receives favored treatment.

On the eve of Smith’s retirement, he allegedly recruited Busch to replace him in the bribery racket. Busch agreed and began working with Hassett to steer business to the tow truck company, which isn’t named in court papers.

In another scheme, Smith and Hassett allegedly hacked into NYPD databases to obtain the names and identifying information of automobile accident victims. They sold the data to the same co-conspirator in the tow truck scheme who sold the information to personal injury lawyers and physical therapists, authorities said. The pair allegedly earned $7,000 for handing over the personal information of 100 victims, according to prosecutors.

In July 2020, he allegedly picked up a bag in Brooklyn that he believed contained one kilo of heroin and delivered it to an individual in Queens in exchange for $1,200, according to Brooklyn prosecutors.

He suspected that federal authorities were probing him and was captured on audio and video recordings allegedly threatening to “shoot” a suspected snitch, prosecutors wrote in a detention memo.

Smith allegedly participated in other uncharged crimes including “robberies and shakedowns” of individuals and businesses when he was an active officer, according to the memo.

In a series of text messages, Smith allegedly bragged that he enjoyed flashing his gun at black people to “terrorize them” and allegedly identifies with the Ku Klux Klan.

“Now the real [S]mith will shine. I even shaved my head. Klan,” he allegedly wrote in a message after his retirement.

“There is zero tolerance in the NYPD for corruption of any kind,” he said in a statement.

If convicted, Smith faces up to life in prison. Hassett and Busch face to up five years in prison on each bribery and conspiracy count.

The trio are scheduled to appear in Brooklyn federal Tuesday afternoon.