But leaks, allegations of hacking and calls for the resignation of the head of the country's Treasury Department have threatened to overshadow what's been touted as a landmark. 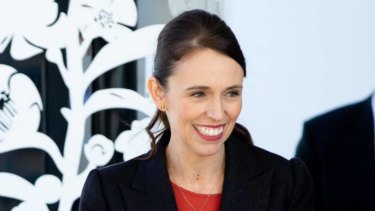 On Thursday the Ardern government handed down its "Wellbeing Budget" – its promise has drawn attention from the likes of the Organisation for Economic Cooperation and Development (OECD).

The plan targeted key welfare areas which the government says need improving based on international standards, and which it expects to regularly track in the future.

In practical terms, a record $NZ1.9 billion ($1.79 billion) of new spending over four years has been put towards mental heath programs and suicide reduction, and $NZ1.1 billion towards child welfare initiatives.

About $NZ5.5 million has also been set aside for mental health support for Christchurch after the March 15 mosque shootings in the city. 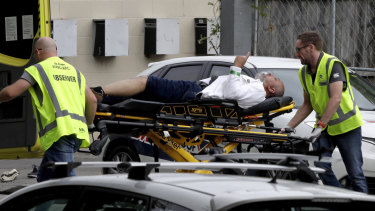 Ambulance staff take an injured man from a mosque in central Christchurch, New Zealand, after the mosque terror attacks on March 15.Credit:AP

Another $NZ50 million is going towards boosting intelligence agencies, which have come under fire since the attack, and $NZ150 million has provisionally been allocated for gun buybacks.

Despite the wellbeing focus, ministers have still found $NZ1 billion for investment in rail in a surprise announcement (under the banner of transforming the economy).

The Defence Force has been promised nearly $NZ470 million in new operational spending over four years, on top of $NZ1.7 billion earlier announced for new planes.

While expectations for the economy have slowed over the past year, the national books are predicted to stay in the black to the end of the forecast period.

But economists have warned of headwinds and GDP growth for year to June dipped to 2.4 per cent.

It is forecast to lift to 3 per cent in 2019-20 based on increased government spending.

On the question of a police investigation into a budget leak or hack, triggered by the opposition centre-right National Party releasing details of the budget on Tuesday, Treasury delivered a mea culpa.

But just hours from the launch of the budget, it announced an error on the Treasury website allowed highly sensitive government budget information to be accessed by the public ahead of time.

It had said its website had been "attacked" 2000 times and that it believed it had been "deliberately and systematically hacked" earlier in the week.

But on Thursday the department revealed a problem with a test website had meant some details from the budget could be searched on its main website using the correct phrases.

Hours ahead of its launch, opposition leader Simon Bridges held a press conference calling for the resignation of Finance Minister Grant Robertson and Treasury head Gabriel Makhlouf for what he said had been deception and smears.

Robertson refused to answer questions about the saga at the budget announcement on Thursday.