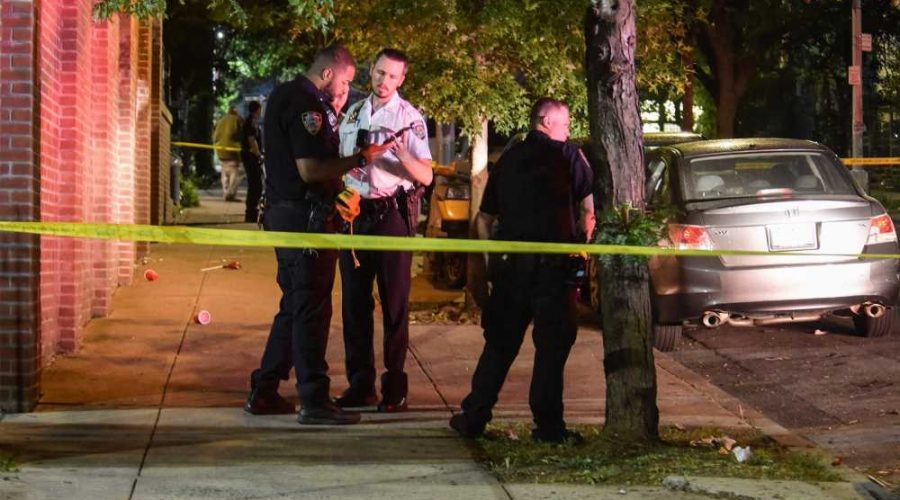 ‘Pretending to be a badass’: Florida man shoots himself while showing off gun in bar

Three people were wounded and a fourth killed in shootings across New York City early Sunday morning, according to police sources.

Anthony Rios, 38, was sitting in his friend’s car outside 589 East 164th Street in the Bronx just before 3 a.m. when an unknown male approached and started firing, sources said.

Cops recovered two shell casings at the scene. The victim was removed to Lincoln Hospital, where police sources said he succumbed to his injuries.

NYPD also responded to reports around 3:20 a.m. of a shooting at Grand Concourse and East 173rd Street to find a 27-year-old blasted once in his right thumb by an unknown individual.

Sources said the victim, who was hospitalized but expected to survive, was “highly uncooperative.” Police did not find any bullet casings at the scene.

Bullets also flew in two other incidents in Brooklyn — one just after midnight at Madison Street and Malcolm X Boulevard in Bedford-Stuyvesant and another around 2:40 a.m. on Sterling Place in Crown Heights.

The victim in the earlier shooting was a 23-year-old man — who sources said told cops he was minding his own business “when he suddenly felt pain” in his torso.

Sources said the victim of the later shooting was an 18-year-old struck in the leg by an unknown gunman.

NYPD statistics show 1,005 people have been injured in shootings across the Big Apple this year, as of midnight Saturday — a 13 percent jump versus 2020.

25/07/2021 World News Comments Off on One dead, three injured in separate shootings across NYC
Lifestyle