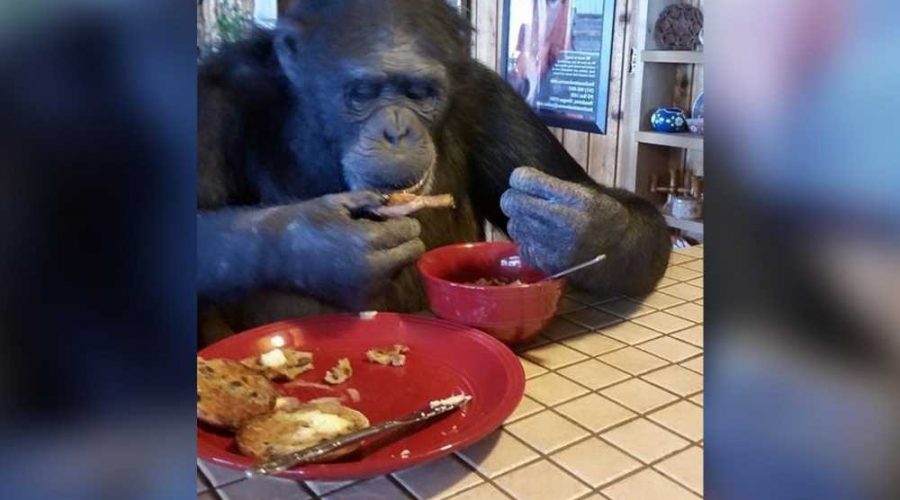 Chinese play criticized for literally throwing actors to the wolves

Dog trekked across NYC, bolted through tunnel, hid out with cats in unbelievable journey

An Oregon deputy sheriff shot and killed a pet chimpanzee after the ape got loose and mauled a woman, according to a report.

The chimp, named Buck, got out of its cage around 8 a.m. and attacked a 50-year-old woman in Pendleton, prompting the woman’s mother — who owns the animal — to call the cops, Fox News reported Tuesday.

Tamara Brogoitti, 68, told the Umatilla County Sheriff’s Office that Buck bit her daughter in the torso, arms and legs, forcing the injured woman to lock herself in a basement bedroom.

When deputies arrived, they found the chimp roaming outside the house — and got permission from Brogoitti to shoot the ape so they could get to her injured daughter.

The chimp was shot in the head and died at the scene, the network said.

Brogoitti, who used to run the Buck Brogoitti Animal Rescue ranch until 2019, had owned Buck for 17 years before Sunday’s incident, the East Oregonian reported.

Oregon outlawed owning chimpanzees in 2010, but the law allows residents who previously owned the apes to keep them — Brogoitti among them.

However, the incident irked ape and animal rights groups.

In a statement Monday, People for the Ethical Treatment of Animals said it had warned the county sheriff’s office in the past that Brogoitti had “a ticking time bomb.”

“PETA warned state authorities that Tamara Brogoitti had created a ticking time bomb by engaging in direct contact with a dangerous ape,” the group said, “and now, he is dead and a woman has been mauled because of Brogoitti’s refusal to follow experts’ advice and transfer Buck to an accredited sanctuary.”