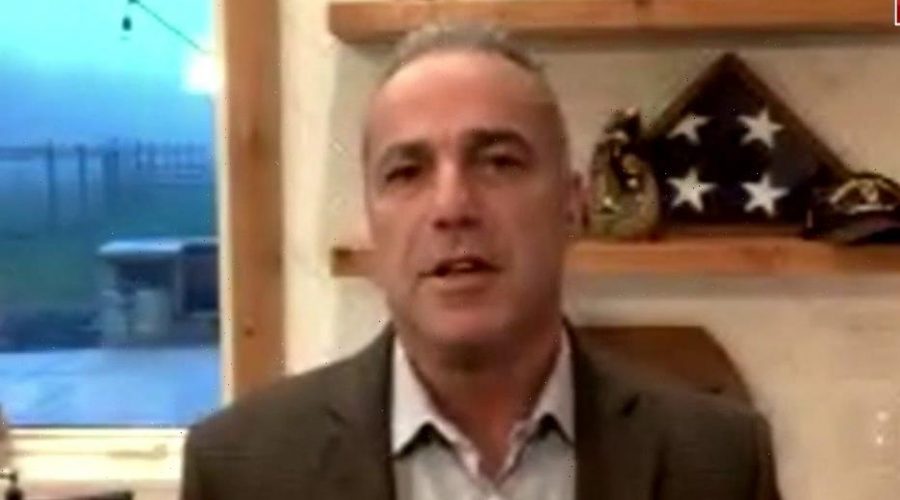 Plaintiffs Jeffrey Franz and Brandi Franz are suing the school district on behalf of their daughters, who are 12th and 9th-grade students at Oxford High School, for “making the student victims less safe” before the shooting, according to the lawsuit filed in a Michigan district court.

“We could talk about turning our schools into armed fortresses. We could talk about legislation. We’ve been talking about these things for 20 years,” Geoffrey Fieger, lead attorney at Fieger Law, said during a Thursday press conference. “…Today, at least, I am going to do something on behalf of the parents and the children that I represent and that were victimized at Oxford High School.” 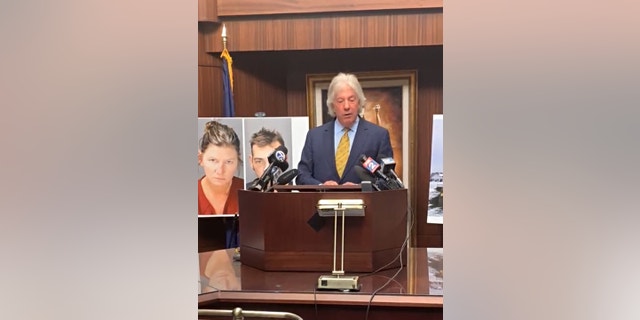 He added that he is going to hold “every one” of the defendants — including the school district, Superintendent Tim Thorne, Oxford High School Principal Steven Wolf, Dean of Students Ryan Moore, school counselors, staff members and teachers — “responsible” for their actions leading up to the tragedy.

Shooting suspect Ethan Crumbley, 15, is accused of bringing a gun to school on Nov. 30, fatally shooting four students and injuring seven others, including plaintiffs’ daughters.

Crumbley allegedly shot plaintiffs’ 17-year-old daughter, Riley, in the neck. Their 14-year-old daughter, Bella, “narrowly escaped” Crumbley’s fire, according to the complaint. Plaintiffs are suing the school district for $100 million.

Fieger said he wanted to make the lawsuit “so costly that it hurts” to the point where a school shooting “might not happen again.” 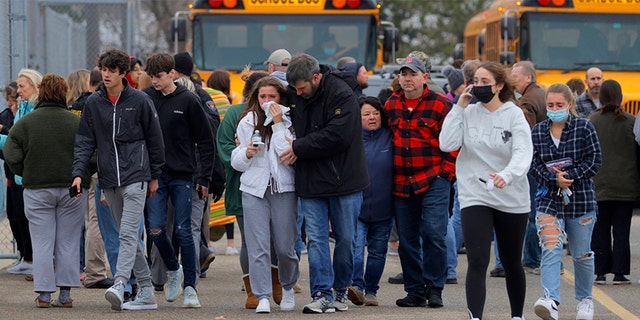 Parents walk away with their kids from the Meijer’s parking lot in Oxford where many students gathered following an active shooter situation at Oxford High School in Oxford on November 30, 2021.
(Eric Seals-USA TODAY NETWORK)

The Michigan-based attorney said the two survivors were honors students and athletes; Riley had been accepted into six colleges. The girls and their parents should have been getting ready to go on Christmas vacation this week, he said. Instead, Riley is “fighting for her life.”

Plaintiffs allege that the Oxford Community School District and its employees “encouraged the specific incident of misconduct and/or directly participated in it by not expelling, disciplining, and providing proper supervision for Ethan Crumbley, and/or notifying police authorities of Crumbley’s violent plans.”

“The Oakland County prosecutor has done her job, and she is holding the parents accountable…but that’s not enough. I, now, am going to prosecute the rest of this case,” he said.

Prior to the Nov. 30 shooting, “Ethan Crumbley posted countdowns and threats of bodily harm, including death, on his social media accounts, warning of violent tendencies and murderous ideology prior to actually coming to school with the handgun and ammunition to perpetuate the slaughter,” the lawsuit states.

Crumbley allegedly posted this statement to his Twitter account on the night before the shooting, according to the lawsuit: “Now I am become Death, the destroyer of worlds. See you tomorrow Oxford.”

On or around Nov. 16, parents apparently voiced their concerns to Wolf about Crumbley’s threats made on social media.

In a Nov. 16 email to parents, Wolf allegedly wrote, “I know I’m being redundant here, but there is absolutely no threat at the HS…large assumptions were made from a few social media posts, then the assumptions evolved into exaggerated rumors,” according to the lawsuit.

Then on the morning of the shooting, Ethan’s teacher noticed an alarming note on his desk that contained drawings of a semi-automatic handgun, a bullet and a person being shot twice with the phrases “the thoughts won’t stop, help me,” “blood everywhere,” “my life is useless” and “the world is dead” written throughout, Oakland County prosecutor Karen McDonald said last week. 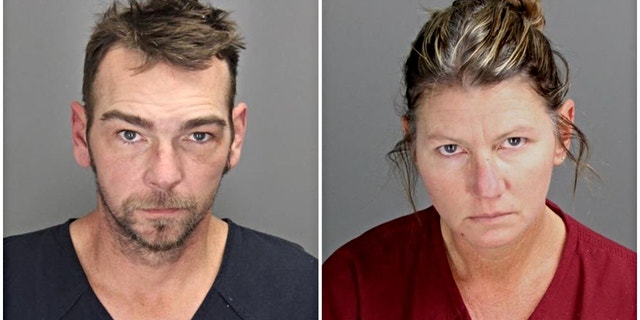 The prosecutor said Ethan and his parents were immediately summoned to a meeting, during which they were told they were required to get their son into counseling within 48 hours. At that meeting, the parents were shown Ethan’s drawing but portions of it were scratched out by Ethan beforehand, such as the drawing of the gun and bloody figure, McDonald said.

She noted that the parents resisted the idea of their son leaving school at that time and departed the building without him. He then returned to the classroom and hours later drew the weapon from his backpack and started firing, prosecutors allege.

When news of the shooting became public, Jennifer Crumbley texted her son at 1:22 p.m., “Ethan, don’t do it,” McDonald said. Fifteen minutes later, James Crumbley called 911 to report a gun missing from his house and that he believed his son might be the shooter, she added. Crumbley’s parents are facing involuntary manslaughter charges and are currently held on $500,000 bonds each.

Fieger said Thursday that school leaders could have “easily” prevented the shooting but instead allowed Crumbley to return to class on Nov. 30 after he was called into the counselor’s office.

“At Oxford High School, they’ll search your backpack if they think you’re vaping,” but they won’t suspend a student who was “seen” drawing scenes of shooting “mayhem,” the attorney said.

The school district did not immediately respond to Fox News.