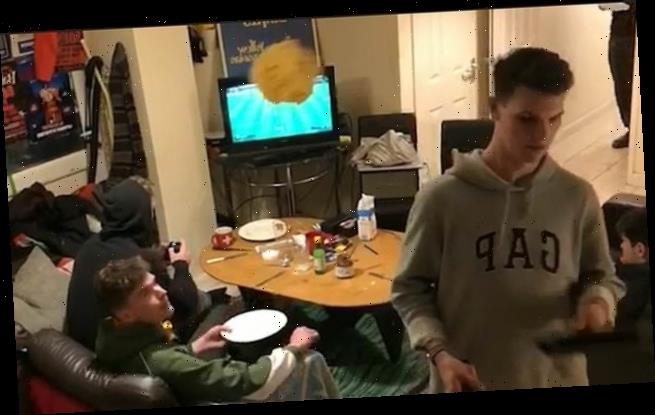 This is the amazing moment a student shows his advanced pancake-making skills by being able to toss them backwards over his head to his housemates.

Jonty Shreeve, who is a student at Oxford Brookes University, has been filmed by his friends making pancakes on Shrove Tuesday for several years.

In his first year, Mr Shreeve flipped a pancake over his head and across the room to his friend Will’s plate. 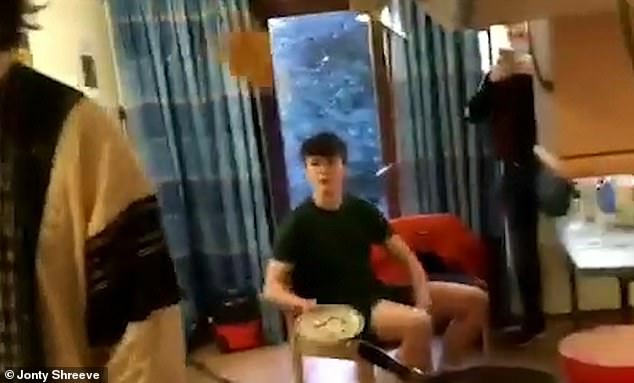 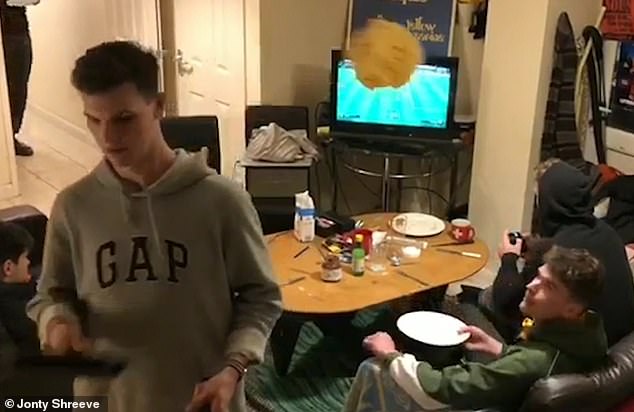 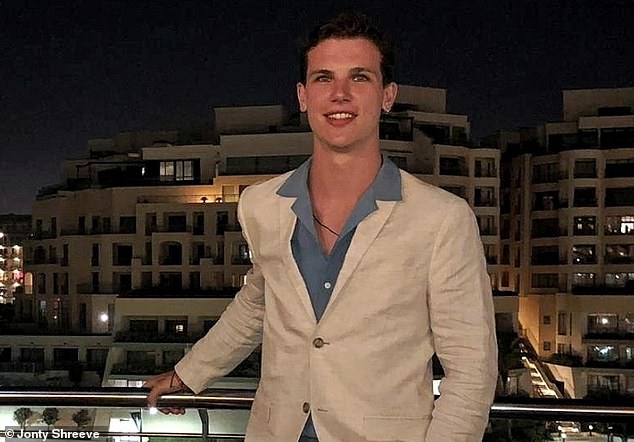 The Oxford Brookes student, pictured, enjoys cooking pancakes for himself and his family 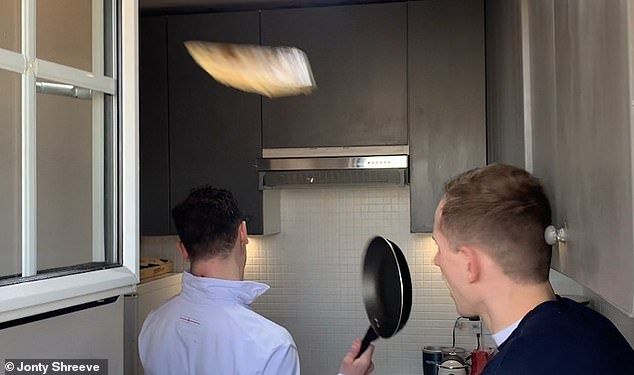 Last year, Mr Shreeve decided to go one better. At his brother’s flat in Deptford he launched his pancake through the kitchen window and over a balcony to a friend waiting with a plate in the car park below.

This year, he is back in university for the final year of his degree where he plans to top the balcony trip.

Due to his name, he said Pancake Day is always known as Shreeve Tuesday in his family. 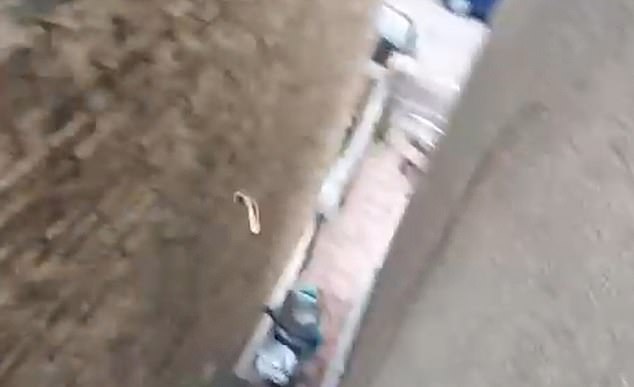 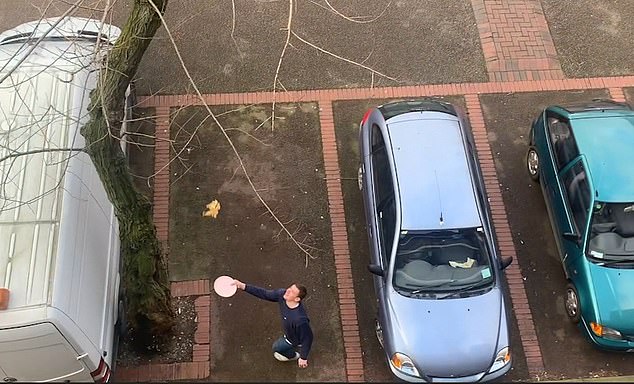