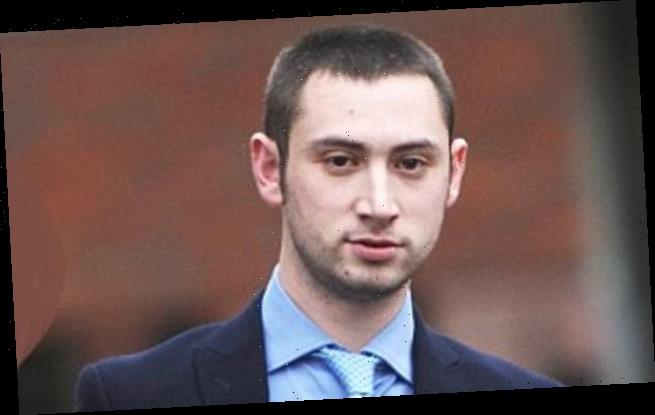 EXCLUSIVE: Paedophile British school teacher is on trial in Spain accused of child sex offences – four years after being spared jail for the same offence in the UK 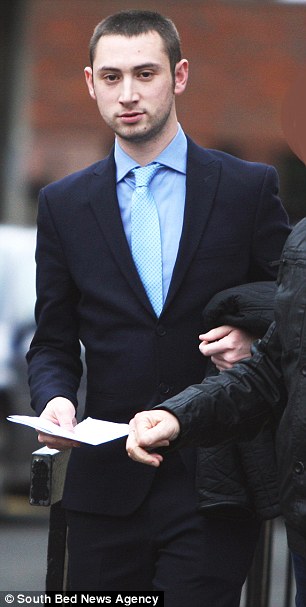 A paedophile British teacher is awaiting trial in Spain accused of making indecent videos of children at the school where he worked – four years after he was spared jail for the same offence in the UK.

Ben Lewis, 31, moved to Spain and changed his name in 2016, four months after being let off with a suspended two-year jail term for making an indecent film of a nine-year-old girl at a summer camp where he worked.

The paedophile, from Watford, Herts, used his new identity to hide his conviction and get a job at a school in Madrid.

He was arrested there on June 24 last year and has spent the past nine months on remand in the Spanish capital awaiting trial.

Lewis also worked as an au pair for a family with two young children in the northern city of Zaragoza when he first arrived in the country before getting a job at the popular English language school in Madrid.

He is also believed to have earn extra money by taking children home for busy parents.

A source close to the investigation said Lewis is accused of hiding cameras inside the girls’ changing rooms at the last school he worked at.

One former employer, who asked not to be named, told MailOnline: ‘Whatever the outcome of this case, I feel totally let down by the system. ‘It beggars belief that someone can get clearance to work with children simply by changing their name.

‘The right checks just don’t seem to be in place if this is what has happened.

‘We had no idea that he had changed his name. This is very serious.’

He was arrested after a colleague at a summer camp where he was working in Bushey, Hertfordshire, found naked photos of children as young as three on his iPhone, St Albans Crown Court heard.

Former colleague Sandra Vicente told the court she felt like her brain had been ‘polluted’ after finding pictures of naked girls on his phone.

She was given the phone’s entry code to play music at a children’s party.

Officers found a pair of child’s underwear next to Lewis’ laptop and videos he had taken by pointing his camera up the skirt of a young girl he was tutoring. 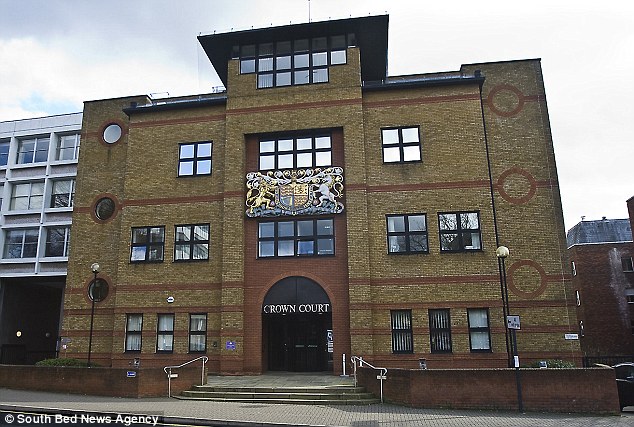 Lewis, 31, changed his name and moved to Spain in 2016 – four months after he was spared jail at St Albans Crown Court (pictured) for downloading and taking indecent images of children

The American-style summer camp he set up with a friend was closed down by Ofsted shortly after his August 2015 arrest.

The Home Office says it is unable to comment on individual cases when asked how Lewis was able to get a new British passport in the name of Ben David.

Child protection charities have lobbied for an end to the loophole allowing sex offenders to change their name in a process that takes just 15 minutes online.

A Home Office spokeswoman said: ‘The government is working with a range of partners to disrupt those who travel overseas to abuse children and bring justice to victims and survivors.

‘Registered sex offenders are legally required to inform the police if they change their name and of any foreign travel. Failure to do so is a criminal offence, punishable by a maximum of five years’ imprisonment.’