Victorian paramedics have accused the state’s triple zero emergency call service of being “asleep at the wheel” amid growing concern that too many people are facing life-threatening delays when they call for an ambulance.

With the health system under so much strain that defence personnel will be deployed to drive ambulances in Melbourne from next week, a war of words has erupted between the paramedics union and the Emergency Services Telecommunication Authority, which runs Victoria’s call-taking dispatch system. 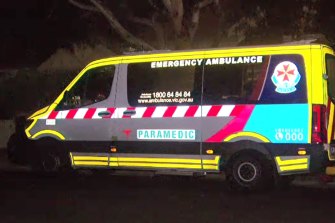 An ambulance at a Northcote house in August, where a woman is believed to have died with COVID-19.Credit:Nine News

The tensions have deepened after it was revealed that two people suffering cardiac arrest died after triple-zero calls went unanswered for five minutes in each case, and that emergency calls in other life-threatening circumstances had been left unanswered for up to 33 minutes – exceeding the required target time of five seconds.

Authorities are also investigating the case of a three-year-old girl who died from a cardiac arrest near Bendigo on Monday night after the family’s triple-zero call was placed on hold for a minute and 41 seconds.

Amid growing concern that more lives will be placed at risk, the Andrews government has appointed former police chief commissioner Graham Ashton to conduct a review of ESTA’s operations.

However, Ambulance Union state secretary Danny Hill said the emergency service should have acted months ago, as the pandemic intensified, to put in place minimum staffing levels that took into account predicted spikes in demand. 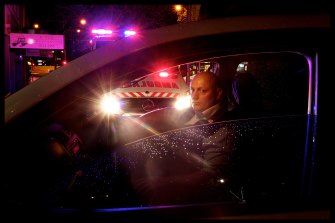 “The worst-case scenario might only happen once a year but it’s absolutely critical that ESTA is staffed to be able to handle that situation,” Mr Hill said.

“That situation has now hit us and we’re not ready for it – and people out there in the community are dying. They’ve really been asleep at the wheel.”

ESTA chief executive Marty Smyth acknowledged that the call-taking system was at times struggling to keep up, and urged Victorians to only call triple zero when they genuinely needed emergency help.

But he rejected Mr Hill’s claims that he had not done enough to prepare for the surge, saying that ambulance calls only started rising exponentially in mid-August. By the end of last month, they climbed to levels that had not been seen since Melbourne’s 2016 thunderstorm asthma event.

According to the authority, 3250 Victorians made ambulance calls on September 29, when a night-time spike caused average waits to rise above three minutes, and up to 24 calls were on hold at once. By comparison, between 1600 and 2000 calls were received a day this time last year.

“You just can’t predict when a spike like that is going to come along, and we’ve noticed in the last fortnight that those spikes can come in different times of the day and night, which we haven’t seen before,” he said.

ESTA currently has about 387 ambulance call takers, with another 43 staff to soon be added to the organisation. However, many believe this is unlikely to be enough at a time when the health system is facing unprecedented strain and Victoria is closing in on the peak of its coronavirus cases.

The state on Friday recorded the highest caseload since the pandemic began, with 1838 cases and five deaths.

Asked if more investment was needed to take the strain off hospitals and frontline staff, Treasurer Tim Pallas said on Friday: “Almost certainly I think”.

“The bottom line is you could never have resourced in a pre-pandemic environment to the level of resources that we require now,” he said.