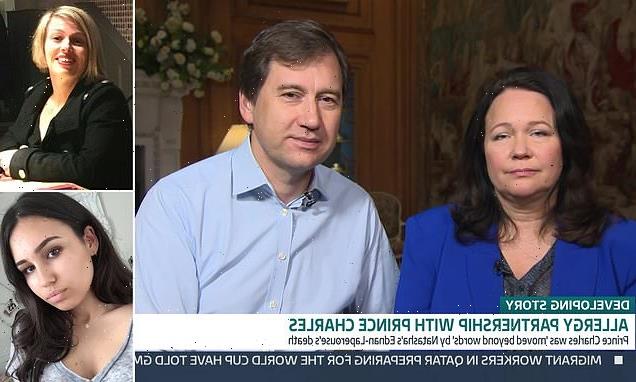 Parents of teenager, 15, who died of an allergic reaction after eating a Pret baguette say they are ‘right behind’ family of mother-of-five who suffered fatal reaction to vegan wrap from same coffee shop chain 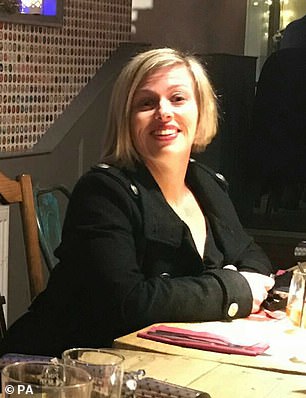 The parents of 15-year-old Natasha Ednan-Laperouse, who died after an allergic reaction to a Pret sandwich in 2016, are ‘right behind’ the family of a mother-of-five who suffered a fatal reaction to a wrap from the same coffee shop chain.

Nadim and Tanya Ednan-Laperouse, who had been at a two-day event with the Prince of Wales and global experts as they campaign to eradicate allergies, said that their ‘hearts absolutely go out to the family’.

Celia Marsh, 42, who had a severe dairy allergy, died on December 27, 2017, shortly after eating a £3.75 super-veg rainbow flatbread bought from the chain’s store in Bath, Somerset.

The mother-of-five’s inquest heard that Pret a Manger was not conducting its own checks on manufacturers supplying dairy-free products for its vegan ranges.

Speaking about Ms Marsh’s death on Good Morning Britain, Ms Ednan-Laperouse said: ‘We heard about Celia Marsh’s death, it was just over a year after Natasha’s death and we actually couldn’t believe it.

‘Again it was a sandwich that she’d eaten, brought from the same place and it resulted in anaphylaxis and death.

‘Our hearts absolutely go out to the family. We are very aware that this week has been the first week of their inquest and we’re supporting the family and we are right behind them.’ 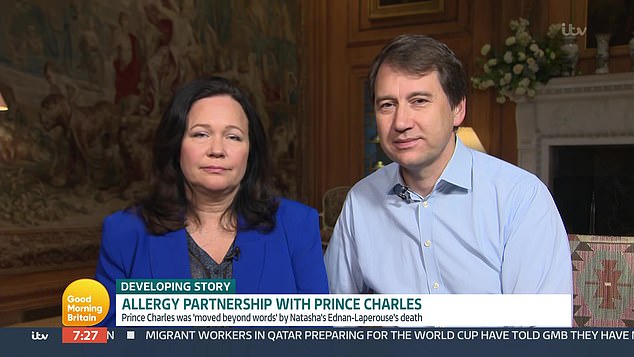 Nadim and Tanya Ednan-Laperouse (pictured), whose daughter died after an allergic reaction to a Pret sandwich in 2016, say there are ‘right behind’ the family of a mother-of-five who suffered a fatal reaction to a wrap from the same coffee shop chain

Despite their shock at Ms Marsh’s death just a year on from their daughter’s, Natasha’s parents were left ‘inspired’ and ‘excited’ after spending two days in Scotland at a global symposium this week.

Prince Charles 73, pledged to help the Natasha Allergy Research Foundation’s campaign on Wednesday. Speaking at the event, he said: ‘I just pray it will bring more hope to poor parents like yourselves.’

The foundation was established by the Natasha’s parents after she died from anaphylaxis – the most severe form of an allergic reaction – in July 2016 after eating a Pret sandwich before boarding a flight at Heathrow airport.

Natasha had eaten an artichoke, olive and tapenade baguette which had sesame seeds baked into the dough, to which she was severely allergic, however the label did not mention this ingredient. 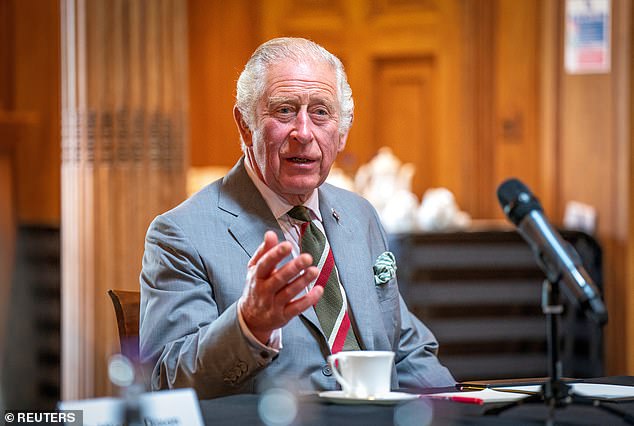 The Prince of Wales announced the partnership with his foundation, which champions sustainable living, at the Global Allergy Symposium at Dumfries House in Cumnock on Wednesday (pictured)

A coroner concluded that Natasha would not have eaten the baguette if the sesame seeds had been included on the label.

Ms Ednan-Laperouse, reflecting on the event, said: ‘We’ve been here for two days, and we’ve had the most exciting, most honestly inspiring time. I can’t tell you how exciting it was to listen to these people who all share the same mission as us and the collaborative nature of these people.

‘And this isn’t just a one-off meeting… A lot will come from this and it was really inspired by his Royal Highness.’

She revealed that Charles had been very keen to host the event at Dumfries – part of the Prince’s Foundation – but she had feared it would not happen when the pandemic hit. But she valued the importance of having the Prince involved.

‘It’s hugely significant,’ she said. ‘We heard that he was very interested in our work over two years ago, nearly three years ago in fact and we started having conversations really excited to get the top scientists in allergy together.

‘We know that science is the key, that just seems like such a great idea.’ 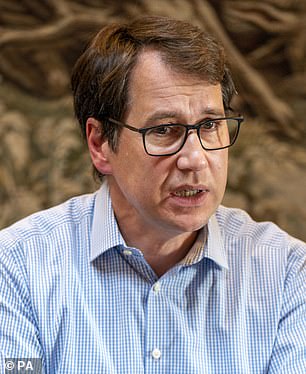 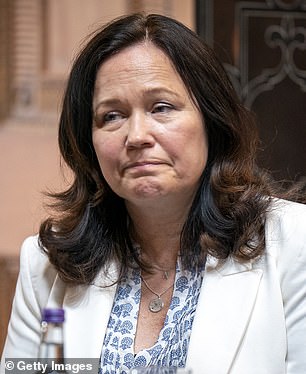 Mr Ednan-Laperouse echoed his wife’s words about the success of the symposium and the importance of eradicating allergies because there are one in three sufferers in the UK.

‘For families just like our family when Natasha was alive, it was always very difficult to manage our lives around food especially when you’re out and about,’ he said. 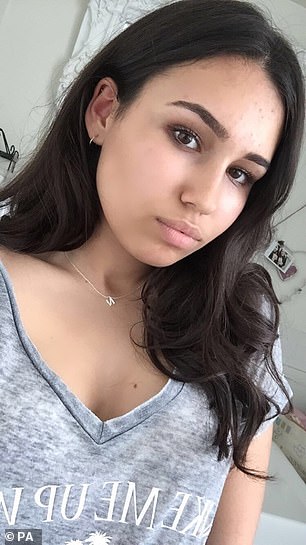 Natasha Ednan-Laperouse (pictured) died in July 2016, aged 15, after eating a Pret a Manger artichoke, olive and tapenade baguette before boarding a flight at Heathrow airport

‘They have to interact with society and move around just like all of us do. But living with food allergies is particularly difficult because food plays such a central part to all of our lives.’

After their daughter’s death, Mr and Mrs Ednan-Laperouse successfully campaigned to have Natasha’s Law introduced in October 2021 – which ensures allergy advice is given on all food.

But they are not stopping there as they campaign further to ensure deaths related to allergies such as their daughters and Celia Marsh’s do not continue to happen.

Mr Ednan-Laperouse labelled the two days of meetings as ‘revolutionary’.

‘What’s come out the last two days is utterly fascinating because the opportunity to bring some of the leading scientists in the world into one place to have very frank and open discussions about what can be done going forward has been revolutionary, I mean nothing short of that,’ he said.

He revealed that some of the discussions had involved looking at different studies around the world and why different populations have certain allergies, and why others simply do not.

Natasha’s mother is hopeful that in the next two decades, a ‘magic pill’ could be pivotal in wiping out allergies.

‘That magic pill, we don’t know quite how it would be administered, but certainly we would say within the next 20 years we’re looking at,’ she said.

‘That’s the mission to have the end of allergic disease.’

The two-day conference, organised by Natasha’s Foundation, saw 16 world-leading allergy experts from the UK, US, Finland, Germany, Hong Kong and Denmark discuss environmental factors such as biodiversity loss and climate change that are known to be major risk factors for emerging allergies.

A spokesperson for Pret said: ‘Our deepest sympathies remain with the Marsh family over their terrible loss and we are doing everything we can to support this inquest.

‘Following Celia Marsh’s death in 2017, charges were brought against Pret. The prosecution ended due to the lack of evidence and as a result, Pret was found Not Guilty.

‘Over the past few years, Pret has established an industry-leading approach to helping customers with allergies, through the Pret Allergy Plan.

‘We will continue to do everything we can to make sure that every customer has the information they need to make the right choice for them.’