Michael Parkinson, 84, breaks down in tears as he recalls watching his coal miner father die from lung disease 44 years ago

Veteran broadcaster Sir Michael Parkinson was left fighting back tears as he opened up about the ‘nightmare’ of his father’s death 44 years ago.

The former journalist, who became a national icon during his role as presenter of the BBC show Parkinson, revealed how he watched his father Jack Parkinson ‘withering away’ during his battle with the lung disease pneumoconiosis.

During an interview on Piers Morgan’s Life Stories, Sir Michael, 84, went on to describe the devastating moment his father’s body was taken away in a plastic bag following his death in 1975. 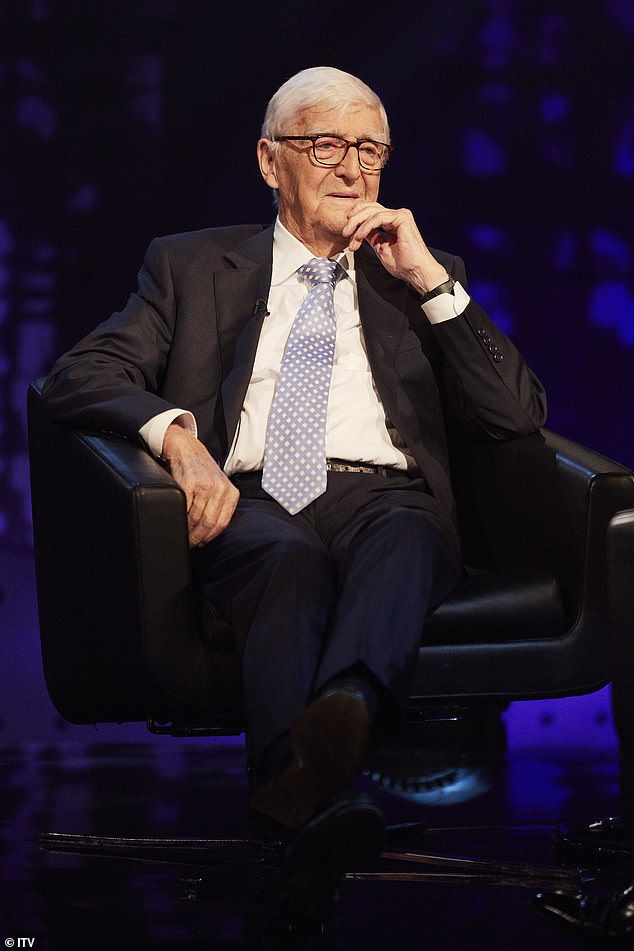 Sir Michael Parkinson, 84, was left fighting back tears as he opened up about losing his father Jack Parkinson to the lung disease pneumoconiosis 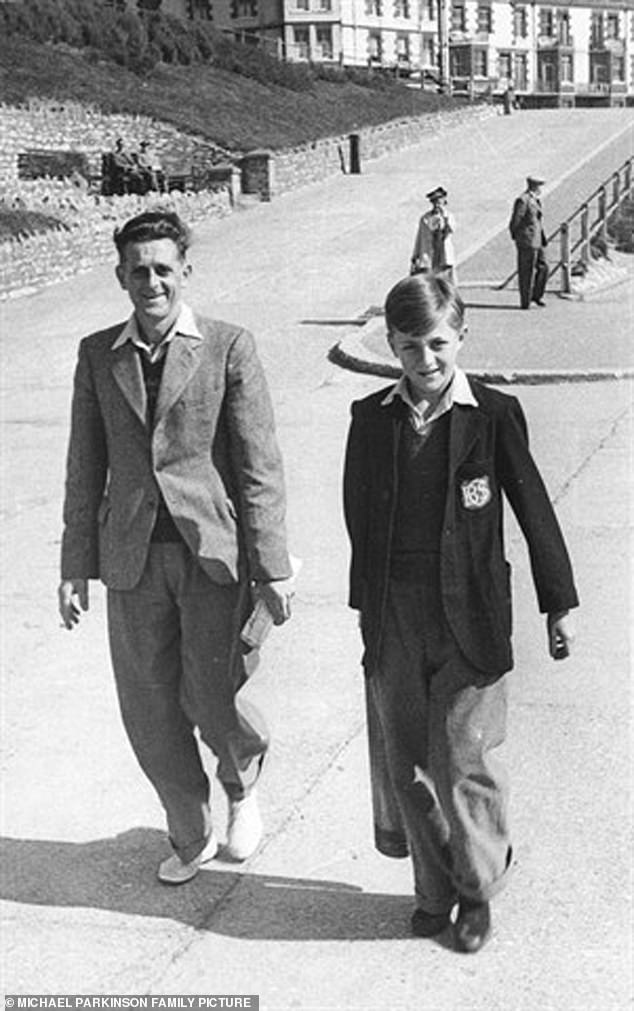 During the candid interview, the former presenter shared how he and his mother Freda brought his father home to die after he was diagnosed with the disease which he developed after inhaling coal dust.

He told Piers Morgan: ‘I’d never seen anybody I loved die and I saw my dad die.

He added: ‘You could see him withering away. For a man as vigorous as he was, it was like watching leaves fall from a tree.

‘The thing that kind of nags at me like a nightmare is that two guys came to take the body away.

‘I see the image very clearly and I thought he’s got to be worth a lot more than that… carrying him out in a little plastic bag.

‘He knew how much I loved him. I never found it difficult to say that to him – nor he to me.’

Pneumoconiosis is typically caused by long-term inhalation and retention of dusts in the lungs and symptoms can include coughing with or without mucus and chest tightness.

During the interview, Sir Michael, who was born in Barnsley, South Yorkshire, also went on to describe the lasting impact his father had left on him.

Host Piers Morgan later told The Mirror: ‘I wasn’t expecting him to be so raw. He’s a tough Northern gritty guy.’ 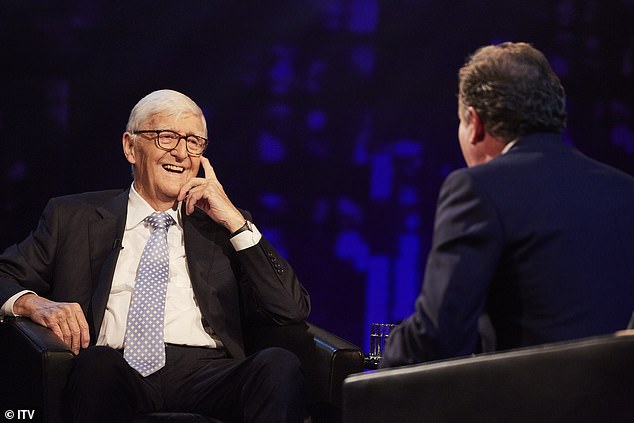 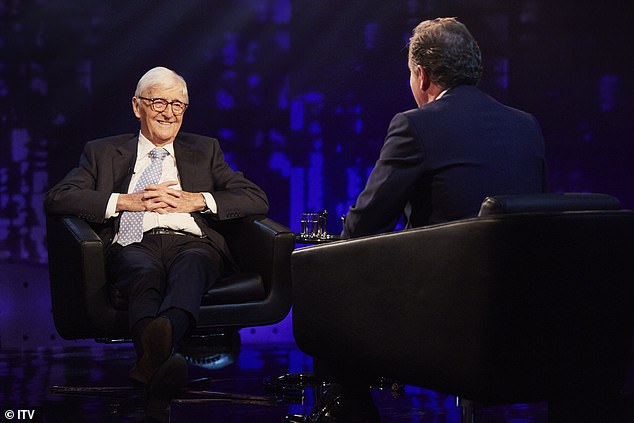 During the honest interview, set to air tonight, the British icon was also asked about comments he had made last year about comedian Sir Billy Connolly in which he said his ‘wonderful brain had dulled’ following his Parkinson’s diagnosis.

Questioning Sir Michael about the comments Piers Morgan asked: ‘There’s been a lot of stuff in the press about you two, you commented after seeing him that he just wasn’t himself anymore, that he’s been very ill.

Sir Michael replied: ‘The observation I was making was that he slowed down a bit was not a diagnosis it was an observation from a friend to another friend.

‘It was an awards thing I did with him and he was on heavy medication and he stopped me and he put his hands on my shoulder and he said to me ”how long have we known each other” and I thought maybe wrongly he didn’t really know who I was.’ 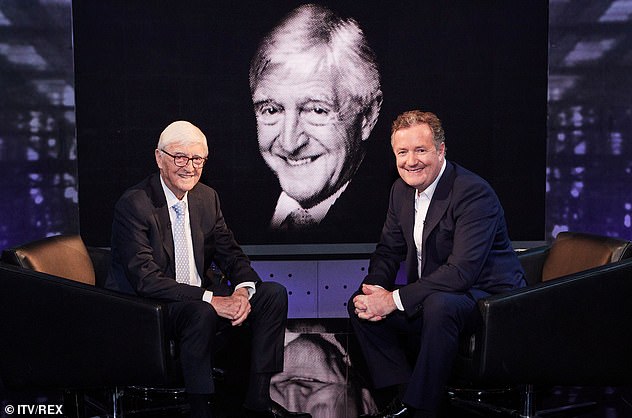 The candid interview, which will air on ITV on June 1, will also see the former presenter address comments made last year about comedian Sir Billy Connolly

‘I wrote him a letter and sat down and said there is no way in this world I would hurt you, no way I would deliberately demean you and I tried to explain and I got a lovely reply from him saying lets go back to how they were old friends.’

The interview comes as Sir Michael sets off to Australia for the final time in 2019 during his farewell tour ‘An Evening With Sir Michael Parkinson’ that will take a retrospective look at his rise to fame.

Piers Morgan’s Life Stories will air on ITV on Saturday June 1 at 10pm. 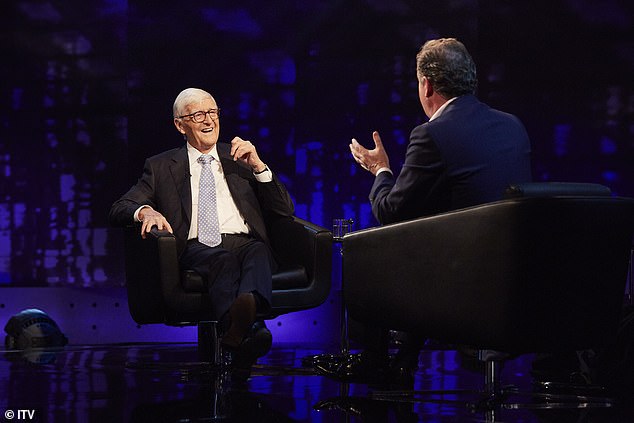