The father of PC Andrew Harper has backed a campaign for killers of emergency workers to get life imprisonment as the sentences of those jailed for his son’s death were sent to judges to decide if they were too lenient.

Phil Harper, 55, said a new law is needed to impose tougher sentences on criminals who target the people who are ‘the backbone of this country’.

He said he is proud of his son’s widow Lissie Harper, 29, for launching the campaign.

The couple had been married for just a month when PC Harper was killed on August 15 last year.

More than 350,000 people have signed an online petition calling for Harper’s Law, which would see anyone convicted of killing an emergency services worker given a life sentence. 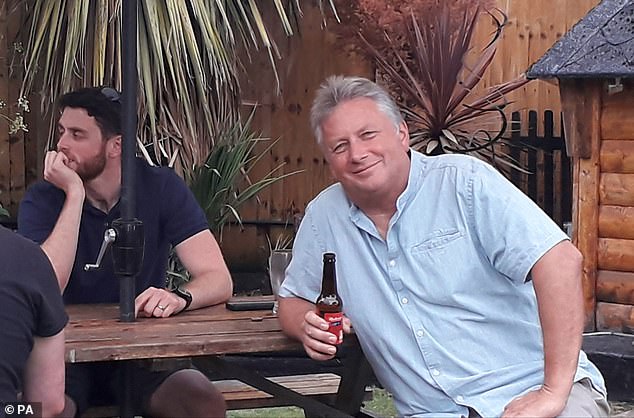 Phil Harper, 55, (pictured with son Andrew in the background) said a new law is needed to impose tougher sentences on criminals who target the people who are ‘the backbone of this country’

Mr Harper said: ‘When Lissie announced the campaign for Harper’s Law we decided that it could be achievable with the right support.

‘We are so proud of Lissie for having the courage to take on this incredible task, and fully back her all the way.’

Mrs Harper said: ‘Andrew loved his family and so for Harper’s Law to have the backing of Phil and the family is incredibly important to me.’

Two of PC Harper’s killers – 18-year-olds Albert Bowers and Jessie Cole – this week lodged applications with the Court of Appeal seeking permission to challenge their convictions and their 13-year jail sentences, in a move described by the officer’s mother Debbie Adlam as a ‘kick in the stomach’.

They were jailed alongside Henry Long, 19, who was handed a 16-year sentence, for killing PC Harper as they fled the scene of a quad bike theft in Berkshire.

All three were acquitted of murder but sentenced for the lesser charge of manslaughter after the Thames Valley Police traffic officer got caught in a crane strap attached to the back of a car driven by Long, and was dragged to his death along dark country lanes.

Mr Harper praised his wife Karen for supporting him through the tragedy.

‘From when she came into my life – and from when Andrew was just four years old – the love and support she has shown in bringing up my children, feeding and clothing them and taking them to school has been incredible,’ he said.

‘And that love and support has been as evident as ever in the past year.

‘I’m also so proud of Sean and Aimee – Andrew’s brother and sister – for being so dignified throughout the last year, as it has been so incredibly tough for them too. 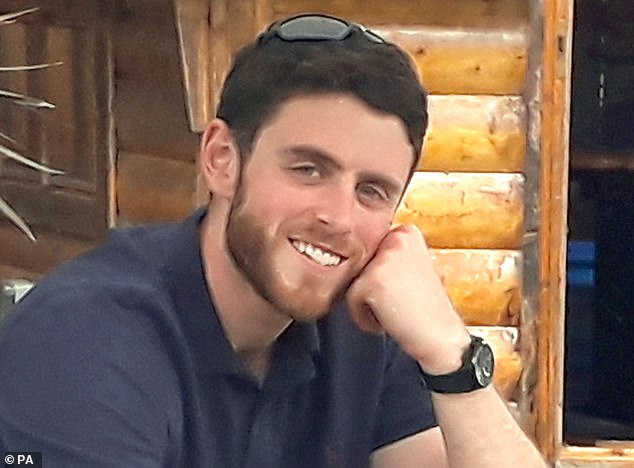 ‘Both Sean and Aimee have lost more than just a brother – he was a best friend as well, who would always take the time to give the best advice he could.

‘My heart was so broken for them when they heard the terrible news.’

It comes after the prison sentences were referred to the Court of Appeal by Attorney General Suella Braverman on Friday for judges to decide whether they were too lenient.

Mr Harper continued: ‘There is a need for Harper’s Law. 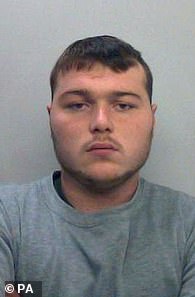 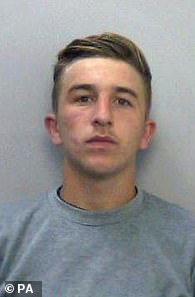 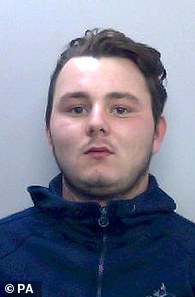 Henry Long (left), the driver of the car who had previously admitted manslaughter, was jailed for 16 years and Jessie Cole (centre) and Albert Bowers (right) were given 13 years each 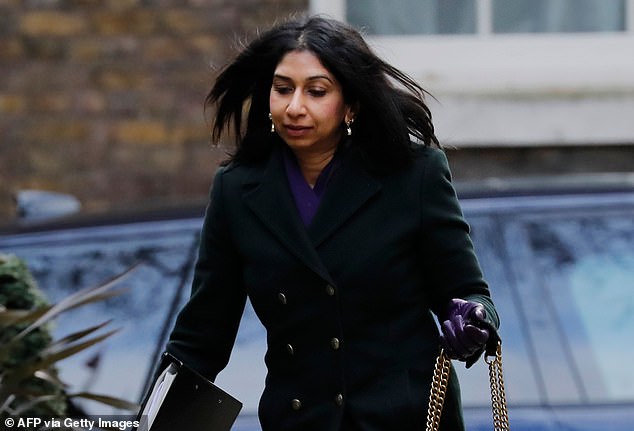 ‘Our family have always held the view that in our society there are people that are the backbone of this country, people who look after us and pick us up when we fall, people that give us the opportunity to live freely and be able to express ourselves and our views.

‘These people are there to protect us and we must do all we can to support, appreciate and respect them – from doctors, nurses, paramedics, to firefighters, prison officers and of course police officers, many of whom have been attacked, injured or killed in the past.

‘We hope the public will back and support Lissie’s campaign in memory of Andrew. We need Harper’s Law.’

The campaign has been backed by the Police Federation of England and Wales, which represents more than 120,000 rank-and-file officers and the petition is at https://www.change.org/HarpersLaw.

What has happened since PC Andrew Harper’s killers were found guilty of manslaughter last month?