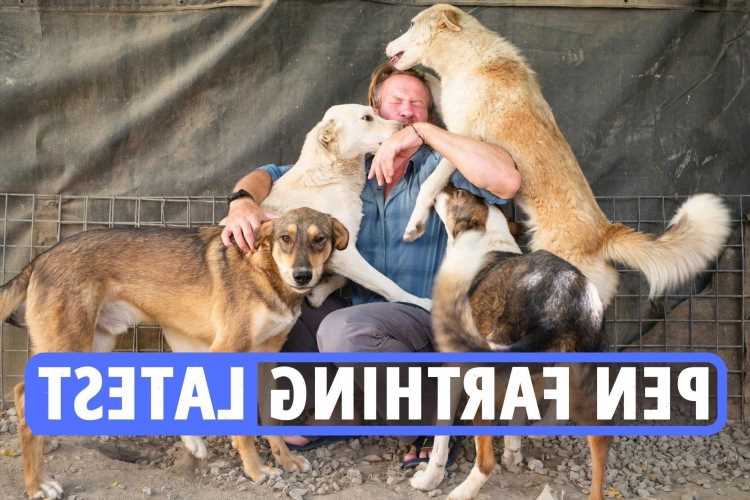 PEN Farthing's rescued dogs are adjusting to life in quarantine after jetting into Heathrow from Afghanistan this weekend.

The ex-Royal Marine yesterday said almost all of his 173 cats and dogs are lined up for loving new homes as he praised the "phenomenal" efforts of troops in getting his animals to Britain.

After landing, he took to Twitter to express his thanks for being evacuated out of Afghanistan.

But in an interview with the Mail he revealed one of his dogs was killed on the road to Kabul Airport after being stabbed at a Taliban checkpoint, and said a pal told him the extremists had shot another dog named Brutas.

Read our Kabul explosion live blog for the latest updates…