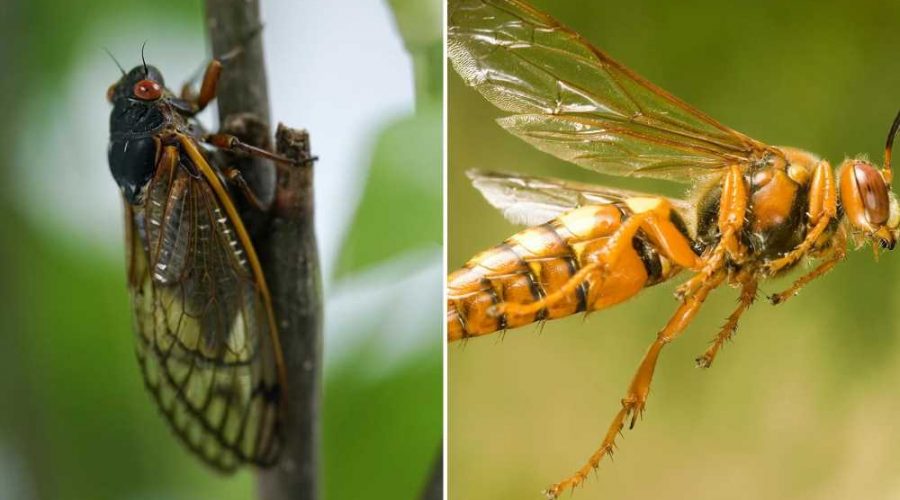 Murder hornets could resurface in US this spring

They got the wrong guy.

Scores of East Coast residents have been mistaking helpful insects that kill noisy cicadas for vicious murder hornets, according to officials.

The Washington State Department of Agriculture — which tracks so-called murder hornets — has been flooded by messages from people confusing the brutal buzzers with a harmless kind of wasp called the eastern cicada killer in recent weeks, WSDA spokesperson Karla Salp told The Post Thursday.

“I couldn’t even begin to guess how many we’ve gotten,” Salp said. “Tons of them.”

But unlike murder hornets — which have reportedly killed at least 50 people in Japan — cicada killers are the “gentle giants” of the wasp world and rarely sting humans, according to experts. Females only attack when they feel threatened and the males don’t even have stingers.

The helpful look-a-likes have also been keeping down the population of obnoxiously loud Brood X cicadas —  which emerged by the trillions in the eastern US last month after hibernating for 17 years.

“They’re not harmful to humans,” Salp said, adding they’ve simply been more visible in recent weeks due to the glut of cicadas. “Now is a good time for them.”

A real murder hornet was found dead just north of Seattle on Wednesday — the first in North America this year.

The next day, a Massachusetts woman told The Post she’d found “pretty freaky” murder hornet, which appeared to be about 1.5 inches long, near South Weymouth that turned out to be a harmless cicada killer.

Murder hornets, which are officially known as Asian giant hornets, tend to be slightly larger with less yellow markings than cicada killers, which eat flower nectar and a range of insects.

By contrast, murder hornets can grow to be 2 inches long and are a threat to honey bees — which they can decapitate in seconds.

While a sting isn’t usually fatal to humans, the host of an extreme nature show once described being stung as “Searing pain! Absolute searing pain!”

In the US, brutal buzzers have so far only been found in a small swath of Washington State.