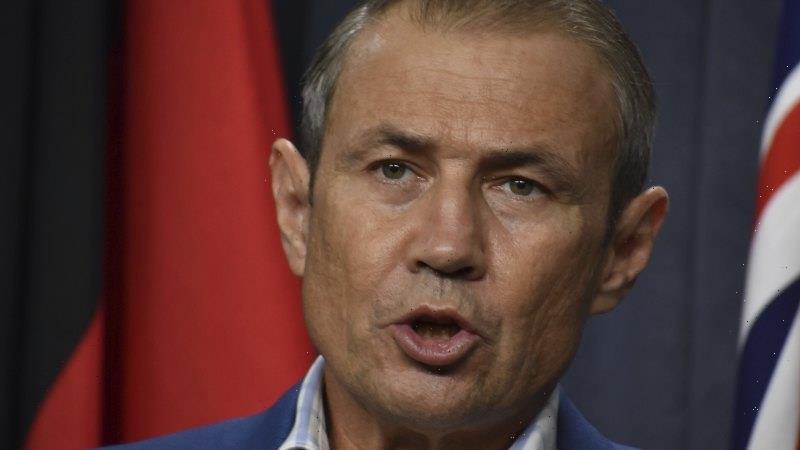 The Perth and Peel regions will go back to phase one restrictions over fears a new COVID-19 community case is the quick to spread Delta variant.

West Australians will need to wear a mask indoors and outdoors when they cannot physically distance as the two square metre rule comes back into place and venues are limited to a maximum of 150 patrons. 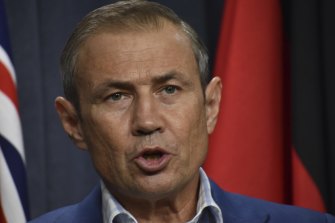 Health Minister Roger Cook has said Perth and Peel will go back into restrictions.Credit:Hamish Hastie

Hospitality, entertainment venues including casino, retail, beauty and hairdressers; recreation centres including gyms, pilates, yoga, dance and swimming pools and places of worship can remain open but must comply with the new rules.

Community sport will be allowed and weddings and funerals can go ahead with a limit of 150 people but no crowd will be allowed at the West Coast Eagles game at Optus Stadium later on Sunday.

There will be a 30-person limit for all homes and private gatherings.

The snap reaction from the WA Government has been prompted by a woman in her 50s returning a positive COVID-19 test on Saturday night.

The woman had recently been in Sydney and had brunch at the Lyfe Cafe in Bondi on June 19.

She went and got tested at Joondalup Health Campus on Saturday after the cafe was listed as an exposure site in New South Wales.

The woman developed symptoms of the virus on Thursday but did not go to work or leave her home on Friday.

Health authorities are assuming she was infectious from June 22 to 24, a time in which she visited the Ocean Keys shopping centre in Mindarie, the Indian Ocean Brewery, a gym, and a school.

She also works as a physiotherapist and saw clients on Tuesday, Wednesday, and Thursday.

No positive tests have come back for 252 West Australian workers who have returned from the Newmont Corporation’s Granite gold mine in the Northern Territory, where a man has tested COVID-positive.

WA one of the most susceptible states to an outbreak

WA removed its remaining COVID-19 capacity restrictions at hospitality venues and for festivals on Wednesday based on the strength of its contact tracing abilities in an outbreak, according to Chief Health Officer Andy Robertson.

The state became the second jurisdiction after the Northern Territory to get rid of all its capacity limit and spacing rules by going to what is known as Phase 5 restrictions.

Dr Robertson gave a warning in his health advice to the Premier on June 18 that going to Phase 5 came with risks, especially with the emergence of new variants of the disease.

“Modelling shows that WA in Phase 4C, even after the previous lockdowns and subsequent restrictions, remains one of the most susceptible of all the larger jurisdictions to a major outbreak, due to the increased numbers of people moving around in our society and the mixing between non-family groups,” he wrote.

“This susceptibility has continued to increase in recent modelling.

“Phase 5, which would remove the final restrictions on physical distancing and would significantly increase the numbers and mixing at high risk venues, including at bars, nightclubs, music venues and events, is anticipated to raise that susceptibility further.”