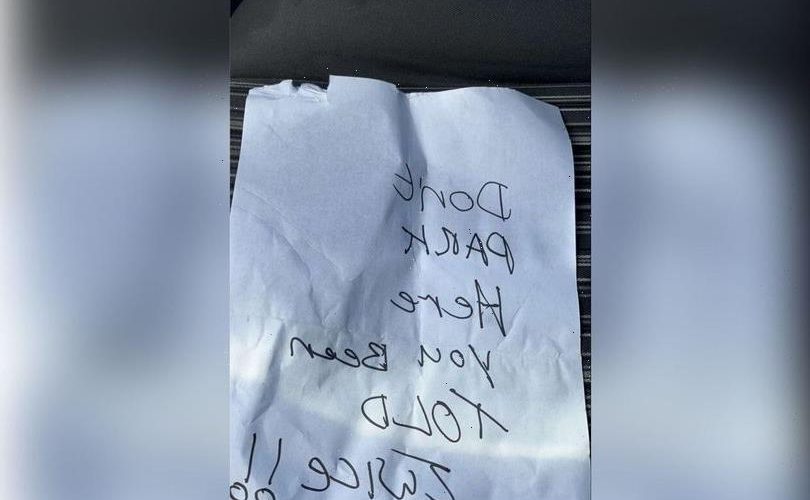 A FRUSTRATED villager is becoming known as the 'phantom pen warrior' after leaving a second angry note on a parked car.

A driver from Rochdale, Greater Manchester, spotted the slightly crumpled note, and in a mix of lower and upper case letters, warns: "Don't park here you been told twice!!". 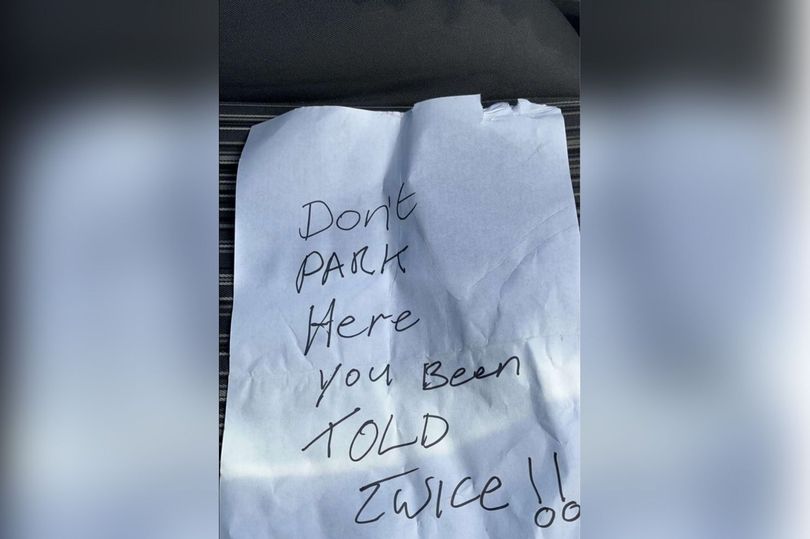 A picture of the note was posted to a local Facebook group for Whitworth, Rossendale, with the caption: "The phantom pen warrior strikes again."

It's just one month after a similar note was shared on the group, which simply read "don't park here!".

The note was left on an unsuspecting vehicle that was parked outside of a home on a residential street in Whitworth, Lancashire.

Unless there is a dropped kerb or other parking restrictions, there is no rule to stop drivers from parking outside someone else's house.

The car that received the note reportedly not violating any parking rules.

The driver asked to remain anonymous when speaking to Manchester Evening News, and said the owner of the note is gaining a reputation.

He received dozens of comments from people supporting the person who wrote the note.

One person wrote: "You pay your road tax you can park where the hell you want as long as there are no yellow lines.

"What a bl**dy plonker whoever it is.

"You keeping parking there if it is safer in these dark mornings."

Another said: "You buy a house not the street, if you want private parking you have to buy it simple as."

A third wrote: "How rude are some people."