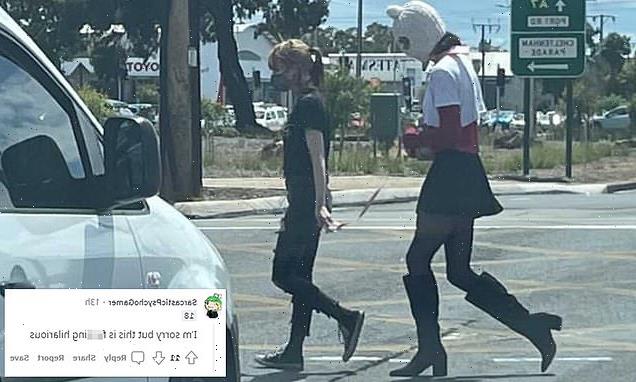 A photo of a masked woman leading a fellow pedestrian across a busy intersection on a leash has gone viral online.

A stunned motorist captured the bizarre moment while stopped at the lights in West Lakes in Adelaide’s north-west.

The photo shows the pedestrian wearing a full face covering being led by a woman donning a face mask as they crossed the street, much to the surprise and amusement of motorists and passers-by. 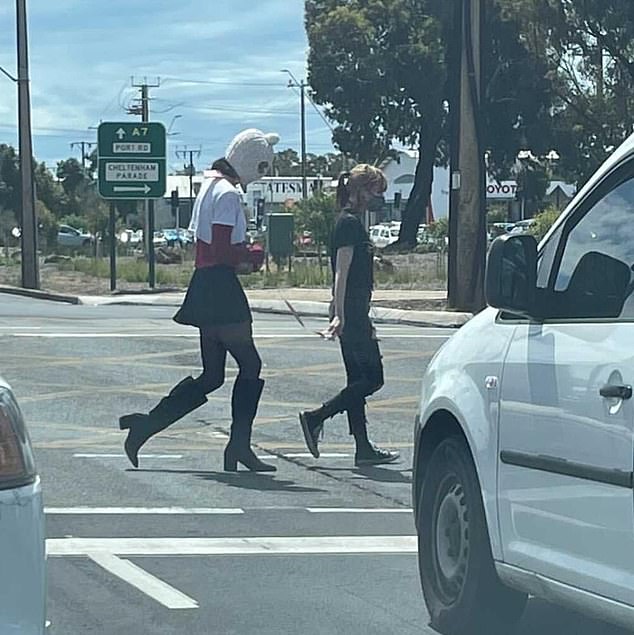 The photo has attracted more than 1,100 online comments since being shared to Reddit.

‘Spotted in South Australia… what in the actual f***,’ it was captioned.

The photo sparked a divided reaction online ranging from cringeworthy to amusement.

‘Imagine driving somewhere with your mum or dad and you are stopped at an intersection and you both see this… cringe as,’ one wrote.

Another added: ‘Which suburb? I want to never go there ever again.’

Some comments were as bizarre as the pair were mocked over their outfits and to keep their fetishes to the bedrooms.

Many didn’t understand what the big deal was while some saw the funny side and thanked the Reddit user for making their day. 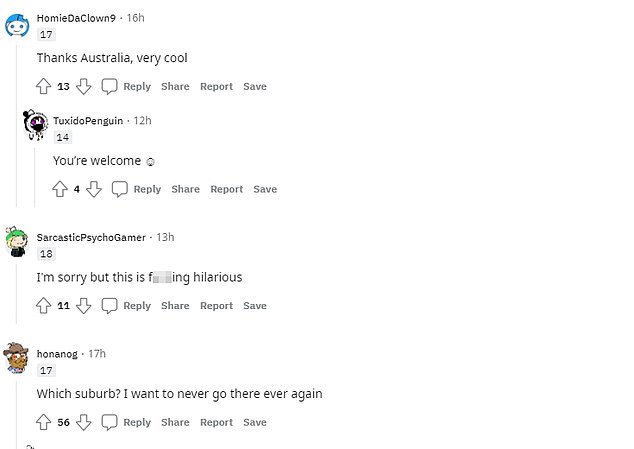 Several jumped to the pair’s defence.

‘They are not hurting anyone. Leave them alone,’ one wrote.

Another added: ‘Honestly it’s weird yeah, but they are neither naked, nor causing trouble.’

The wearing of masks outdoors in South Australia isn’t mandatory but are required in health care services, indoor public settings and on public transport.

The photo has attracted more than 1,100 online comments since being shared to Reddit.