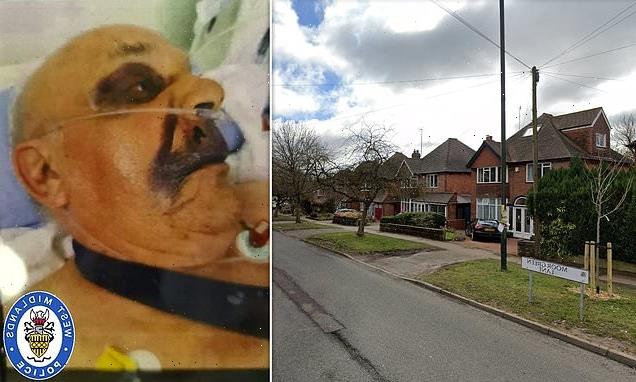 Horrifying picture shows the injuries inflicted on pensioner, 77, who suffered a brain bleed and broken ribs when he was ‘battered by thieves’ who made off with his Audi car keys

A pensioner was dragged from his bed and viciously beaten by thugs in a night-time raid on his home.

Two masked men targeted the 77-year-old’s property in the Moseley area of Birmingham at around 1am on Thursday.

He was asleep in his bed when the pair broke in before they woke him up and started demanding valuables.

The thugs then senselessly beat him and dragged him onto the floor before making off with the keys to his Audi. 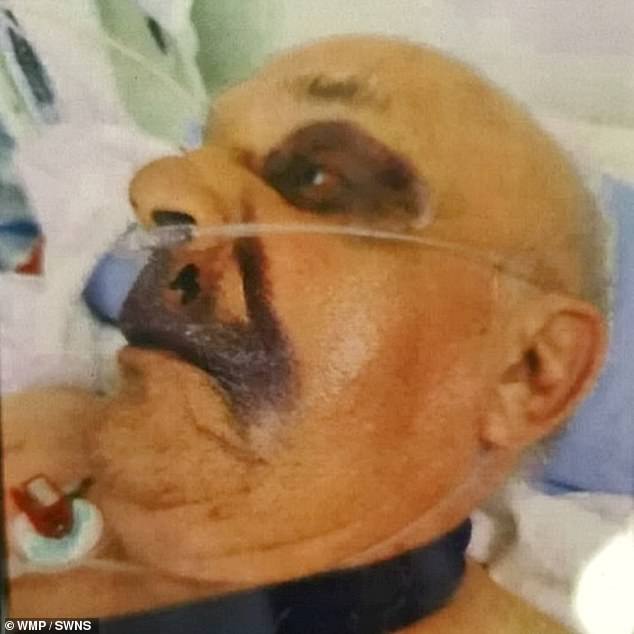 The victim, who has not been named, was rushed to hospital where he remains in a serious condition.

The pensioner suffered a brain bleed, broken ribs, a dislocated shoulder and a black eye when he was repeatedly punched by the two thugs.

Police have since released a shocking photo of the man’s face covered in severe bruising from the terrifying ordeal.

Despite taking the keys, the crooks fled empty handed following the raid which happened between 1.20am and 1.45am on Thursday.

A West Midlands Police spokesperson said: ‘Our investigations are in the early stages, but so far there is no CCTV covering the location. 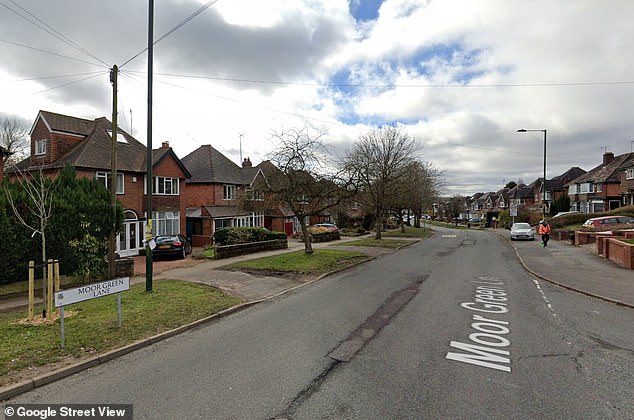 West Midlands Police are appealing for information on the raid between 1.20am and 1.45am on Thursday on Moor Green Lane in Moseley, Birmingham

‘However we are asking people to think back if anything seemed unusual at that time, or to check their CCTV to see if there is anything from around that time that might help with our investigation.

‘We are also urging anyone who may know these people, who have caused these horrible injuries to this man, to do the right thing and hand them in.’

Anyone with information can call West Midlands Police on 101, quoting crime reference number 20/1757136/21.